Traits Of A True Entrepreneur

Traits Of A True Entrepreneur 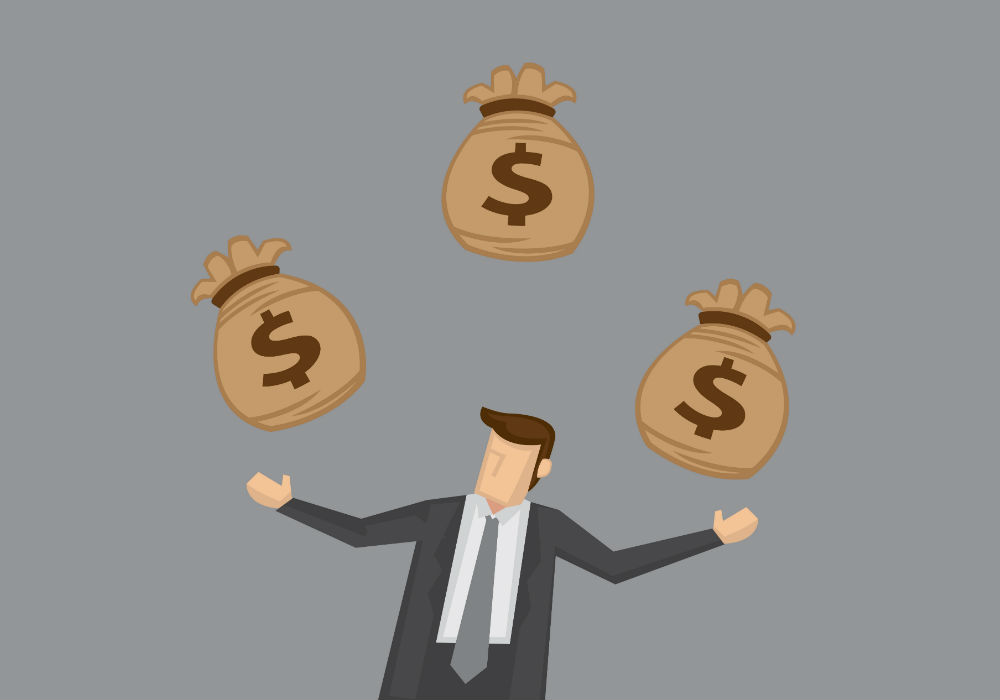 It seems like every other person wants to be an entrepreneur these days. One is often fascinated by the remarkable success stories about passionate young startup entrepreneurs who started their own companies and became millionaires. One takes it as an instant ticket to success. But what such eager beavers actually miss out on is the rocky road that includes long working hours, sleepless nights, followed by immense sacrifices, the fight for survival, and endless problems and challenges. When they come to terms with reality and realise that it’s not working for them, it’s too late.

Starting a business demands a lot of work. It is clearly not for those who want to do it as they got bored of their 9-5 job or for someone who wants become rich overnight. Anyone who has depicted this picture to you is either lying or has never actually taken on the responsibility of running an enterprise.

To be an entrepreneur, there are multiple things that are needed to be emphasized on and it is rare that one person possesses all the qualities needed to be successful in business. Here is a taste of my wisdom on what it takes to be a successful entrepreneur, through five inspirational stories of people whom I considers are my role models:

My father : My inspiration, My hero

My father, Krishnamurthy is a judge who belongs to a family of landlords. During his younger days, he desired to get into legal studies but unfortunately, keeping his family commitments into consideration, he couldn’t follow his passion and eventually settled for B.Com. He got into construction business and made a name for himself but his burning desire to study law didn’t fade away and he started studying law at the age of 39 when people of his age are usually settled in to a steady profession. My father used to study hard along with us and he made it big with good marks in the first attempt itself. An inspiration and hero for me, My father’s ‘never say no’ attitude is what is needed in today’s entrepreneurs. He is the one who made me realised that, it’s all about passion because if you really are up for something seriously, nothing can stop you from achieving it. It’s never too late to follow your dreams.

My Uncle : Understanding your customer

My uncle Nagendra Kumar Naidu runs a design firm for the past 15 years that has designed logos, product packaging’s, foils of major pharmaceutical brands. Before starting his own designing firm, he used to take orders from his clients, approach the designing firm, and ask them to design the logos, packaging boxes, foils etc.., for him. This process took a lot of time and made him realize that he should start his own firm. Initially, he just focused on the designing part, but eventually after studying the customer requirements, he entered into printing and branding as well. He turned his business into a one-stop shop for Pharmaceutical companies which gained him popularity and attracted a loyal customer base. His strength lies in well understanding the customer’s requirements and trying to solve their concerns before they suggest it. From my uncle, I derive the inspiration that to become a thriving entrepreneur, one must mold his business as per the client’s needs. He emphasizes on being ready with a solution before a customer asks for it.

Rakesh used to teach us Marketing at IIITB for the summer term. Rakesh used to work as a technologist in a corporate organisation and taught on the weekends or whenever an opportunity cropped up, without letting his passion to teach dilute his mainstream job. After me entering the corporate world, one fine day, I heard that my professor has left his well-paying job of a product manager at Intel. Startled, I eventually realised that it was his inner calling that provoked Rakesh Godhwani to take a plunge in pursuing his love for teaching and writing. This helped Rakesh discover himself and gradually he started the alumni office of IIMB as a way of serving his alma mater. Today, he is reaping the fruits of his labor and is able to enjoy his well-earned success without regret. His overall philosophy is ” If you love cooking, you cook. If you love teaching, you teach. Everything else falls in place”. According to me, Rakesh is no less than a role model for the entrepreneurs of today. You must follow your passion even if you aren’t making enough money. This will ensure that you do not look back and repent on lost opportunities. However, you definitely need to plan your finances beforehand.

I have always appreciated Shradha for her efforts in fortifying India’s startup ecosystem, ever since I have known her. But one day after reading an article about her , my respect for Shradha multiplied. Known for her immense positivity, the article showed a tougher and more resilient side to Shradha. Hailing from the patriarchal environment of Patna, Shradha Sharma belongs to a rare species of women who dare to do something different despite the odds. This highly successful entrepreneur had to go through a tremendous struggle to establish her startup. While planning to start her venture YourStory.com, she was discriminated for being a female and had to face many bitter experiences. One day when she was almost on the verge of finalising things for her venture, she got a call from home with some bad news that her mother had suffered severe burns. Without any second thoughts, she flew to Patna and took care of her mom while an intern handled everything in her absence. Unfortunately after few days her mother passed away but this didn’t break her will power. She managed to drive YourStory.com to the next level through the road less travelled. Shradha’s success story provides food for thought for all the entrepreneurs : if you are willing to transform the society with your efforts, no hurdle can stop you.

I came to know about Steve Jobs during my graduation days and immediately fell in love with the legend. As a leader of Apple for 30 years, this genius has revolutionised a majority of industries through technology like the music industry with iTunes and iPod, mobile industry with iPhone, and computer industry with iMac & iPad. He used to come up with ideas that could shut shop of industry competitors. When Steve jobs was made to go out of his own company which he had built from garage to a multiple million dollars giant, he didn’t lose his faith and confidence. In no time he started his own company called Next with his ex-apple employees who followed him for his vision. He started Pixar which has revolutionised the animation industry and post acquisition by Walt Disney he became Disney’s largest individual shareholder at 7% and a member of Disney’s Board of Directors. When Apple was on the verge of bankruptcy, he was called back for the company’s revival. Steve’s Next has become the core component in the new operating systems that Apple has developed post Steve’s return to apple. He pulled Apple out of jaws of bankruptcy and made it a world leader in computer industry and a billion dollar company. This one man completely changed the fate of Apple. Steve Jobs’ story can be an inspiration for young entrepreneurs on how to approach entrepreneurship, sales & marketing, product design in completely innovative ways. He is a true out of box thinker.

What is the takeaway

If we look at all the above stories, it clearly shows that all the successful entrepreneurs share some common traits – passion, confidence in themselves to take up a new challenge everyday and in their ability to sell their ideas for setting up a business. A true entrepreneur must be filled with passion & determination to bring about a difference and approach one’s ultimate goals with greater confidence and a greater desire for success. Most importantly entrepreneurs should have patience and should give enough time to theirs idea for maximising the result but at the same time entrepreneurs should be smart enough to take a call on when to start and when to close a startup as timing plays a major role in a startup journey.

Entrepreneurship is a calling, not a job. Once you find your true calling then nothing in this world can stop you.