Tips From A Serial Entrepreneur To A Bootstrapping Startup

Tips From A Serial Entrepreneur To A Bootstrapping Startup

With less money, bootstrapped entrepreneurs should always look for the most ideal returns on even the smallest of investments

Given the way they operate, bootstrapping startups need to keep their debt at a minimum

A half-baked idea can only go so far before being drowned in the sea of anonymity. 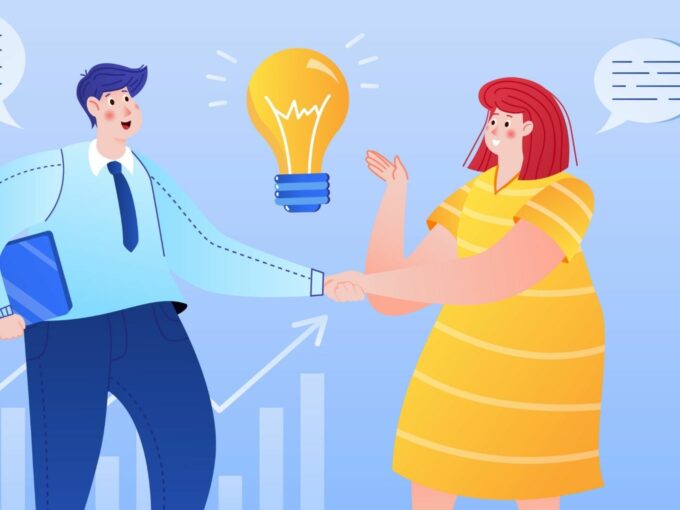 It’s a well-known fact that most serial entrepreneurs of today were once struggling to make ends meet at their bootstrapped ventures. They know exactly what it takes to turn a vision into reality. But unlike a new entrepreneur, those seasoned in taking ventures from a mere idea to a big business do not get overwhelmed by the constant rhetoric of naysayers stating how business is ‘no child’s play’ and how it requires ‘big money’ to survive.

Their mantra for the new kids on the block is always this, if you have an idea that you believe in, jump into realizing it wholeheartedly. But first, keep in mind the tips mentioned below so that the risk you take is actually worth it-

With an idea in mind and a coffee in hand, you look at the office space in front of you and imagine it full of the choicest furniture, swanky laptops, soda vending machines and whatnot. Your reverie, however, is interrupted by a message on your phone, which reminds you to take care of the more immediate concerns, such as paying the electricity bill for your office. That text is probably just the reality check you needed.

Dreaming is good. Necessary even. But to remain in that world without addressing the present concerns is the sign of a person who does not have a sense of priority. With less money, bootstrapped entrepreneurs should always look for the most ideal returns on even the smallest of investments. A business which is able to inculcate such habits early on develops great operational efficiency and good unit economics later on.

Given the way they operate, bootstrapping startups need to keep their debt at a minimum. Loans taken to meet business expenses can put enormous pressure on your venture as they become a recurring expense. EMIs, therefore, must be avoided wherever possible. Any business needs a gestation period to achieve profitability, and the task becomes much more difficult with EMIs looming large every month.

During the initial phase of a startup’s journey, every bit of business is important. Therefore, as an entrepreneur at the helm of a bootstrapping venture, do as much work you can and never refuse a client that you can turn into a loyal, profitable customer later on. Acquire as much business as you can, even if it means sometimes working on break-even points. Just make sure you don’t do deals that could end up in a loss.

Grab All The Freebies You Can

Used laptops from friends, an unoccupied garage or basement, equipment, transportation, grab whatever you can if you are getting it for free or at a negligible rate. At the inception, these assembled resources are extremely handy and can contribute significantly to cutting down on costs. Remember, however, to not take these resources for granted and acknowledge the efforts of all your collaborators whenever you have the means to do so.

You have been living like a glorified pauper. In such a situation, when you suddenly land a big client loaded with money, you might feel like taking it easy for a bit and celebrating your growth with a party or two. This is exactly the kind of thing you should avoid doing. Even if your company’s revenues increase, the discipline of running it like a bootstrapped organization helps in minimizing insignificant expenses. That said, however, employees and personnel should be provided with financial and non-financial compensation that keeps them at the peak of motivation.

Overstaffing is one of the worst things that can happen to a bootstrapping firm. With funds in paucity, optimal recruitment is one of the most significant aspects of a startup. Also, recruiting people with multiple skills should be given prominence. Performance-based incentives and bonuses act as great motivators for improving employee productivity.

Use Free Media For Getting The Word Out

Social media is a boon for bootstrapped organizations as it helps to achieve that much-needed visibility for free or with minimal expenditure. Furthermore, social media provides a great scope to connect to a vast consumer base and get instant feedback about their tastes and preferences as well as your services. Hiring social media analysts is essential for a bootstrapped firm to quickly achieve business spotlight.

Before you put your idea into motion, it is very essential for every bootstrapping entrepreneur to extensively evaluate the viability of their business idea. Carry out surveys, conduct detailed discussions, and study past industry estimates on a personal level. Remember, once you involve other people, your degree of responsibility and answerability assumes bigger proportions and you might just not have the desired amount of freedom anymore. A half-baked idea can only go so far before being drowned in the sea of anonymity.

These are the fundamental steps for keeping the overall business transactions in control, and data analytics will help you immensely in this task. From drawing up cost estimates to preparing a consumer preference analysis, these tools can help provide a microscopic view of the business as a whole. They can also help identify specific points of concern and to ensure smooth functioning in the long run.

Internet startups are vastly cost-effective when compared to conventional business setups that have been around for more than 300 years. Thus, a bootstrapping startup has more chances of surviving, and flourishing, than ever before. A bootstrapping entrepreneur must be proud of his passion and caliber, but at the same time should not be complacent or get used to it.

At the end of the day, it is the idea and the power, feasibility and practicality it exudes which is important, and the ideator should try and realize the potential of an idea by going all guns blazing. If your project has real substance, ultimately the money will follow you like a common cur in the street with its tail between its legs.