India and China account for 70% of 2.1 billion e-wallet users in the world

Going forward, businesses must adhere to localization factors in India and other Asian countries for a better reach 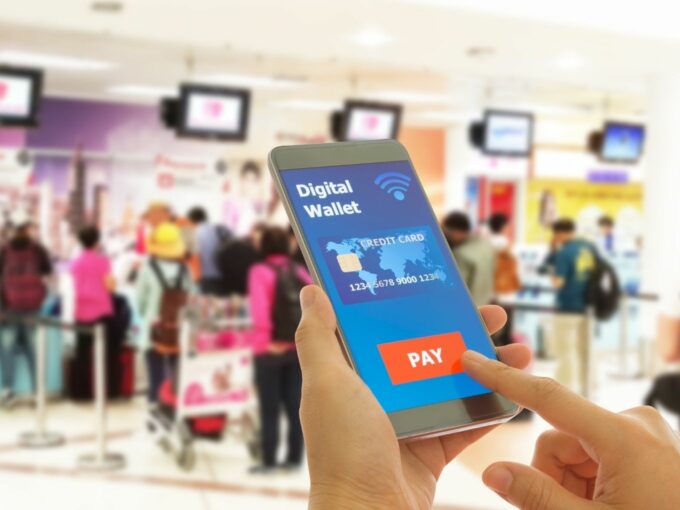 In November 2016, when India declared all its currency notes as illegal tenders, the conservative roadside vendor had no choice but to accept payments in e-wallets. Paytm, which was a growing brand at that time, plunged from 125 million users to 185 million users in less than a month and making India as the epicenter of all the action in the e-wallet business.

Ever since then, local and foreign e-wallet brands have not looked back. India and China account for 70% of 2.1 billion e-wallet users in the world. Such a massive adoption of digital finance shouldn’t be a surprise for Asia; a region that is already leading the mobility game. The densely populated continent bring on board tremendous opportunity for the businesses to entice millions of users. In the wake of new trends kicking in, the e-wallet service providers have a lineup of trends to foresee and sync in with.

So far, e-wallets have been mostly used by urban populations with a higher educational background in countries like Indonesia, Bangladesh, Vietnam and Malaysia etc. Given the rise of smartphone users among the underserved in small towns and villages, businesses have a greater opportunity in these untapped areas. For instance, only 14% of surveyed unbanked people use e-wallets in Indonesia, 17% in Vietnam and only 9% in Malaysia.

Changing The Conservative Mindset Of Retailers

This is one of the major bottlenecks in the widespread adoption of e-wallets. Merchants in most parts of Asia, especially those in small towns hesitate to move on from traditional processes. Minus the progressive countries such as Singapore, China, or India, most others have shown a sluggish rise in usage. 28% of surveyed retailers accepted payments in e-wallets which is fairly behind credit cards (35%). However, willingness to experiment with newer payment channels is there; an opportunity brimming for e-wallet service providers.

Riding The Wave Of Social Selling

The densely populated countries of Asia hold one-third of global internet users. Given the highest social media penetration rate (70%) in the world, Asia is a preferred choice for the brimming social commerce market that operates closely with e-wallets.  84% of the surveyed users (Hootsuite survey) confirmed purchasing social media.

As the world embraces social shopping, Asian countries have shown impressive readiness towards the trend. Subsequently, e-wallet usage will see a surprising jump in the curve, putting the continent ahead in yet another digital trend.

Leading From The Front – E-Wallet Names To Look Forward To

While creating a comprehensive report of leading players in the Asian e-wallet market, Expersight found that only a few foreign players could fit in the contrasting cultural setup while many others surrendered.

STICPAY, a London based e-wallet Solutions Company grew by 300% in less than 2.5 years of operations. As an inspiring use case for several other European companies, STICPAY quickly adopted to the multi-cultural ecosystem of South-East Asia and connected with the common user through personalized brand pitching. Moreover, the digital wallet features a crypto-fiat exchange of currency value that made it one of the earliest wallets in the league.

However, Alipay, born and brought up in China continues to pioneer the services in the digital finance ecosystem. Founded in 2004, the company has a growing community of more than a billion users. As one of the largest digital service providers in the world, Alipay is solely credible for embarking the trend of digital payments in Asia starting with China. The country actualized its digital leadership vision through Jack Ma’s brand that has outreached all peers in the world.

Singapore’s endeavor to go entirely cashless gained momentum when Grabpay, a local e-wallet solution confirmed 77% of all transactions on its parent platform Grab were done through the wallet. Covering more than 10,000 retailers in the small size country, Grabpay has extended operations in other Asian countries.

Digital transformation holds great importance for India. It has emerged as the single largest tool to detach the conservative mindset of the masses and produced greater avenues for the highly adaptive consumer. Millions of mobile users consuming unimaginable volumes of data is a great sign for the fast-paced country and mobile wallets are an important contributor.

No doubt the country was always a preferred destination for global enterprises, the mobile payment revolution actually seeded in the 2016 demonetization that added 207% more consumers to the pool. Not only did it embark on multiple mobile wallet conglomerates such as Paytm and MobiKwik but also positioned mobile wallets alongside mainstream channels such as debit/credit cards.

And the seeds sown in 2016 reaped greater returns during the pandemic of 2020. Indian consumers and service providers alike took no time to imbibe mobile payments as a crucial medium to go contactless. Subsequently, the 37% rise in mobile transactions during the period didn’t happen by surprise. Add to it, the government’s aggressive Digital India campaign spearhead by UPI assures this as the best time to venture into the country of limitless opportunities.

Going forward, businesses must adhere to localization factors in India and other Asian countries for a better reach.

Beyond swanky stores, it is the usage from the roadside vendors that makes Asia an arresting market.

As per Reuters, street vendors in Ho Chi Minh City accept payments in all major e-wallets.  This is an impressive trend as the customers are more likely to find a retailer that accepts e-wallets than switching to any other payment mode.

One of the major factors contributing to such impressive success in Asia is the forward-looking middle class that doesn’t shy away from experimenting with new applications. At the same time, it is the hunt for a fast and secure payment mechanism that attracts the small business class that otherwise finds it complicated to process and liquidate credit card payments. Going forward, it is the exceptional customer experience that the service providers must leverage to cement, excel and grow.