People share all parts of their lives on social media, starting from what they ate for lunch to what their political opinions are

If social media becomes a more equitable space for people from different communities, it can reflect in the transformation of offline-spaces as well 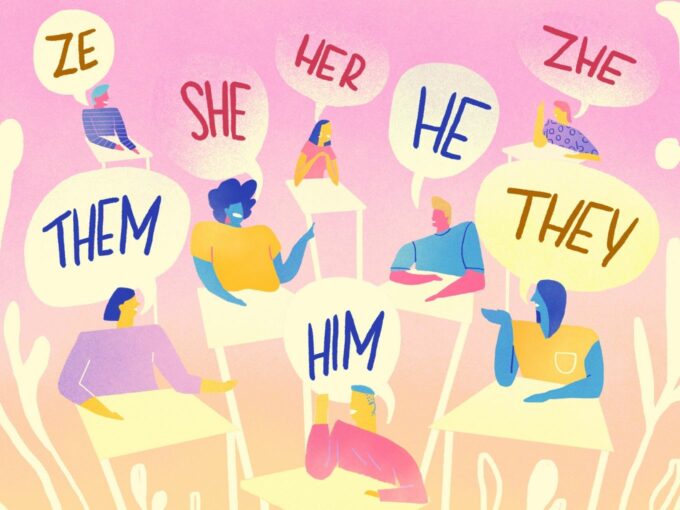 “In the social jungle of human existence, there is no feeling of being alive without a sense of identity.”-Erik Erikson

Social media is a drastically polarised world. You will find voices that are vehemently opposed and unconditionally accepting of any topic that is brought up in the same space. The online space shifts its paradigm as per the mentality of society in that time and age. People now gather around a common webspace, to discuss, socialise or request support from others. Social media platforms comprise of people coming together for various reasons.

They could join LinkedIn for professional networking, show off their dance skills on Instagram or debate politics on Twitter. Despite the purpose of the community, the internet is a place for all. Everyone has the right to voice their opinions and to express their identity without feeling threatened.

Now that social media has become a prominent part of everyone’s daily lives, the question arises on how represented do people of non-male genders feel on these platforms. Women and other non-male genders make up a large proportion of the worlds’ digital population. As of 2020, 38% of global social media users identify as female. These statistics, however, do not include those who identify as non-binary, transgender, gender fluid etc. Therefore, the number of non-male users, in reality, is much larger.

Unfortunately, even this modern version of public space is just as gender-biased and gender ignorant as the offline version. Despite the sense of empowerment that exists when their voices are ‘retweeted’ on Twitter and ‘liked/shared’ on Facebook, it is still far from the utopia of equality – or recognition that they are entitled to.

For example, in 2018 Twitter made a change in their terms of service stating that any user who deliberately targets a trans person specifically to misgender them could face permanent suspension. However, despite this, the community of users did not witness any real change in their online interactions. Reports show that one in ten or 12% of the comments about being transgender is abusive in nature.

Along with the active hate that people face online, it is also common for users who are not male to be silenced. The #MeToo movement and its subsequent repercussions are a striking example of the same. Women who shared their experiences of sexual harassment and those who supported them have to deal with smear campaigns directed at them along with being victimising and re-victimising through defamation suits filed by the men they named.

Journalist Priya Ramani was dragged to court by former union minister MJ Akbar, who has been accused by multiple women of predatory behaviour over a long period. Such behaviour directly deters women’s attempt at soliciting help or solidarity from strangers in the public domain when their friends and family fail them in private.

People share all parts of their lives on social media, starting from what they ate for lunch to what their political opinions are. Therefore, why should sharing their identity be an exception? They can begin the process by simply allowing people to identify with their preferred gender, and not just man/woman, at the time of signing up for the platform.

Within the context of growing concerns over freedom of expression and the right to privacy, the rules of expression for non-male users seem to differ. Platform community guidelines must ensure that they prevent bullying and trolling of people of any gender, regardless of personal opinions.

Society’s opinions are capable of change. This change begins on a micro-level and has the potential to influence many minds. If social media becomes a more equitable space for people from different communities, it can reflect in the transformation of offline-spaces as well.

Chief Justice Dipak Misra reiterated the sentiment in landmark judgment abolition Section 377 of the IPC. He stated that “The emphasis on the unique being of an individual is the salt of his/her life. Denial of self-expression is inviting death. Irreplaceability of individuality and identity is a grant of respect to self. This realisation is one’s signature and self-determined design. One defines oneself. That is the glorious form of individuality”. It is now time for the online space to take the lead and echo these words in their policies.

[The article was co-authored by Maanya Vaidyanathan, senior policy and engagement manager at The Dialogue and Kazim Rizvi]