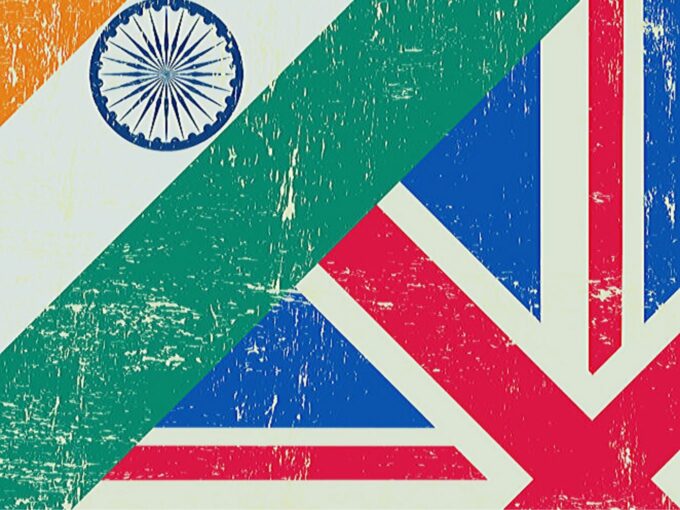 Startups have gained momentum around the world in the last decade and are driving economic growth. India and the UK have established themselves as major hubs for startup business in Asia and Europe respectively as they are home to a sizeable number of startups that have attracted a significant amount of VC funding.

Below mentioned is a comparison between the UK and India’s startup ecosystem.

The UK continues to be an attractive destination in Europe for Asian venture capital (VC) tech investors, with British tech companies attracting a record $2.8 Bn worth of VC funding. Notwithstanding Brexit, the maximum amount of investment from Asia flowed into the UK more than to any other European country, with the likes of Germany ($0.5 Bn) and France ($0.2 Bn) lagging far behind.

Major funding rounds for London companies in 2019 included: an $800 Mn mega-round for London based insurance tech company, Grensill; a $575 Mn Series G Round for Deliveroo and a $440 Mn in funding for London-headquartered fintech company, OakNorth.

The amount being invested in early-stage UK companies also increased, reaching $5.1 Bn in 2019 up from $4 Bn the year before. At the higher end of the scale, a total of $5.4 Bn was invested in rounds exceeding $100 Mn in 2019 – more than twice the amount invested in such rounds during the same period last year.

Of the highest-value UK rounds, five companies raised more than a quarter of a billion dollars each, and three of those exceeded half a billion in a single round.

These deals also fuelled, in part, a surge in the UK’s best performing sectors – fintech, AI and deep tech, and clean energy in 2019.

Again, when compared with Germany and France, UK fintech firms raised $5.38 Bn last year – an impressive 7.5 times the amount raised by French fintechs, and three times as much as fintech firms in Germany.

In the Indian Tech Startup Funding Report in Q3 2018, it had further predicted that the funding amount in Indian startups would hit the $12 Bn mark with 748 deals for the calendar year of 2019.

Both India and the UK have a fair number of unicorn companies established in their markets. UK has over 77 unicorn companies that include companies like Benevolent AI, Monzo, OakNorth amongst many others. Last year, the UK had eight tech unicorns (value at over $1 Bn). It includes London’s

London remains the top place in Europe for creating high growth tech businesses, with the research revealing that the UK capital has created 46 unicorn companies. Some of the London companies joining the unicorn club in 2019 included: Checkout.com, Babylon and Sumup.

At a national level, the UK’s tech sector was also boosted by the news that it has added a further eight billion-dollar companies to its list of unicorns – taking its total number of tech giants to 77. The amount being invested in early-stage UK companies also increased, reaching $5.1 Bn in 2019 up from $4 Bn the year before.

And while London remains the leading city for unicorns in the UK, having produced a total of 46 since 1990, Manchester, Oxford, Cambridge, Edinburgh, Dublin and Bristol have produced a combined total of 24. Of the latest unicorns to join the list, OVO Energy adds to Bristol’s tally while Cambridge-based CMR Surgical pushes Oxbridge’s total to 11.

What’s more, a further 96 startups and scaleups have been listed as having the potential to reach unicorn status in the coming months.

India had 24 unicorns, which makes it the third-highest number of such companies in a single country the world. The Indian unicorns include some of the successful companies like Zomato, Twiggy, Ola, Oyo, and Makemy trip and many more.

As per the Nasscom report, around 71% of 2019’s unicorns are business-to-business (B2B) focused, while 57% are from emerging and nascent sectors such as gaming, automotive and supply chain/logistics.

In India, the market valuation of Indian startups is growing significantly because of government initiatives like ‘Make in India’, ‘Digital India’, ‘Skill India’ and ‘Startup India’ that are aimed at creating a conducive ecosystem for business growth and are working towards promoting ease of doing business in the country.

The UK has secured its place as one of the best places in the world to do business according to the World Bank’s latest ‘Ease of Doing Business (EoDB) 2020’ report. As per the report, the UK ranks as the 8th in the world for its business environment.