Startup Closures, Tightening Investments: Where Is Your Idea Headed?

Startup Closures, Tightening Investments: Where Is Your Idea Headed? 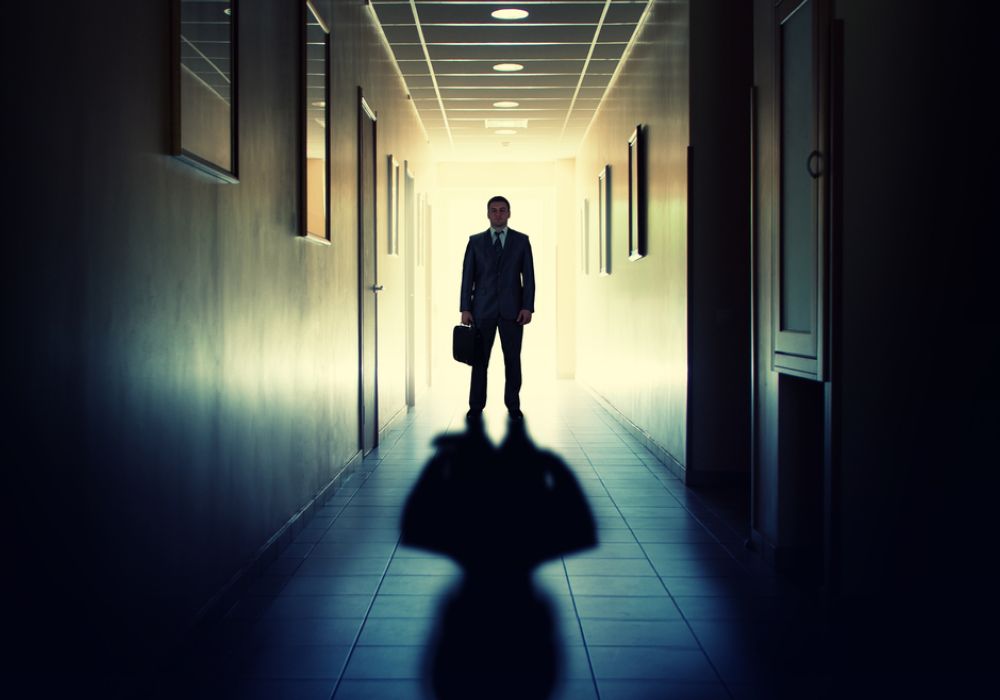 2015 saw more than $8 billion being invested by venture capitalists in Indian startups. You cannot deny the fact that most of these half-baked, copycat rental models of business are the beneficiaries of the same Indian randomness that has given us the UPSC and IIT bubbles in the past.

Statistically, multiple rounds of funding have distorted proper evaluation and given an amicable cover to most of these companies who consistently dwell on the same runaway funds until nothing can be done. All is a stellar success until it comes down falling in a way worse than the dominos!

Dazo, Done by None, Lumos and so many other startups that started with the utmost zeal and were backed by some of the strongest global VCs and professionals have failed miserably, with record losses and colossal failures.

So what guarantee do you and your idea have? For a normal middle class professional like you and me, a startup is a risk, which promises great rewards. Develop a prototype, get funded, launch and then what? Have you ever pondered over these very real questions?

Something Strange Is Happening

Here are some interesting stats for you. Just take a few calm moments and go over them. 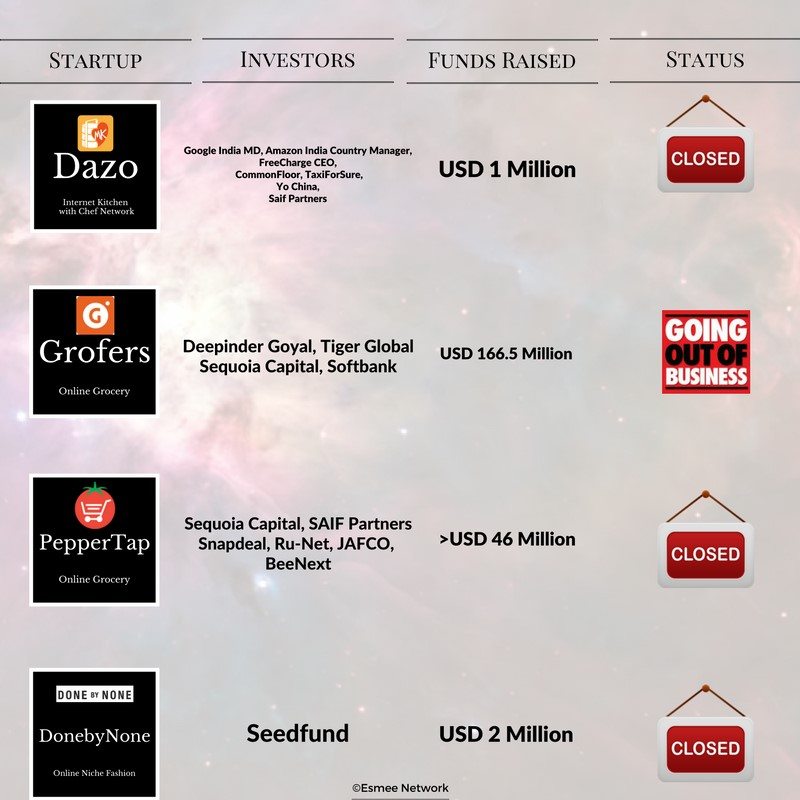 Did these startups have backing from the most successful and high-profile VCs? Yes.

Did these startups have less than enough funds to indulge in marketing, customer acquisition and boost sales? No.

And when you research them over, you will find that the founders were or are associated with high profile positions of utmost responsibility and have performed excellently there! So, what happened? Seems strange, doesn’t it? Well, the devil is in the details.

The above list is just a general overview of some spectacularly disappointing numbers but there is a host of funded failed startups that started on the dreams of being evergreen unicorns. To know this, you need to take a deeper look at how the current system actually works.

I don’t look to jump over seven-foot bars: I look around for one-foot bars that I can step over.
– Warren Buffet

The ideology behind startups based itself in a financial standpoint rather than a growth-based one. Those ventures that invite quick traction attract quicker rounds of funding. On the other hand, startups with niche-based models that might work well with strategic investments are kicked out, because their ROI over time isn’t that great!

This approach will sooner or later collapse on itself, as it did on the failures on our list!

Businesses are plainly failing because they cannot raise funds. Take Langhar, a Delhi-based service for freshly cooked meals, for instance. Now, we can clearly see that the niche-based idea can create traction, but it cannot happen over a year! Same goes for startups like OrderSnack, Eatlo, Freshmenu who are currently desperately fighting for funds whereas their focus should have been on developing and growing their business.

This fight for funds creates a gap. This gap is filled with incompetency, dependency on third-party technology in order to expand quickly and a trademark loss of initial core vision. This fosters a permanent rupture in any startup’s future.

If you find this unacceptable, read the latest Zomato news: The restaurant aggregator has been running into problems every now and then, and measures such as mass downsizing are now being used.

The problem is not limited to just foodtech startups. Even ecommerce suffers the same predicament. Look at portals like Jewelskart, Bagskart and Watchkart — sites that closed down simply due to more competition and less traction. However, LensKart invited further funding due to increased traction levels in its niche.

Another IoT-based startup Lumos, that closed earlier this year, proves that the problem is deep rooted in the basic startup framework. The founder, Yash Kotak, outlined five reasons for failure:

– They were neither experts nor target users of the product they were trying to sell!
– No due diligence before the product was built.
– Sunk cost biases affected their pivoting decisions.
– Tried to do everything for everybody.
– Underestimating hardware.

The Crux Of The Problem

How can a funded startup and its team members not evaluate such primary factors before going ahead with their plans? After these five reasons, I would certainly ask Kotak whether they actually had any plan or was it just real-time planning based on the funds they generated?

This is an outcry of not so affluent dreamers, the Non-IITian, the Non-IIMs and all those people who have ideas and dreams and do not possess branded institutional degrees of experience to mask the utter flaws in their model.

Don’t base your product’s future based on how many rounds of funding you might get!

The same goes for the affluent ones, the people who have the capacity and network, the mental framework and the institutional brands. I don’t mean to offend you. But if you don’t see the bubble, the problem that we are creating all over, then there is no choice but to hold learned people like you responsible. Raising funds is not the wrong option.

Equity is how any private business ecosystem thrives but it shouldn’t be used to rig the game and present a picture that’s actually not true.

How Can You Really Uplift Your Idea Into A Successful Startup

Just go over the histories of the most successful companies in the world across the historical timeline. Notice the point in their timelines where they actually went for investments.

Like the good old saying goes: Rome was never built in a day. Even if you have gazillions of dollars in your current account, you still will not be able to build Rome in a day.

If you think that the economy is tightening and funds will be scarce to find, then I must confess something: the economy dwindles every day, it is scientifically impossible for it to remain positive.

What can remain positive is your business, your idea that can be groomed into a stellar revenue generating business based on patience and growth-driven strategy. For once, base your ideas on supply and demand and not on the money it can attract. You will start seeing practical results.

Timing, perseverance, and ten years of trying will eventually make you look like an overnight success.
– Biz Stone