Social Media And Elections: It’s Your Brain, Don’t Wash It!

Social Media And Elections: It’s Your Brain, Don’t Wash It!

In politics, as happens in product and service branding, politicians create their brands

Political marketing has a single goal: win the elections and ascend the throne

As social life gets confined to social media, it becomes key to influence political behavior 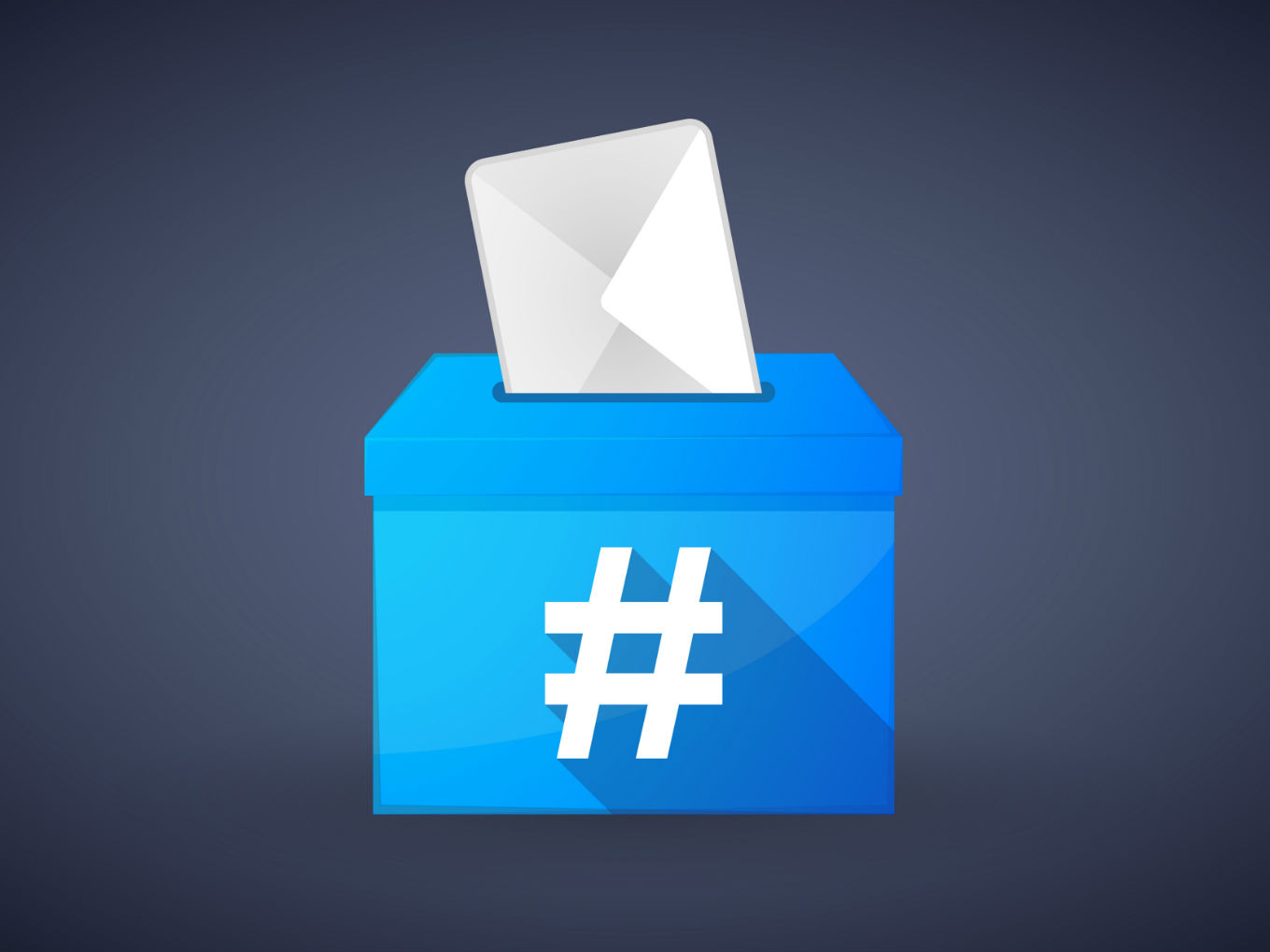 This is the face of election campaigns today. But how do politicians and political parties communicate and connect with voters? The answer to this question lies in your smartphone. The rise of social media has changed how political communication takes place across the world.

Political marketing has a single goal: win the elections and ascend the throne. For this purpose, political parties hire PR and advertising agencies and social media experts, who design short-term as well as long-term media plans. The modern science of politics sees voters as consumers; so-called leaders and servants of public want to ‘sell’ them and voters have to ‘purchase’ those politicians in the elections.

In politics, as happens in product and service branding, politicians create their brands. To build a strong image, candidates resort to all ways and means. The widespread presence of social media is a cheaper way to persuade voters to vote for a particular party or leader.

How are voters influenced or persuaded? What makes voters change their perception? Are politicians motivated by altruism? This article answers all these questions and sheds light on the behind-the-scenes reality of social media.

Here, the ‘Good’ is for politicians; for voters, there are just ‘Bad’ and ‘Ugly.’

A successful leader creates a strong political subterfuge. In modern politics, it is a smoke-screen behind which politicians hide their ulterior motives while voters see a completely different picture on the façade.

Social media plays a vital role in creating this facade behind which politicians hide their real face; on the front, they show the public a beautiful picture of an ideal state they wish to create. There are many other marketing channels, but social media offers better reach to the mass.

To answer this question, let’s go back to the times when social media was not born. Cafeterias were the meeting points, where the finest orators would deliver fiery speeches in favour of or against any political party.

Earlier, our political behavior was controlled mainly by friends, family, and peers.

How social media changed the face of politics?

The current state has changed our political behavior, which is influenced by social media. From dawn till dusk, we receive messages over Facebook, Twitter, and WhatsApp. The content is generated by marketing agencies and IT cells of parties. Candidates also hire social media experts to build a strong image to win the election.

Our social life is confined to social media channels, and therefore, these channels have become key influencers of our political behavior. TV, Internet, and Newspapers are a click away. And people enjoy the freedom to make comments and express their opinion.

Humans inherit this herd instinct. From time immemorial, historians have scribed this instinct on the pages of chronicles of human evolution. Basically, this herd behavior is “the natural tendency in people or animals to behave or think like other people or animals.”

Instead of using logic or reason, people use this tendency to follow without asking any question. Politicians who wish to come to power like such people, who don’t ask questions. To take advantage of this herd mentality, social media experts engage people online.

But how? This exercise of engaging voters begins with creations of pages not relevant to any political agenda. Initially, experts generate content that is used as bait to attract people. When enough people band together, the moderator, slowly and steadily, converts that page in a political debate.

People barely notice this gradual transformation and join the debate. Now, the moderator starts posting aggressive political contents to polarize voters. Following the mob mentality, users also follow such posts and get influenced by the ideas of moderators.

When moderators feel the polarization of voters, they speed up their efforts to add more pages in support of a particular political outfit. By sheer vehemence of loud opinions in favor of and against a party or a candidate, “belief often gets precedence over reason and conformity over individual judgment”.

Reach is the keyword.

A smartphone, loaded with cheap data and nearly all the popular apps, is the most rampant phenomenon on urban streets. This allows content creators to craft a message that gives audio and visual appeal to voters.

Voters regularly receive such messages that inspire them to vote for a specific party or leader. But this doesn’t happen overnight. Unlike traditional media, social media has better reach and cost-effective plans.

Using machine learning, media planners get the right information about demography and psychography of target audience. Based on this research, messages are crafted and sent to people.

How The Messages Affect Voters?

It is a fact universally accepted that politics today has become idol-centric and every other ideology is demolished. To create a persona that people connect with, political marketing agencies use different social media tools. A presidential candidate becomes the face of a party as the party is pushed behind that strong frontage.

By adopting smart communication strategies, agencies go to extreme degrees to maligning the rival candidates. Mud-slinging on social media reaches new heights as the election dates near. For this purpose, agencies resort to fake news and misinformation. It is in this background voters should see the case of Cambridge Analytica.

In the heart of our hearts, humans are guided by tribalism. Since people are loyal to our tribe, they tend to follow leaders from their tribe. They give ‘Likes’ and write comments on what is posted by the leaders belong to their tribe. By this gesture, people support and cheer the leaders even if they are doing something wrong.

Political leaders, on the other side, take advantage of this behavior and attitudes of people. They know the voters from his tribe would believe his words, and therefore, they begin to disseminate misinformation, fake news, and anecdotal evidence from the pages created for social media marketing.

Based on the tone of communication, people react with fear, anger, and hatred. This is the art of polarization. Voters are separated into two groups with opposite opinions. This is similar to the process of identifying your target audience in marketing.

Once a target audience is identified, it is easy for marketers to sell products or services. In political marketing, voters are consumers and candidates are products.

Politics is all about perception. According to the Oxford Dictionary, perception is “the ability to see, hear, or become aware of something through the senses.”

In his article, Vikas Singh emphasizes, “Historically, politicians strive to understand the perception of voters and accordingly prepare their communication strategy. This awareness of a voter is influenced by her learning, experiences, and political socialisation.”

The idea of perceiving voters as consumers came from the modern day philosophies of branding and marketing. Marketers know that consumers have too many choices to purchase. To stand out of the crowd, companies create a unique personality of their brands and infuse human elements in them.

With its unique identity, a brand invites consumers to connect to it as consumers “perceive” a particular product as a problem solver. Similarly, politicians make sincere efforts to become a saleable product for voters. In the process of election, voters buy a candidate.

Since perception is connected with senses, a powerful political message establishes an emotional link between a politician and voters. This emotional connect motivates voters to vote for a specific candidate. The personal gut of voters overpowers any logical study of the political leaders, and as a result, a candidate with emotional and robust message succeeds to win the final vote.

The virtual world allows everyone to create a clone of himself. This virtual personality can be completely different from your original one. Politicians make the most of this phenomenon as people, who connect with them on digital medium only see a part of the face.

Since voters use their perception to elect a candidate, this virtual personality overshadows reason or logic. When voters go for voting, their perception of a particular candidate motivates them to vote for him or her.