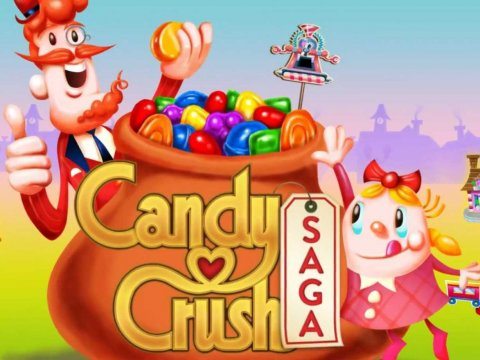 The incredibly addictive game, Candy Crush Saga by Dublin based company; King Digital Entertainment Plc. has filed papers with the U.S. Securities and Exchange Commission for an IPO. According to the filing, it plans to raise upto $500 Mn, which could make it the largest public company in the game industry.

Candy Crush Saga went viral last year and became the most-downloaded game of 2013. King offers 180 games in 14 languages through mobile phones, Facebook and its own website, but is heavily reliant on Candy Crush Saga, which brings in about three quarters of its revenues. The company says its games are played more than 1 billion times a day. The developers are earning approximately 633,000 dollars per day from Candy Crush saga games users. It is certainly one of the most popular games of the decade, if not all time.

What made Candy Crush Saga addictive?

The “freemium” model that the game uses to monetise itself has made it popular. So, although people can play the game for free; features like “extra lives”, interesting add-ons, and access to higher levels are to be bought separately. Such a combination of free downloading and money for extra features has made the game extremely popular.

By the time people get addicted to the game, they didn’t mind paying extra. The bright colours of the candies, ability to play from any level or any point of the game; and the fact that the game is easy to understand but has multiple levels to keep the users challenged, has lead to increased sales. Like Tetris and Bejewelled, previous games with similar concepts, Candy Crush Saga’s easy yet challenging levels has kept the users engaged with the game for long time.

This step by King Entertainment has  posed important test for investors: Can the hugely profitable but fickle new smartphone-games industry be sustained? Although Farmville crashed, there still seems no significant dip in popularity for Candy Crush Saga. This is an issue King acknowledges in its filing: “Our continued growth will depend on our ability to regularly develop new games and enhance our existing games in ways that improve the gaming experience for both paying and non-paying players while encouraging the purchase of virtual items within our games,” said the company.

How far the smartphone-game industry will go and what all new games it will bring for us. We have to see.