Real Businesses Do Not Start With B-Plans, But Instead With ‘Plan-B’

Real Businesses Do Not Start With B-Plans, But Instead With ‘Plan-B’ 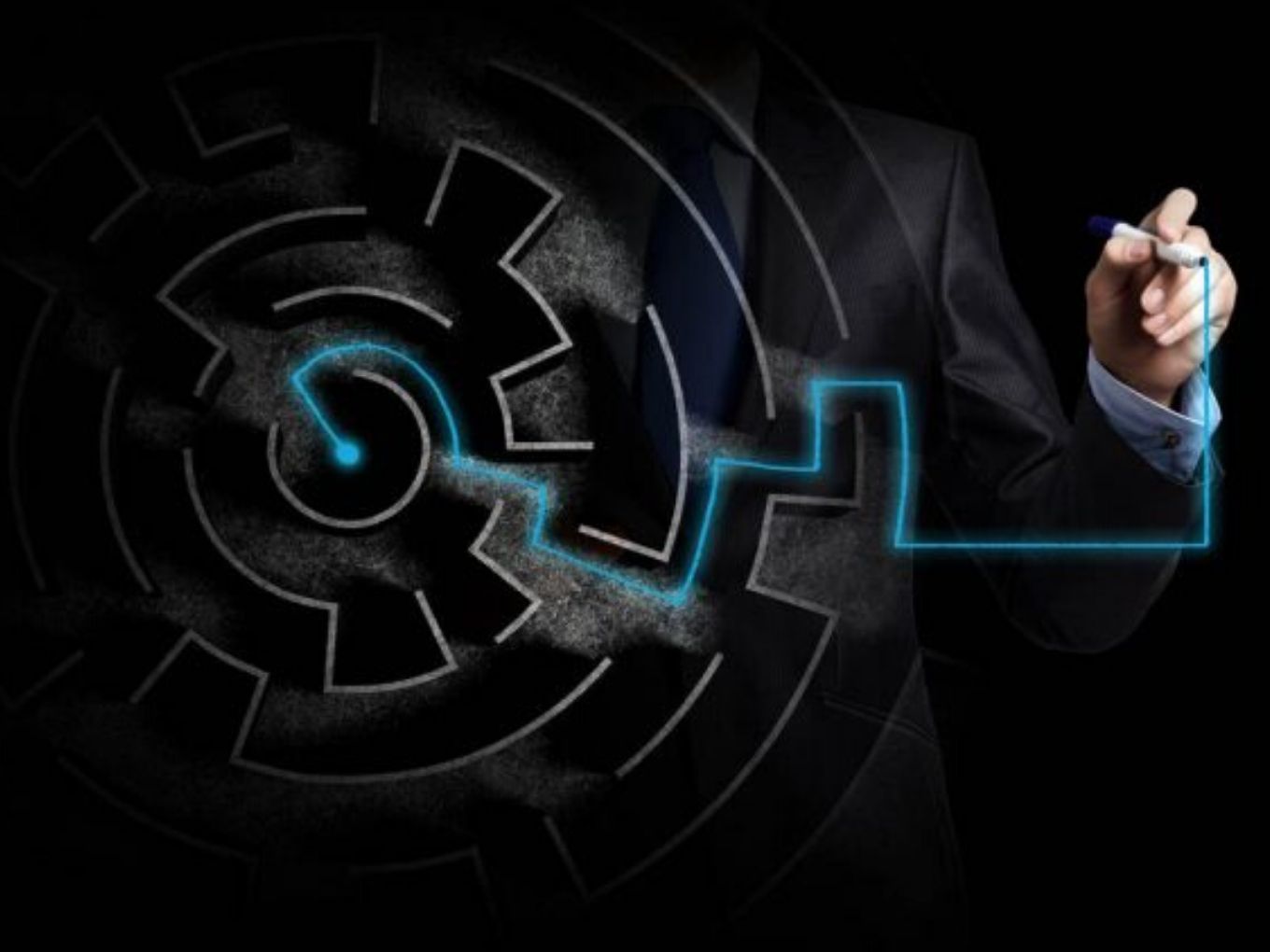 Jeff Bezos, arguably the most successful businessperson of the present times, once quipped, “Any business plan will not survive its first encounter with reality. The reality will always be different. It will never be the plan.” And yet scores of entrepreneurs cannot get over with an “improved” business plan.

The swaths of B-Plan Contests, both by corporate and business schools, is an indication of the fervent proportions the “Business Plans” (on paper) have taken. Many of these B-Plans start and end on a laptop, inside a dorm, without stepping out into the real arena, speaking to customers in flesh and blood, “living” the pains and anticipating the gains.

Resultingly, even the winners of B-Plan contests find it difficult to pull off real ventures and secure significant currency, first from the investors, and then (hopefully) from the customers. The “Plan-A”, with its lofty assumptions and elegant computations fall flat as the entrepreneur have their first encounter with the actual customers. The first reaction is often to dismiss the customers as “immature” and stick to the Plan-A, before the starting team is knocked back to the drawing board, and then emerges the sober “Plan-B” with relatively improved odds of success.

In this article, I offer three recommendations for aspiring entrepreneurs and those seeking growth on how to make their business plans more robust and shorten their learning curves.

Most entrepreneurs spring up with “I have an idea” in their mind. Though their relatively well-rounded presentations do talk about the total addressable market, or even “voice of the customer” the latter are nothing more than the optics to impress the audience.

The idea is firmed up long back and does not get contested before it gets too late and a lot of money and efforts have gone in an ill-fated direction. Certainly, passion has a place in conceiving an idea, but equally important, if not more, is realism, especially when the idea is to solve somebody else’s problem and not yours’.

Let us understand the genesis of such entrepreneurial ideas. They typically come from three sources: technological advancements; entrepreneurs’ own experience, gut feel, or sheer common sense; or a deep understanding of the customer and the market.

The businesses around personalised medicine, online commerce, video conferencing, mobile payment, voice authentication, or even painless surgery are made possible because of scientific and technological advancements. But even in such cases “technical feasibility” must be married with “customer desirability” and “business viability”.

That is one reason why Quantum Computing has not got many real-world use cases yet, or, for that matter, the Blockchain technology has not become mainstream. Progress on communication technology is what the MIT professor and researcher, Irwin Jacobs, leveraged to start Qualcomm. Dr. Herbert Boyer’s work on genetic engineering at the University of California led to the creation of phenomenally successful Genentech.

The story of Robert Noyce and Gordon Moore, who pioneered integrated circuits at Fairchild Semiconductors, and later started Intel, is well known. However, such cases are far and few in between because it takes extraordinary acumen to master two disparate domains: science and commerce. And that is why such advents often happen in teams.

An enterprise (which literally means a risky undertaking), based on an entrepreneur’s gut feel, or past experience, or even common sense remains perpetually risky. A dose of “over-confidence”, which is typical of entrepreneurs, gets further fuelled, dangerously so, by easy money from investors, and this leads to a huge economic and morale loss.

Back in India, the electric car Reva, had a lacklustre performance since neither the market was ready nor the EV technology was mature, and the endeavour was purely riding on the back of Chetan Maini’s personal enthusiasm.

The highest hit rate would be for an idea which is backed by a real and often urgent market need, and such a need, or a desire could only be discovered when the entrepreneur ventures out in the wilderness, albeit systematically. Instead of seeking corroboration of her own biases, the need is to be open to contrarian insights and parking one’s judgements.

Own The Outcome, Not The Plan

Where do the assumptions and strong biases come from? From past success, imitation, folklore, or a misguided sense of optimism – all of which could spell disaster, if kept unchecked. An earnestly crafted B-Plan can lead an entrepreneur into a syndrome of “escalation of commitment”.

This is where the founder or the founding team tend to put good money behind bad money, as they do not want to, or have the courage to, admit that they have been wrong. Think of how much longer it took Motorola to pull the plug on its satellite phone project – Iridium, or the not-so-favourable end that the famous Segway met. The story of India’s very own Tata Nano exemplifies the escalation of commitment.

The outcome is more important than the approach, for the uncertainty surrounding an enterprise often renders the best laid out plan out of sync with market realities. As the legendary CEO Jack Welch reminded us “When the rate of change on the outside exceeds the rate of change on the inside, the end is near”, the founders must be more cognizant of an concerned about what is happening outside their zone of control.

Let us face reality. What is one more acutely aware of: changes inside the organisation, or changes outside? It most certainly is “changes inside”. Secondly, what is more influenceable: changes outside or changes inside? Once again, it is the “changes inside”. And that is what happens. Restructuring, swarms of people fired and yet others hired, employees pushed around into unfamiliar territories, and all this in the name of “organizational restructuring”. It is like rearranging the chairs on the deck of the sinking Titanic. The real problem is way outside, if only you listen with intent.

The plan is only as good as the underlying assumptions, but the outcome must be non-negotiable, provided it is based on some sound logic and first-hand customer insight. If the starting team basis its outcome on a “market backward” paradigm, instead of an “idea forward” one, the chances are that they could figure out a way of breaking into the opportunity.

Think of the case of Narayana Peesapati, a groundwater researcher and the founder of Bakey’s Food, the company that invented “edible cutlery”. What is a groundwater researcher doing with cutlery? The intent was to conserve water and one way of doing it was to encourage farmer to grow more millet, which consumes less water, in place of rice which requires extensive water.

Now, how to incentivize farmers to produce millets when there is an insignificant market for the same? The search of a new market is what led Peesapati to create edible cutlery and challenge the dominance of plastic usage. He stuck to the outcome and was playful with the plan, and in the interim, created something entirely unplanned.

Pivot The Market, Not Just The Product Idea

Finally, what if you fail? A venture not flying is, in essence, a mismatch between a product (read idea), and the market (read opportunity). What is the most common reaction in the face of a product-market mismatch? Let us tweak the product, or the more commonly used term is “pivot”. Let us pivot and come up with another idea. What is the guarantee that it will work this time? What if your “reading” of the market itself was flawed and that there is nothing wrong with your product? Here is the time to apply some fresh thinking and see if you can switch the market.

The notion which, in terms of its concreteness, is next only to a “genius idea” is the “customer segment”. It almost seems sacrosanct, non-contestable. Not necessarily. Some of the most profitable ventures actually started with a very different use case than where they drew their first blood from and made significant success. For instance, the Google Glass technology, which bombed on its launch, is now getting repositioned as Google Lens, with an entirely new and less intimidating use case.

Honda, wanted to sell high-performance bikes in the US market, with an intent of taking on Harley-Davidson. They had bikes ranging from 50 cc to 500 cc, but what the US market got hooked to was the Super Cub (50 cc), as people there saw Honda employees riding those convenient bikes in the narrow lanes of Los Angeles. The initial market was the traditional bike riders, but Honda could open a Blue Ocean with the Super Cub, and created a fan following, backed by its famous campaign: “You meet the nicest people on a Honda.”

The success of Honda in America demonstrated that intentions matter, and not so much the approach. The case of Paytm, which started as a mobile and DTH charging portal to grow into a mobile payment hub is no different, and so is the case with Maruti Omni, which, towards the end of its life, found new B2B markets in the form of school vans, ambulances, cargo trucks, and food van, amongst others.

In summary, business is less of “one grand plan” and more of everyday execution and correction. It is akin to walking where one leg is planning and another is execution and not a “leap of faith.” I hope that the article disciplines more entrepreneurs than it dissuades. Do write back with your views.