How QuackQuack Is Leading As A Cockroach Startup

How QuackQuack Is Leading As A Cockroach Startup 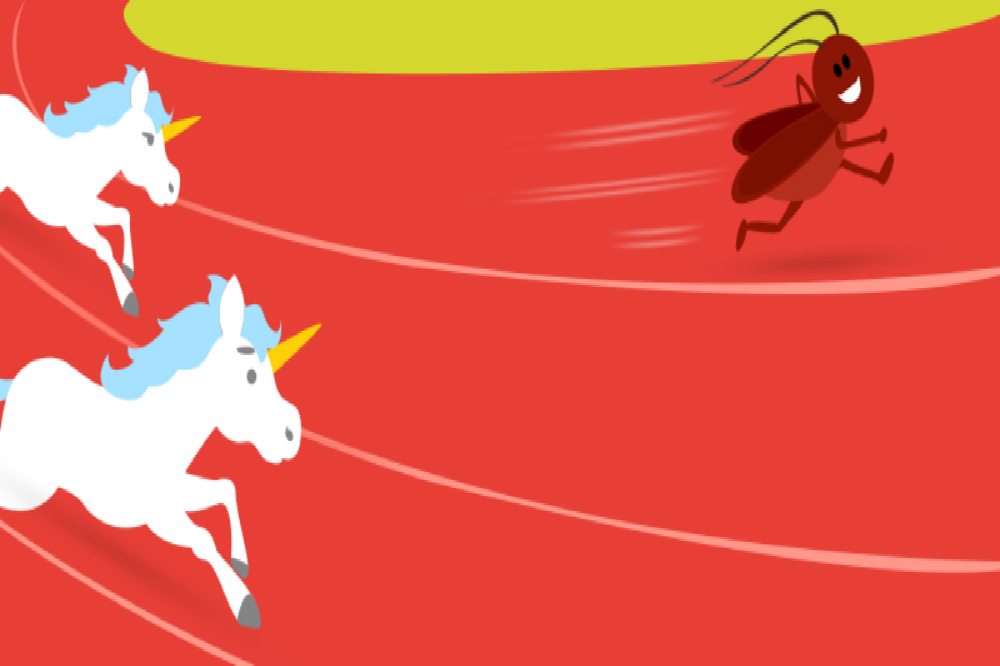 A lot is written everyday about unicorns, funded startups, fund raising startups, that often, cockroach startups never get the limelight, even for the right reasons. What is a cockroach? Aloke Bajpai, Ixigo, describes this beautifully: 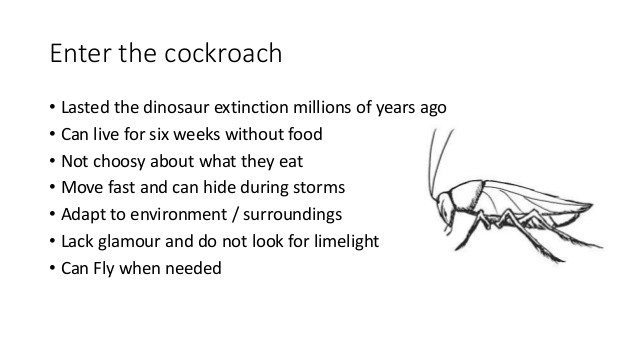 Now, when cockroaches do have these specialities, is it possible that sometimes cockroach startups (aka bootstrapped) might be doing better than their unicorn (funded) peers? Think.

Here we are, a cockroach startup, leading the unicorn pack while they struggle to grow. Interested? Read on…

QuackQuack is a dating platform for Indians (web and app) which launched almost 6 years ago and has a total userbase of 1.4 million. When I started, our aim was simple — solve the problem for singles, help them find a date, make money in the process, grow. It was never about raising funds, creating ‘valuations’.

We grew strategically, growth hacked with some quirky ideas, monetized our userbase with a freemium model and beat the traffic numbers of Fropper.com (a shaadi.com venture) and Stepout.com, a US import (funded by Kae Capital and Rajan Anandan) in no time. Fropper.com slowly lost it’s traffic and Stepout bungled on growth by ‘expanding to Sout-east Asia’ and suddenly, one fine day, closed down, with all users diverting to a website called Twoo. We had our sweet victory. We did not raise funds, scaled to about 300,000 users, and yet managed to beat them.

The raise of the app era (2014–2016 ):
Come ending 2014 and we saw the launch of apps like TrulyMadly, Woo, Aisle, iCrushiFlush, Thrill (now Frivil) and the frenzy of funding started and that helped all of them gather massive coverages while they started to spend huge money on branding and acquiring userbase on VC money. We too grew quickly with almost 1 million plus users joining us during this time. To note, my funded peers did scale up pretty fast, but did it help? It would be interesting to see how we stand against these funded startups and show you how we’re ‘leading as a cockroach startup’. PS: Tinder came in mid 2015 (We’ll come back to this later in the ending).

So, to compare all of us on different parameters as performing companies, let us compare on growth, revenue and active users. Fair enough? Let’s start:

Simply put, growth in the dating space means user growth / signups. User growth can be calculated on app installs, because app installs eventually lead to signups.
*App installs and signups can be rigged and we’ll come to that as well.

If you see from the below chart, you will see the ranking of dating apps on Play Store (India) in Lifestyle category.
PS: From my observation, the Play Store rankings are simple — the day you get more installs, you ranking improves and the day your app gets less installs, your ranking drops. I have never seen co-relation between retention and app ratings with app rankings. The below chart shows dating app rankings for last 5 months (Jan 2016 to May 2016): 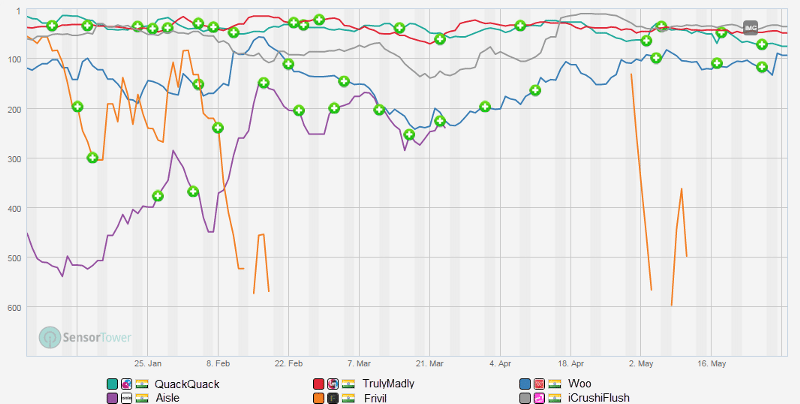 To make the above chart simple to understand, below is summary of average app rankings for last 5 months:

Points to note:
1. QuackQuack is not on iOS, while all others are
2. QuackQuack’s 40% traffic comes from Android App. 60% of our traffic comes from desktop / mobile browsers
3. iOS usually contributes to 10–20% app installs / signups compared to Android
4. Aisle has presence on browser. All other apps do not have (or earlier had) presence on desktop / mobile browser.
5. *Remember rigged App installs / signups? This can be purchased for as cheap as Rs. 5 per install and easy to rig. A metric some VCs look at. There are a few apps in this list who have got thousands of app installs via this process.

Conclusion:
QuackQuack’s growth in terms of Android app installs / signups is just behind TrulyMadly, while all others lag behind depsite all the branding and user acquisition, considering Android is the main source of user growth for all dating apps. And QuackQuack’s main traffic doesn’t even come from Android app.

An important factor for a startup’s performance after growth is the revenue it generates and the profit it makes. While QuackQuack is doing both, competitors are still figuring out their model.
a. QuackQuack’s revenue for financial year ending 14–15 was INR 2.2 Cr
b. Woo has recently started monetising with a freemium subscription model.
c. Our revenue in 14–15 was approx. 25x of Aisle’s revenue then (data taken from MCA portal)
d. TrulyMadly is trying to monetise with ads.
c. Our app ranks higher than iCrushiFlush in Top Grossing — Lifestyle apps where ranking is based on Play Store in-app purchases. To be frank, not many people use Play Store in-app purchases and it’s not a good sign. We can so image the revenue of iCrushiFlush whose sole dependency is on in-app purchases or ads.
d. FRIVIL is recently started monetising with in-app purchases.

A lot of competitors have been boasting of having 1-2 million users. Most startups fake data and as I said earlier, you can get app installs and signups for a cheaper price. But often most are just building a hype with fake growth. The real metric would be to measure one’s active user-base. So, here’s the simple trick we used to figure out our competitors active user-base.

Here’s the trick: All our competitors’ main sign-up / login requires Facebook. If you use Facebook ads, create an App Install ad and you can see this “xxxxx people use this”. This is nothing but the no. of users who used Facebook authentication to sign-up or launch the app in last 1 month. For reference, we used Woo’s Play Store link in Facebook ads and we saw “53078 people use this”, which is nothing but saying estimated 53,078 people used this app in the last 30 days. If you’re wondering if this trick is true? Even Deepak Abbott, ex- Paytm, has an article on this. You can try this for other apps as well: 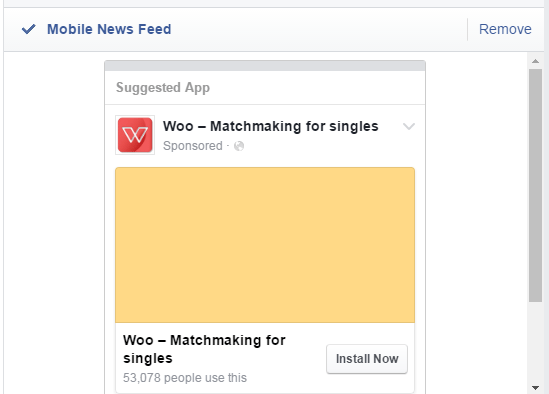 We similarly checked this for all apps and the summary is as below:

Conclusion
1. QuackQuack’s monthly active user-base is quite close to TrulyMadly as we estimate.
2. All other apps like iCrushiFlush, Woo, Aisle, Frivil have very small active userbase.

in terms of growth, revenue and active user-base, we believe we’ve done a fair job despite being a bootstrapped / self-funded and are already ahead compared to many funded startups in this space. I am only wondering what these funded competitors have been doing whose growth, revenue and active user-base is quite low. The investor pressure is already mounting on a few who are ‘expanding globally to Malaysia, Indonesia’ for namesake! I am sure they must be struggling to raise their next round of funding. Vanity metrics can only get you so far.

Tinder — the baap of all dating apps:

I must admit here that Tinder is the baap of all dating apps. It does dominate the app rankings, user growth and even revenues. Tinder is pretty much a dominant player in India and across most countries. Something any other app hasn’t been able to replicate. It will be interesting to see how we and other competitors fight out this behemoth. The reason I have kept out Tinder from my comparision is because my focus was towards comparing cockroaches to Indian funded startups.

What lies ahead for us:

We’re sure doing what best we can do. However, that doesn’t mean we should sit back and relax. We’ve made mistakes in the past, our attention got diverted many a times and we tried to copy Tinder as well. But, we only learn from our mistakes, more so, when you have deployed your own money to run a startup. QuackQuack is every changing and it is going to change more in the coming months, so we can differentiate better and offer a better solution to singles out there. We may fail, we may succeed, but we’re happy we’ve come this far just like the cockroaches!