Kirana Stores Are Here To Stay, And They Will Thrive In The Ecommerce Era

Kirana Stores Are Here To Stay, And They Will Thrive In The Ecommerce Era

India has always been a country of two worlds, of boutiques and luxury cars that cater to the top 5%; and five-rupee biscuit packs and one-rupee shampoo sachets that cater to everyone else

The EY study also noted that 20% of kirana stores are using online platforms to order their supplies, while 40% of stores state that they would like to partner with digital platforms to grow further 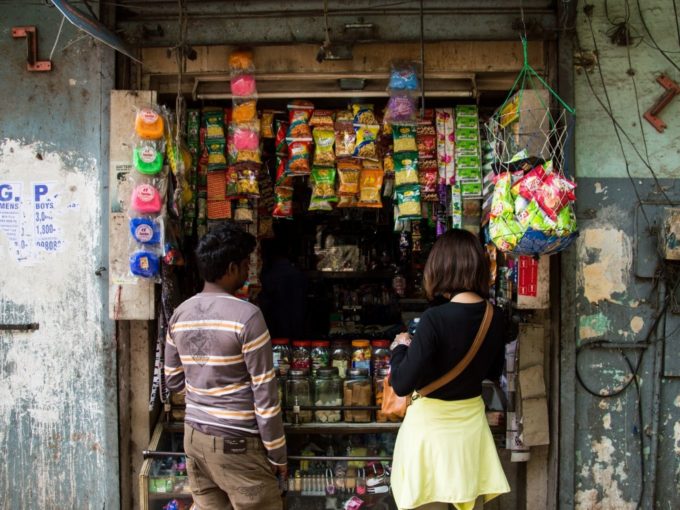 In the recent past, ecommerce has become the benchmark measure of innovation in retail. Empires are being built around the direct to customer value chains that e-tailers claim as theirs, in books, appliances, clothing, personal care and groceries.

At the same time, it is kirana stores that have traditionally serviced the daily needs of the Indian people in terms of food items and household essentials. The question now is how these kirana stores can co-exist with the ecommerce grocery fulfilment giants.

Shops One Can Trust

India has always been a country of two worlds, of boutiques and luxury cars that cater to the top 5%; and five-rupee biscuit packs and one-rupee shampoo sachets that cater to everyone else. Advancements in modern trade have also tended to benefit only the top 5%, as hypermarkets and e-retailers focused only on the internet buyer with high basket values.

Simultaneously, kirana stores have been servicing customers across the length and breadth of the country over generations, which has fostered an element of trust between families and their neighbourhood corner shops. The Covid-19 pandemic and the ensuing lockdown gave a unique opportunity to millions of India’s kirana stores to reclaim customers who had begun switching to hypermarket shopping.

In fact, a recent study by EY found that 79% of kirana stores in non-metros and 50% in metros saw new customers come in post-March. Factors like wanting to avoid long queues at supermarkets, wanting to choose one’s own items and the trust shared with long-standing kirana store owners all contributed to the renewed interest in kirana purchases.

A Crisis Lurking In The Corner

According to a recent study by Accenture and TRRAIN, In India, at least 90,000 small provision stores are likely to close by 2022 and 600 new modern stores will open. There will be 60,000 new jobs created but nearly 300,000 kirana store workforce jobs will be lost: an alarming trend of depletion of a unit-profitable, operationally optimized, consumer friendly neighbourhood ecosystem. The grave implications of this have not yet been fully grasped by our policymakers.

Ecommerce, as per the latest estimates from a leading publication, accounts for merely 3.4% of India’s retail market. Bain & Co. estimates the number of shoppers to increase to 30-35 crores by 2025, which would still constitute only one-fifth of India’s population. As per The Household Survey on ICE 360°, India’s top one-fifth earns nearly four times as much as the bottom one-fifth.

The top 10% of income earners in India can afford to spend hundreds of rupees on monthly grocery purchases at one go, but for the remaining 90%, periodic purchases of values as low as INR 50 is all they can afford to spend. A modern retail system that encourages large basket purchases is thus not affordable for a large section of our population.

This clearly demonstrates an amalgamation of both high-value and low-value baskets all benefitting from the hyperlocal strengths of proximity, flexibility and personal touch. There is an important lesson here – while ecommerce firms are designed to exclude a large proportion of our shoppers who do not have smartphones or cannot afford minimum basket sizes for delivery, kirana stores are always open to anyone in need, crisis or not.

On A Brighter Note

It would be hasty to conclude that kirana stores are doomed. They have gathered an immense foundation of trust – to that, moreover, they are now adding technology in bits. Kirana stores have been quick to adapt to modern technology such as contactless payment to facilitate transactions during lockdown.

The EY study noted that 20% of kirana stores are using online platforms to order their supplies, while 40% of stores state that they would like to partner with digital platforms to grow further. Many store owners, moreover, have adopted simple methods of online communication such as accepting orders over WhatsApp platforms.

However, growth-oriented merchants have adopted these solutions, that help them manage their inventory, run their entire store operations and transform them through the essential financial and digital inclusion. Ecommerce giants have also recognised the critical role that kirana stores play for hyperlocal delivery. Flipkart, for instance, teamed up with over 50,000 kirana stores to service over 850 locations during the festive season and the Big Billion Day sale.

Adapting to online purchase practices is not a choice anymore, but a necessity. However, a sustainable approach to innovation should push the boundaries of business, not just in revenue, but in reach, affordability, and customer satisfaction.

Kirana stores constitute a strategically important force for the sustenance of our economy, and a good starting point could be in integrating technology with the kirana store model so that small shops can continue to fulfil immediate needs for people who do not prefer or cannot afford other options. The network of 10+ million kirana stores should be recognised as a national infrastructure to be developed, rather than to be replaced by ecommerce.

A simple way to picture this is by thinking of ecommerce and kirana stores as flights and trains. While a flight journey can take you faster and more comfortably to your destination, only a few can afford it; however, a train journey too can get you to your destination in a far more affordable fashion, and it has the benefit of accommodating a hundred shorter journeys in between as well.