Going Nowhere Fast? Ideas Will Save You

Going Nowhere Fast? Ideas Will Save You 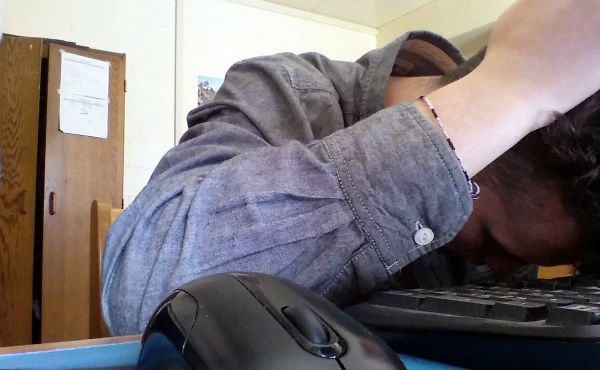 It was late. I stared at my computer screen wondering what to do. My business was doing poorly, it seemed as though nobody wanted to talk to me, and my mind was in a fog.

This sad state of affairs was not many years ago. It was this past week.

Often, when we get down, we believe there is no hope. Despair rears its ugly head. We spend our days worrying, rather than trying to dig ourselves out of it.

I was going nowhere fast, until…

I began to speak with a few people with whom I have a great deal of respect. Some were friends, others colleagues. But all started to throw “what if” scenarios at me.

The questions got my mind racing, and literally within mere moments, my mood changed from sour to upbeat.

I began to feel hopeful and I became excited about the limitless possibilities now before me.

They are the fuel for any business, project and career…indeed, they are the engine that feeds a life worth living.

An unconventional idea, even if it’s never implemented, can save a career, business and life – because it inevitably leads to a mindset that believes anything is possible.

Recent research reveals that the attitude of other people affects our outlook more than we think. If we’re surrounded by negative, toxic people – then we too, tend to view life through a dark lens.

Today, think about the people you know. Are they supportive? Or do they complain about everything? Rather than help you with ideas, they will confirm your stifled viewpoint. It’s a club whose membership you must cancel.

Many of us tend to think about, talk about, criticize and admire different people – both in our lives, and who we see in the media. But those behaviors won’t move our professional and personal agenda forward. What will? Ideas.

It doesn’t matter where you are in life right now. One idea can change your plight. It doesn’t even need to be a so-called “good” idea. It just needs to be a thought which will open your mind to new ways of thinking.

Going through a rough time is not necessarily a bad thing. Often, it’s when we’re at our lowest point that ideas come to the fore.

When Gandhi was struggling as a young lawyer in India, he thought about the injustices being done to people. He created the idea of non-violent protest, when he was feeling low and disenchanted with humanity.

Nikola Tesla, who developed alternating current, once worked as a ditch digger. During this rock bottom point of his existence, he allowed his mind to wander and he dreamed about harnessing the power of Niagara Falls. His imagination led him out of the wilderness.

“Ideas can be life changing. Sometimes all you need to open the door is one more good idea.”- Jim Rohn

In the past few days, I have gone from seeing a bleak future to sitting on top of 3 or 4 incredibly good ideas with enormous potential for me personally, and for those who work with me.

The truth of the matter is this: As quickly as things can deteriorate in our lives – they can similarly rise up. All it takes is a single idea that motivates you, excites you, stimulates your thinking, and makes you want to jump out of bed in the morning.

That is my hope for you.