From India To US, 5 Things I Learnt From AngelPad Journey

From India To US, 5 Things I Learnt From AngelPad Journey 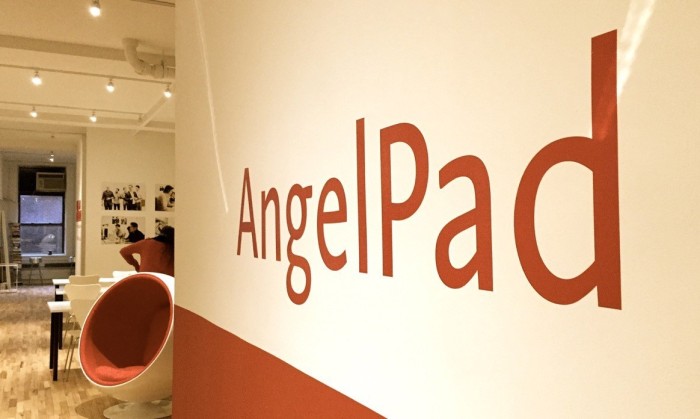 October of last year on a Sunday morning, I wake up and see this email:

A little befuddled and somewhat groggy, I called him up, and he said,

What followed was a whirlwind 3 months with Amit, Ashish and me in New York, taking Mammoth to the next level — under the watchful guidance of AngelPad’s partner duo Thomas Korte and Carine Magescas. I worked harder than I ever had, learned more than I had in a long time, and discovered a camaraderie in my fellow AngelPad founders. On our frequent trips back to San Francisco, we received guidance from some of the smartest people in the Valley.

Now that we have just gone through demo day, I have several boards full of notes, pics of whiteboards, and voice memos sitting in Mammoth, from many meetings, late night whiteboard sessions and guest lectures. It’s difficult to distill everything I learned at AngelPad into just a few points — here’s a few things that have really stuck with me.

“The companies that succeed are the ones that work harder than others. That come in earlier, leave later, that plan ahead, that iterate.”

For weeks, I worked 18 hours a day, taking a break for just a few hours on Sunday. I didn’t know I could physically or mentally sustain that — but I did. Through it I managed to laugh, read, exercise, sleep, talk to family and friends and even step out for drinks. It’s an amazing feeling to realize you can do a lot more in a day than you thought.

The only thing standing between your company’s success or failure is you. So work harder and don’t stop pushing. Yes, luck plays a role, but its small — the key difference between companies that succeed and those that don’t, is how hard their founders worked.

“Recognize the extreme urgency of building your company.”

Get rid of distractions. Walk faster. Delegate what you can. Use oDesk. Need news? Find an app or service that summarizes it for you once a day. Subscribe to newsletters and blogs catered to specific things you want to read about. These are my favorites for ruby, javascript, business, startups, growth, and funding.

The biggest distraction: TV — just cut it out. To rejuvenate — go for a walk, grab a beer with a friend, spend time with family, read a book, enjoy music, exercise, play an instrument, or just get away for the weekend.

Related: Mammoth: A Startup To Manage & Ease Your Online Life

Be open to learning, be open to criticism, be open to asking for help. Do not let anything block you from reaching out — especially to your co-founders, but also to investors, potential customers, influencers and advisors.

Once people know you’re willing to listen — they will come to you. They will tell you about your product, your company, openly share their different perspective and their ideas, and one of them could be a golden nugget.

Most companies in our AngelPad batch use Mammoth. We got so much feedback and superb ideas from them. I still listen to a voice memo by Ankur telling me:

“I love Mammoth because it encourages my creative side, for some reason. I’m not sure what it is . It’s the feeling of it, the feeling of being surrounded by it.”

Makes me smile every time.

It’s possible you have a shy personality and that’s OK — you’re only exerting yourself on a topic you’re very familiar with, your idea, and you’re already passionate about it. If you think you need help with public speaking or approaching people, join a ToastMasters group — it’s really great. Sometimes just practicing what you’re going to say helps too: I practiced our demo day pitch alone in the conference room for 3 nights, more than a 100 times, before I finally felt it was coming out naturally.

You’re playing in the venture-backed startup world — anything less than a billion-dollar market, with an awesome team, with a killer product, just doesn’t cut it.

Fund-raising is just the first step. You’re getting started on the journey to build a long-lasting successful business that solves a real pain, has a global impact, provides value to customers and livelihood and satisfaction to many employees. While it is arduous to get just a 100,000 users and then the first million, or a big number of customers — aim for HUGE and follow a plan to get there. The first plan will likely be wrong, just keep iterating, learning and adjusting.

AngelPad is a unique program. From thousands of companies that apply only 12–14 are selected. They don’t compete with each other. Carine & Thomas are fully vested in each company’s success from day one and even after demo day — they’re just a call away.

I hope this post helps shed some light on the program. Going through AngelPad is nothing short of life-changing.

Karan M Gupta is the CEO of Mammoth.