How To Find The Right Monetization Model For Your App

How To Find The Right Monetization Model For Your App App economy is growing stronger by the day. There are millions of apps out there and approximately 5% end up making enough money to survive. That’s an extremely poor strike rate. While most of it can be attributed to app quality, market fitment, marketing and lifecycle management, the one thing that is often overlooked in failed apps is the ability to monetize it in the right way.

Apps can be monetized in several ways and some of the most popular monetization models include: 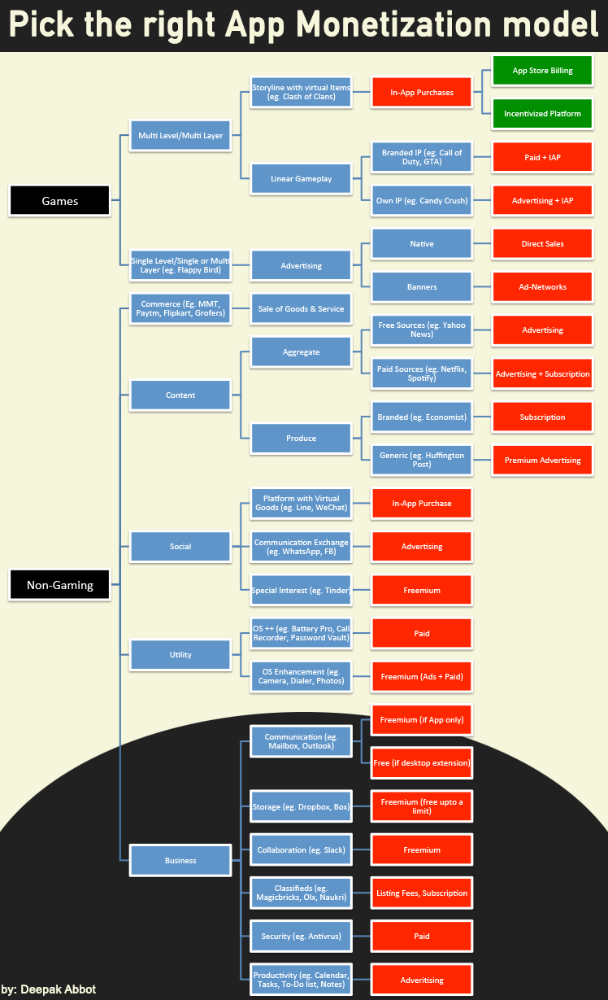 A disclaimer: This flow does not cover every app category, but tries to capture major themes & business models surrounding Apps.