Festive Stimulus: A Bid To Augment Consumer Spending And Revive The Economy

Festive Stimulus: A Bid To Augment Consumer Spending And Revive The Economy

Joining the festive bandwagon, the Govt of India has recently announced a special scheme for all Central Government employees, as well as certain private-sector employees

Due to the large multiplier on the spend (3x the LTC), some consumers may hesitate to initially spend quite a large amount just to avail of a tax exemption on it

The festive demand is likely to surge, the LTC vouchers and salary advance schemes by the Govt playing a key role in it 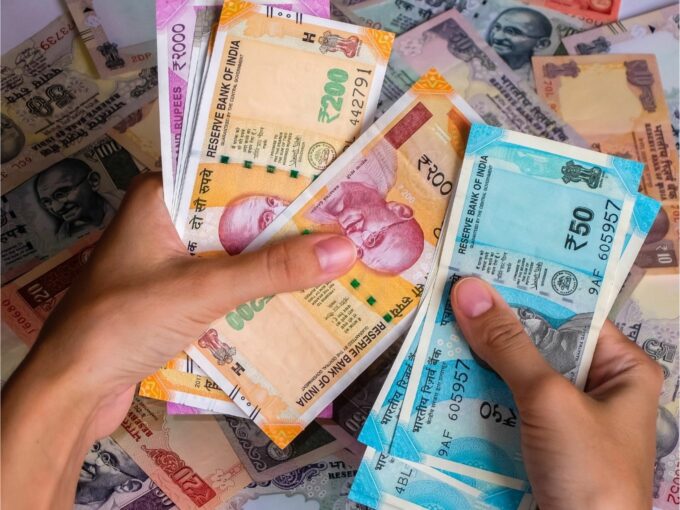 The Government of India recently announced the Leave Travel Concession (LTC) cash voucher scheme to increase the purchasing power of Indian consumers during the festive season. A positive step towards boosting demand and reviving the economy, central Government employees can now submit multiple bills of goods and services purchased in their own name to avail the benefit of the LTC scheme.

Will the scheme result in a much-needed spur in demand? Which goods would benefit from it? This article explores the nuances of the scheme and its implications on consumer demand.

With the festive season approaching, one can see large discounts, attractive offers, and a slew of new products being advertised. Even during the Covid-19 pandemic, Indians have rightfully begun to get into the festive mood, planning, if not for vacations this year, then certainly for a splurge on new items for the household. Judging this imminent surge in demand, large ecommerce players also have rolled out their usual annual large savings schemes.

Joining the festive bandwagon, the Government of India has recently announced a special scheme for all Central Government employees, as well as certain private-sector employees. This scheme entails a one-time cash payment instead of leave travel concession (LTC) and leaves encashment, plus a festive special salary advance loan of INR 10,000. To spur demand in the Indian economy and purchasing power of consumers, the Union Finance Minister corroborates that the scheme has the potential to generate demand worth INR 28,000 crore. This scheme is projected to increase the purchasing power of Indian consumers by INR 10,000 directly and in proportion to their LTCs indirectly.

The chart below shows the spending on various goods and services by Indian consumers in FY19. Since the travel and tourism industry has been hurt severely during the pandemic, consumers are likely to focus on other household spending such as apparel and footwear, personal care, media, consumer durables, automobiles, jewelry, furnishings, etc. We can gauge the increase in demand for these products due to this scheme. 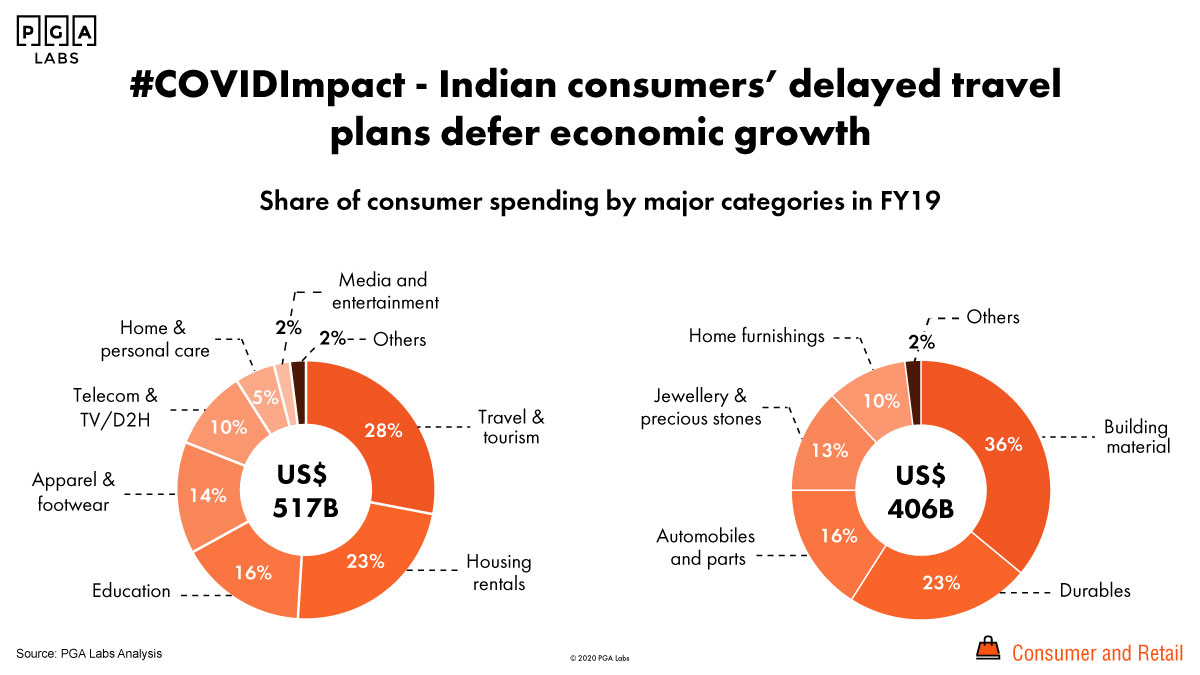 However, the benefits of this scheme will be subject to certain conditions. An employee, opting for this scheme, will be required to buy goods or services thrice the total LTC for the block of 2018-2021 if not availed before. It will be valid on goods and services that carry a GST rate of not less than 12%. Moreover, the payment needs to be digitally obtained by the GST registered vendors or service providers and create a voucher indicating the GST number and the amount of GST paid.

What this means for the average salary earner is that they can spend money to buy that long-awaited new washing machine or get that much-desired interior design done. And the expenses would be exempted from income tax too. Consumers who have plans in place to buy a new gadget, or get an expensive service, but could not do so due to the pandemic and the subsequent uncertainty, would find the scheme very beneficial.

Due to the large multiplier on the spend (3x the LTC), some consumers may hesitate to initially spend quite a large amount just to avail of a tax exemption on it. Thus, those who already prepared to buy luxury goods and services would benefit the most from the scheme, but the proportion of employees using this scheme could be lower than anticipated. Yet, on the brighter side, the lucrative tax exemption option could also incentivize consumers, who otherwise wouldn’t have made a large capital expenditure, to do so now. The possibility that, if not availed, one would lose the entire corpus, could result in higher spending.

The special festival advance scheme to avail of INR 10,000 interest-free loan that the employees would need to pay back in 10 instalments could be very helpful for those who are currently facing a cash crunch but want to buy certain goods or avail of certain services.

Getting money in hand today and having to repay it later, is generally considered better than getting it tomorrow altogether, and most employees would benefit from the early cash in hand for festive purchases. Since it is likely that some private employees may have lost jobs or faced pay-cuts, this salary advance could also help in bringing balance to the demand from the Government employees’ side.

In a nutshell, the festive demand is likely to surge, the LTC vouchers and salary advance schemes by the Government playing a key role in it. The magnitude of the impact on demand could be higher for high-value consumer goods categories such as consumer electronics, home furnishings, and automobiles.