Why Entrepreneurs Should Celebrate Failure To Get Ahead

Why Entrepreneurs Should Celebrate Failure To Get Ahead 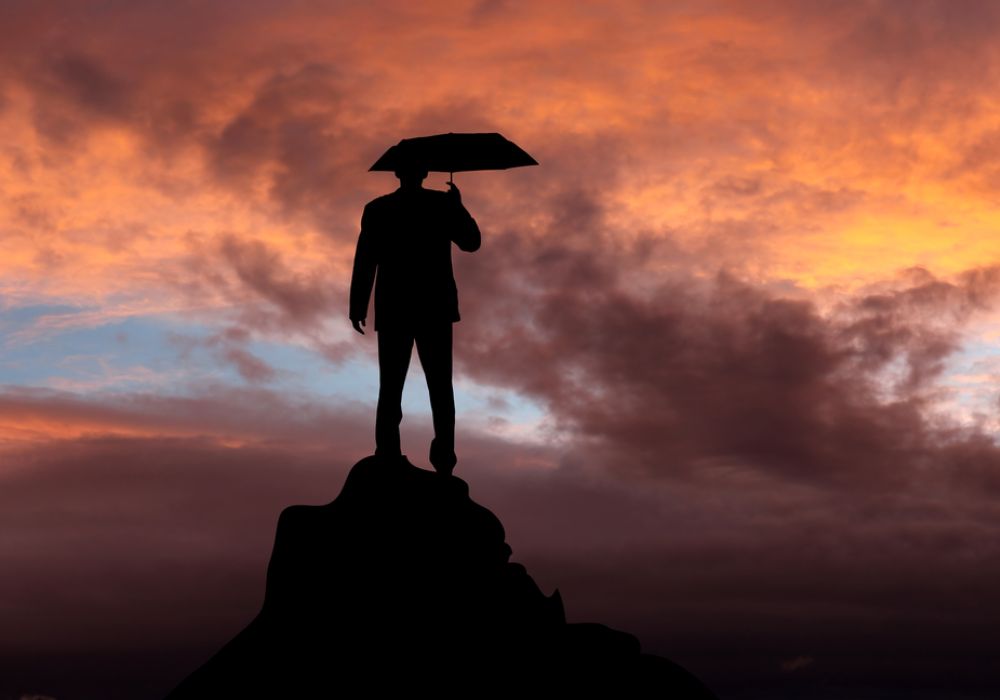 Starting a company takes guts, among other things. You’ll dedicate days, months, hopefully, years to this endeavour. While planning and being honest about your progress will help you stay on course, celebrating failures will as well.

Many entrepreneurs say that when they have to shut down their company, it’s one of the worst experiences of their life. It’s as if a family member has passed away since they’ve spent countless hours growing it and working in hopes of its success. But the reality is that most new companies don’t last.

Each entrepreneur sets up their business with the aim to make it the next big thing, but, whether you call them unicorns or choose different wording, only a select few will attain that coveted status.

We’ve previously talked about the important role of pessimism in a pitch. It allows funding seekers to talk out all of the potential downsides of their business and show potential investors how they are actively working to correct them. Similarly, once a venture goes belly up, completing a post-mortem and fully exploring what went wrong will give you the tools you need to create your next business.

Serial entrepreneurship is real. Of the startup founders I’ve known, the vast majority have launched business after business. Some of these startups closed down, others were acquired, and all of them taught valuable lessons to their founders. 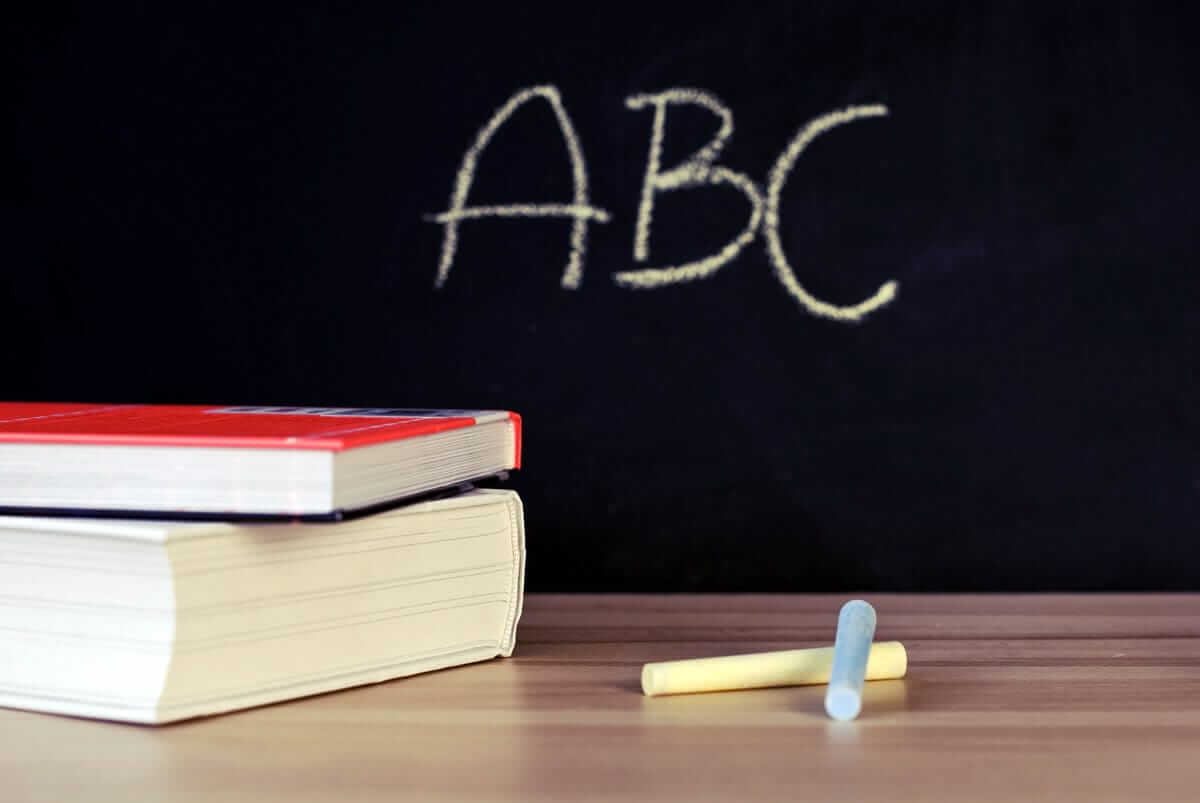 Sometimes you have to take it back to basics.

I believe that the only true failure is something that goes far off course and offers nothing to learn from. No matter what your profession is, you have failed at something in the past. Maybe it was a minor project or a major launch. We are all human and getting things wrong from time to time is inevitable. But it is the mindset that you use to dissect that failure afterwards that determines what kind of failure it was.

The proper mindset to use when addressing failures is an inquisitive one. Ask yourself:

This is by no means an exhaustive list, as each failed startup or project may have their own specific questions they need to answer. But the crux of answering these questions is to get to the bottom of the issues that led to a failure to ensure it will never happen again. Or at least that you will never fail again in the same way.

One way to approach failure is using a scientific method. Even if science was not your forte throughout your education, we all learned to form hypotheses and determined whether they were true or not through experimentation. There was no stigma around choosing a hypothesis that turned out to be wrong. Instead, it was the process of the experiment and the outcome that we were taught to focus on.

The science project was not in vain if the hypothesis was off. If we learned something from the experiment that we carried out, then it was judged a success in the realm of science. Similarly, in the world of startups, we can celebrate failure when we’ve done all we can with the aim of having our company or product take off.

Failure is always a potential side effect of taking risks, but it is worth it. While failure has many negative connotations associated with it, the companies that we idealize, like Facebook and Google, all failed at one point. We can all think of several failed product launches within those companies as well.

For example, I am confident that no one will argue with me when I say that Google+ was a dud. But even though “+1” never became the new “Like,” Google didn’t throw up their hands in defeat. Instead, they learned from that failure and moved on. 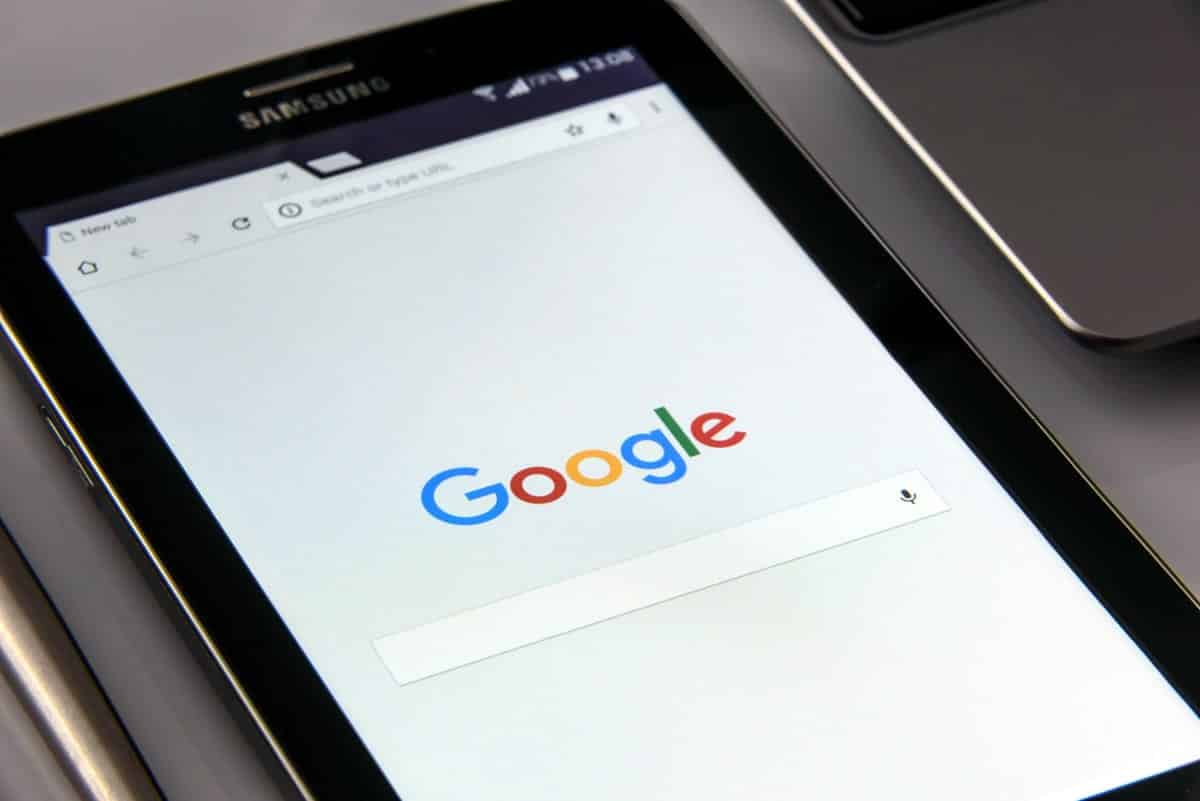 Failure, at its core, means that you tried. Just because things didn’t pan out the first time doesn’t mean all is lost. After all, if after a few failures, Elon Musk decided he would call it quits and just get a normal day job, then we wouldn’t have Tesla or SpaceX. We should celebrate failure because it is an exercise in resilience and has the potential to fuel future innovation.

Yes, you might have taken a few wrong turns in your company journey, but where will those lessons take you next? Small failures can lead to greater success as long as you put forth all that you’ve learned from those unfortunate experiences into your next endeavours.

Every idea you have will not be great, and that’s ok. In fact, that’s for the best. History’s greatest inventors and thinkers had way more questionable ideas and useless inventions before (and even after) they had their breakthrough concepts. When we approach failure strategically, it is much easier to celebrate because it has become part of the creative process. 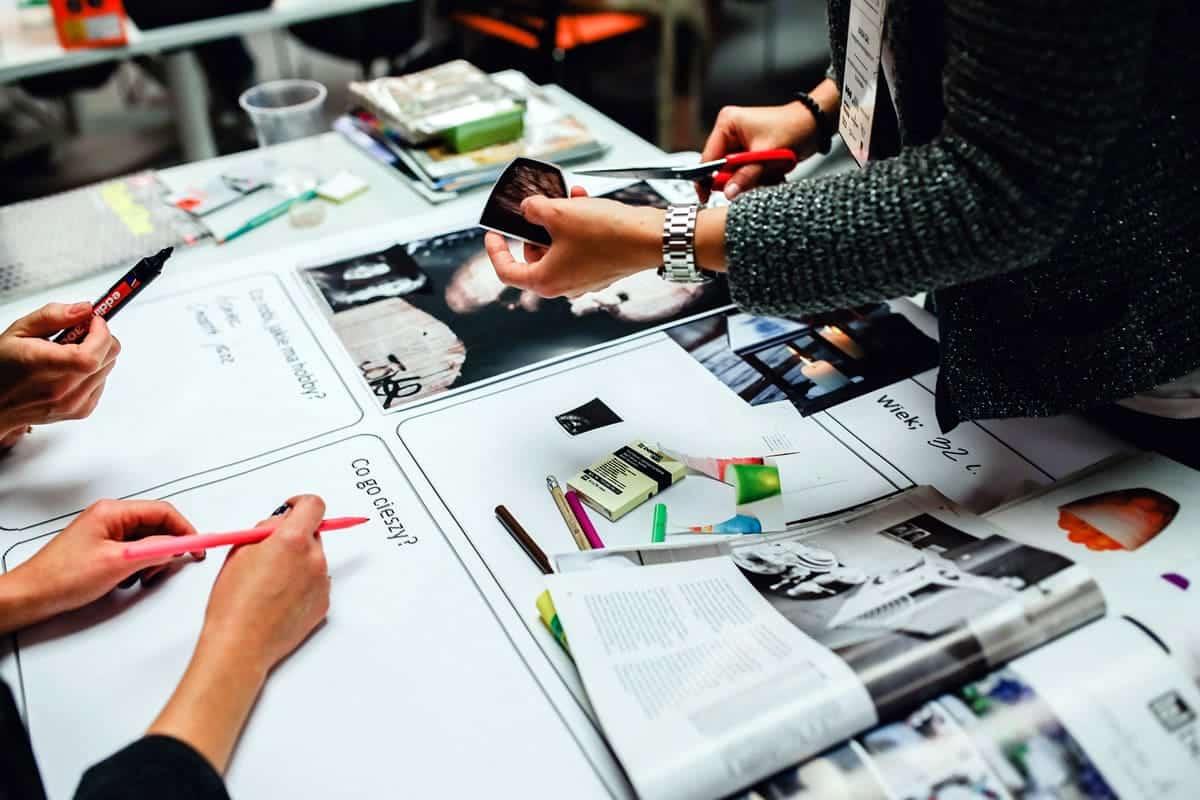 The mantra of “fail fast” has been a mainstay in the startup world. It can be applied to a number of things, but especially when it comes to early-stage companies. Are you bootstrapped with contributions from family, friends, or even the contents of your own hard-earned savings account?

Even if you’ve raised millions of dollars from a VC fund, it’s best to use any funding you have wisely and dissolve the company if it’s abundantly clear that you can’t deliver on your company vision.

The same applies to product launches at established companies. If you’ve done all you can to promote a new app or feature and users are few and far between, maybe it was a bad product-market fit from the start. The best option is to write out every possible downfall while your new product, app, or company is still purely hypothetical. Why might consumers prefer a competitor?

What may features turn them away? Considering every little thing that could go wrong and hinder success gives you a game plan for how to tackle unfortunate scenarios. It’s much easier to course correct than realizing you’ve been heading in the wrong direction for longer than you’d like to admit.

For those thinking of new company ideas, write out several a day. Write down ideas that are just plain bad and explain in detail what’s wrong with them. Continue this exercise daily with better and better ideas to slowly improve the quality. Celebrate failure when it has a minor impact on your team.

Not All Failure Should Be Celebrated

While this may seem counterintuitive, I want to be clear that only certain types of failure should be celebrated. If your strategy was off from the start or one of your employees actively sabotaged your business plan, failures resulting from these kinds of situations should not be celebrated. You can still learn lessons from them, such as consulting with more advisors before executing on your initial plan when you’re just starting a company or doing thorough background checks on your employees.

However, these lessons are not useful to learn from personal experience. Instead, hearing the horror stories of other entrepreneurs should scare you enough to not repeat their mistakes. 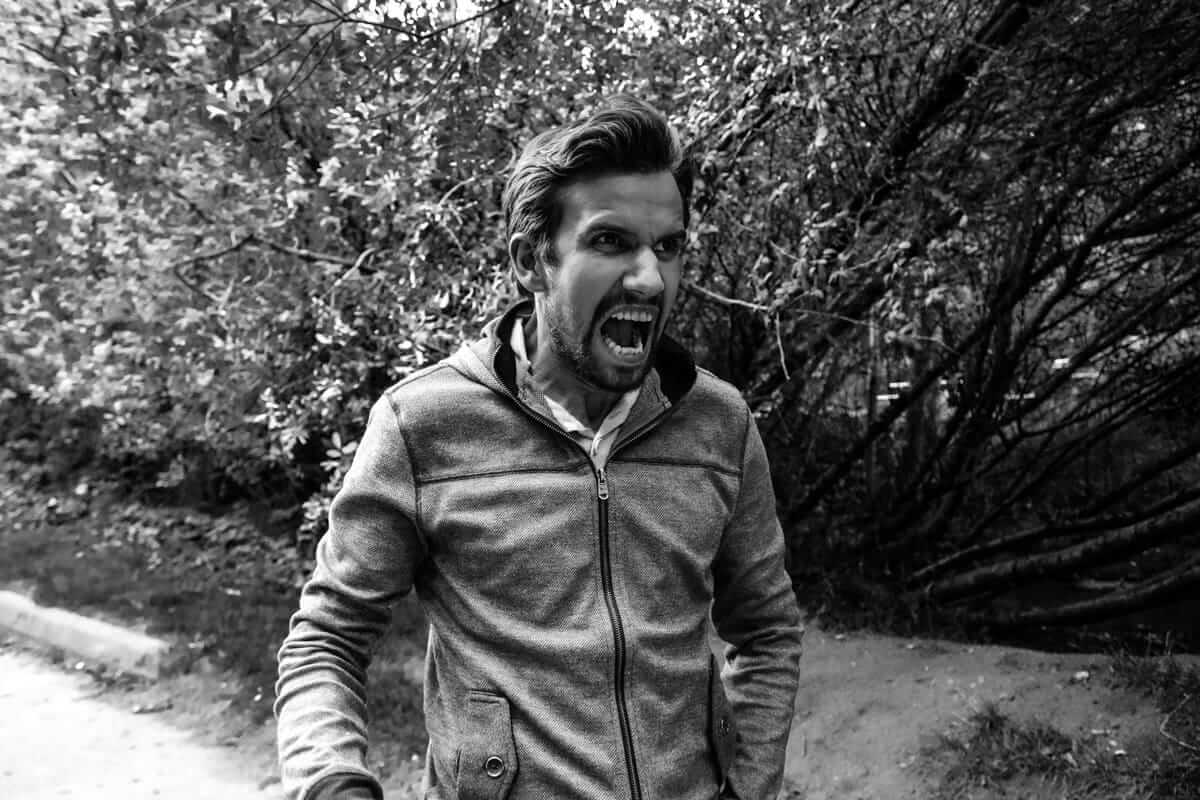 Frustration is natural. Let it all out so that past failure doesn’t negatively impact your next endeavours.

The failures you should celebrate are those that were outside of your control. If you worked as hard as you could and conducted plenty of market and user research, then more often than not you should be on the right path to success.

Robert F. Kennedy once said, “Only those who dare to fail greatly can ever achieve greatly.” And there is so much truth in this. Failing is an act of courage because you tried. Having the experience of a failed product or company under your belt means that you have the experience and insight to move to your next professional challenge with confidence.

The key to failing successfully (yes, I just said that) is to keep your spirits and creativity high. Your idea didn’t work out this time, but the next one just might stick. Failure can help you get ahead if you make the most out of the experience.