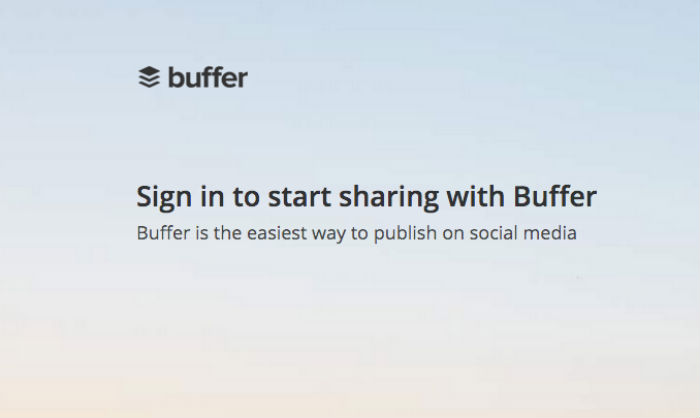 The folks at Buffer recently published an article on their blog that took the entire startup community by surprise. The article in question was an excellent piece that spoke about their journey on how they acquired the Buffer.com domain from a certain Bob.

An enlightening piece of content, this article created quite a frenzy in minds of the fellow entrepreneurs, including mine. While evaluating the comments in this article, I couldn’t conceal my excitement about the deal. After re-reading the article( 5 times to be precise) I could also sense that each and every reader was interested in knowing the amount that Bob made out of this deal! And that’s when my inner Sherlock gained momentum.

For my readers, with high anxiety levels, let me spill the beans right here.

But before you go ahead and share this information with others, let me roll out the disclaimer.

Disclaimer: This is an attempt to put my analytical and mathematical knowledge to test. I value and appreciate the transparency laid down by the Buffer team and am a fan of everything that they propose. I am an entrepreneur with an inquisitive bent of mind, and I scored 2100 on my SATs. Also, 13 cups of coffee were consumed while data crunching and writing this article and well…no one was hurt.

So funny business aside, this is how it worked >

The start was not very great because it began with an amusing discussion and everyone in the company came up with a random number. But deep down we don’t believe in random, so I created an excel sheet with the following details

High Five, If You Love Your Excel

I began with putting a number against everything that Buffer mentioned in the article. But before that I did a quick check on the following >

Then I began with analysing the direct impact of this deal on the above parameters and how it will impact the money offered to Bob. Upon much evaluation, I came up with the following reasoning and the level of severity attached with each factor.

The autumn of 2014, brought a pleasantness to the dialogue with Bob.

Given these facts in hand, I can safely say that around $350,000 was offered to Bob on e-mail exchanges. With a funding of $450,000 this seemed reasonable at that time.

If I put myself in the shoes of the top management, I know for a fact that thebenchmark analysis would give me a good idea about the range, and even though Buffer seemed “illiquid” at the moment we would safely put a mark of $ 450,000-$500,000 to it.

Fresh Funding And Raising The Bar

The fresh round of funds brought in $ 3,500,000 to the table. This is post the initial balance that was shared with Bob ( $ 844,386). And just like any other business man, this Bob also raised the deal amount. Now here are a few things that need attention before we proceed further.

The Buffer team had two numbers in their mind >

If we further break up these values on a per month basis, it would look like this >

Another point to be noted here is equity taken out by the promoters after the funding, which is an amount of $ 2,000,000. The total funds available with the company hence can be concluded at $ 4, 344, 386. This includes the amount in the bank and the sum of funds raised.

Having ascertained the funds, the next step is to derive the expenses, which in Buffer’s case is $ 3,442,875 ( salary back up for six months+ equity taken out by the promoters)

Having analysed the above situation, let’s move on to the next phase. Rudolph mentions in the article that Buffer had to wait for a period of 5 months between the execution and the deal. During this time the company continued to earn, thereby raising the ARR to $ 19,800,00. If one has to evaluate the balance sheet, we can derive the balances at $2,881,511.

Now, every balance sheet has two sides. Which means that the company continued to pay its employees in the meanwhile, which is an amount of $1,202,396 thus bringing us to the figure of $1,679,115 as the net spendable amount.

To evaluate the last lap, we need to visit the benchmark analysis bit again. There are two scenarios that emerge out of it.

As an entrepreneur running a tech, if I put all these assumptions together I would make this deal by paying $6,00,000, considering the inflation and an illiquid status of my brand name. Furthermore, if the same had to materialise as exclusively as equity it would be at 3.29%.

Deriving these numbers has been a time consuming task and I would love to share the details with you all. So here’s the G-Doc for you all.

Do let me know the estimate that you’ve put for this deal? Do you have any more suggestions /ideas/assumptions that would change these numbers, because all that SAT business was fluff!

Drop me a line at [email protected]