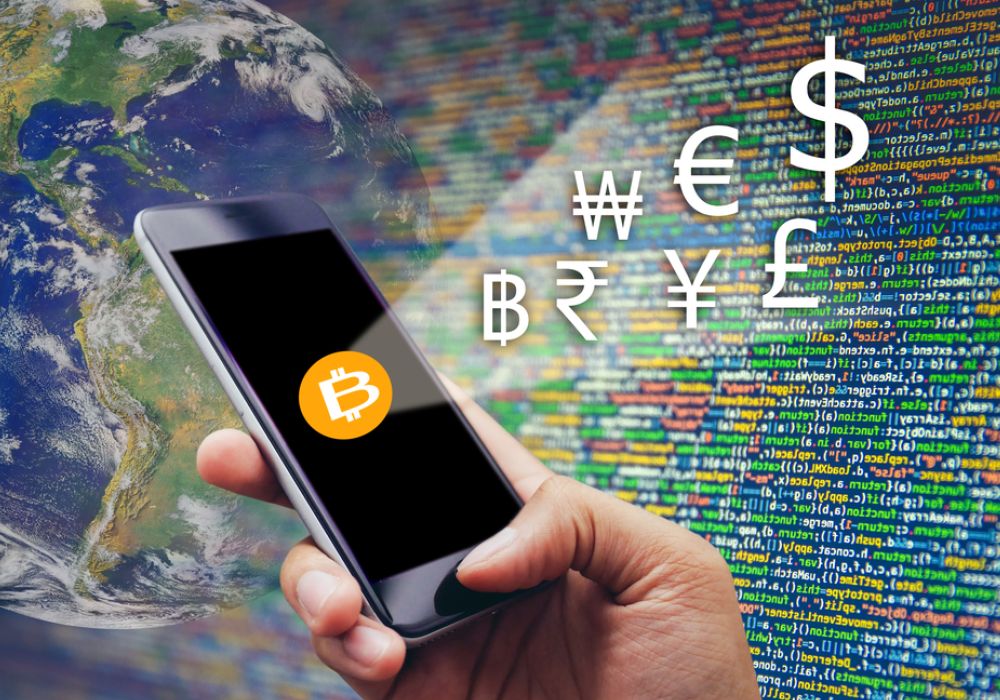 While the world is becoming the pool of fresh, supplementary or innovative ideas, the concept of cryptocurrency (Bitcoin in particular) is rising at a rocketing pace. Though many people are not sure about the intricacies of cryptocurrency, this digital form of money is on the verge of becoming a more trusted means of exchange. Cryptocurrency can be best described as a digital asset which is appearing as a nouveau means of exchange, instead of existing currency also called as fiat money. It fosters the possibilities of low-cost digital transactions. With this type of virtual currency, the exchange system is donning a progressive appearance leaving enough room for scepticism.

The evolution of currency is a long chronicle which takes us back to the origin of civilisation. The reason behind using currency comes from the history of money which makes it a means of exchanging goods and services. Although, the standardised monetary system, comprising fiat money, comes up to scratch, it is still prone to some fraudulent activities.

To get by this glitch, Bitcoin was introduced as the first cryptocurrency in the year 2008. Supposedly, it’s the brainchild of an incognito personality named Satoshi Nakamoto. There aren’t any identity records about the creator so the given name can also, actually be a pseudonym. One of the excerpts from the original whitepaper explains Bitcoin as, “A purely peer-to-peer version of electronic cash that would allow online payments to be sent directly from one party to another without going through a financial institution.”

Although the invention of Bitcoin did not create an instant eureka moment, it is gradually gaining acceptance in many developed countries including Japan. Surprisingly, the Japanese government saw immense potential in this virtual currency and started giving it the recognition of a mode of payment from April 1, 2017.

The Evolution Of Fiat Money

Whenever the technology brings new advancement into something, it triggers us to dig deep into the history. To know the exchange system better, we must understand its 3,000 years long antiquity. It is factual that, money is not the only paraphernalia of the financial system or exchange system. Before this, we had the barter system. The system was an unwritten treaty in which goods were exchanged for goods. Despite the lack of any measuring unit, it outgrew to the trading of exotic items.

Consequently, the world had its stabilised mode of exchange called money. It is accepted as a common exchange unit in the form of coins and banknotes.

Some characteristics of fiat money explain it as:

The current exchange system is dominated by money and its various modes of transfer. Thus, the introduction of cryptocurrency brought the intransigent reviews from people. In some initial years, there was not much murmur about the digital currencies. Gradually, it is carving its own space in the financial grounds.

Before acceptance, we go through curiosity. Bitcoin is still a dubious mode of exchange for many of us. To give it a shot of trial, we must know how it works.

Most of us are naïve regarding the functionality of bitcoin. If we think technically, bitcoin is based on the ideogram of the financial ledger system. The bitcoin transactions snuggle into a blockchain which steers the Bitcoin network. A transaction means a shift of value from one Bitcoin wallet to the other.

Who Controls The Bitcoin Network?

The convoluted Bitcoin network runs on the cryptographic protocol. Here, the blockchain acts a public database and the bitcoin is the modelling of a digitally signed transaction. As this is a peer-to-peer network, bitcoin accommodates the proof-of-work structure which is generally referred as mining.

Bitcoin mining is a compelling process which gives the miners a chance to win bitcoins as a reward. In every 10 minutes, the mining computers accumulate some pending bitcoin transactions and solve complex mathematical puzzles made out of them. When the solution is found, the first miner tosses the solution to the others. Then, other miners check the feasibility of the first miner. After the other many datapoints are added into the ledger called blockchain, the first miner gets the reward.

Bitcoin is a widely accepted digital currency and many giants have given a nod of acceptance to it. With every preceding year, the bitcoin network is expanding its pool of trustees. From the year 2014, some big names like Microsoft, PayPal, Dell, Twitch, Reddit and many others are giving the chance to bitcoins.

Cryptocurrencies have a long way to go but the aid of technology may pave the way. Undoubtedly, the newly introduced digital currency has a wide approach and gives the analytical reasons to accept it. Bitcoin is a unique amalgamation of technology with the economies and it holds wondrous possibilities. However, at the current facet, the virtual currencies appear like a risky affair (as per many country level regulatory authorities).

As per RBI, cryptocurrencies may even lead to substantial losses:

Even after almost a decade, the breakthrough of the bitcoin is a debatable issue. Let the time decide, who brings the bacon home. Despite all, the concept of digital currency seems intriguing. It seems like; it tosses the control in the hands of the users and arises the fresh possibilities of economical trade.