Are Smog Towers An Effective Solution For Air Pollution?

Are Smog Towers An Effective Solution For Air Pollution? 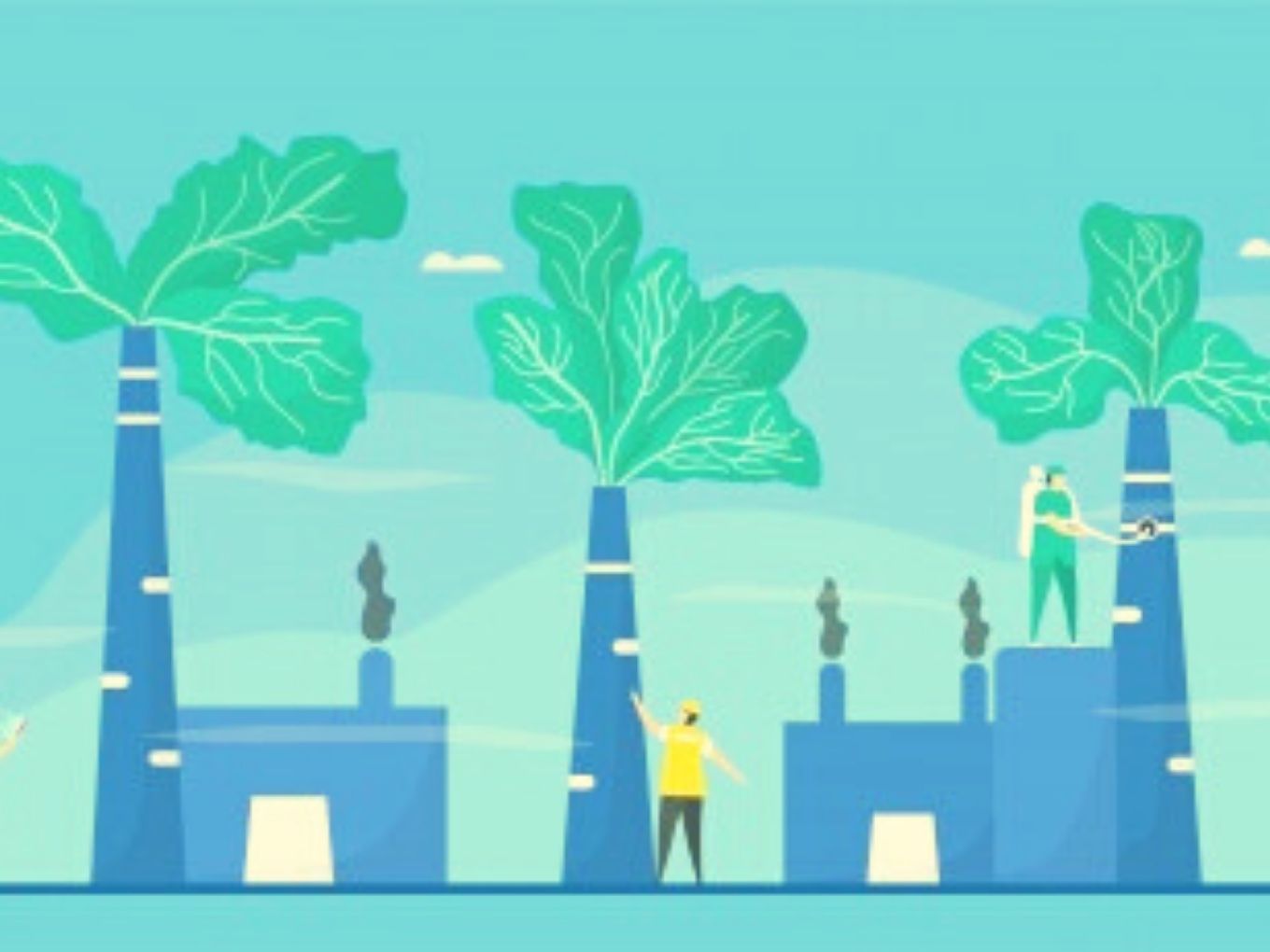 If smog towers were to really work, the air quality in Delhi’s Lajpat Nagar where the tower was installed should have seen an improvement

To put things into perspective, we need a better measure of spread and source of air pollution

Every year, over 7 Mn deaths across the world are due to air pollution. Every day, across the world about 1700 children under the age of five die because of unhealthy air. On the home front,  Air pollution kills 1.2 Mn Indians in a year and it’s the third biggest cause of death in the country. Air pollution has been the cause of millions of premature deaths, including children, many of those who are suffering from irreversible health hazards and reduced life-span (by upto 17 years) in India.

Air Pollution is a familiar story in India. Every few months, Delhi makes it to the headlines for its hazardous air quality. In an effort to find a solution to this problem, smog towers were installed in Delhi a couple of months ago.  We saw many lauding this and we bet our hopes on it to improve the situation. Are smog towers helpful in reducing air pollution? Are they good enough to solve this problem? Let’s evaluate.

Smog Towers are nothing but a 20 Feet tall air purifier that costs 7 Lakh rupees each and requires about INR 30K- INR 40K every month on maintenance. It sources power from the grid whose cost is perhaps a lot higher than the cost of maintenance. As per the claims made, a smog tower can clean up the air in about 100 mts to 500 mts radius and has a clean air delivery rate of 20-30 Mn cubic metres of air per day.

Before we talk about the effectiveness of a Smog tower, let’s first understand what exactly Smog is. Smog, as we know, is a major issue, more so in the Indo-Gangetic plain and specifically in the capital region of our country. To put it very simply, smog is a type of intense visible air pollution that comprises a mixture of smoke and fog. It’s composed of air pollutants like nitrogen oxides, sulphur oxides, ozone, smoke and other particulates that can cause a number of health effects. That brings us to the question, do Smog towers remove smog? The simple and short answer to this question is No. Smog towers only remove particulate matter (small particles that are smaller than a human hair).

A Smog tower is made of multiple Air purifiers on the inside. An air purifier, to put it very simply, is nothing but a fan and a HEPA filter (High-efficiency particulate air that can trap harmful particles present in the air). A smog tower comprises 8-10 air purifiers but they only act upon particulate matter and do not purify the gaseous pollutants.

HEPA filter purifies only Particulate matter by up to 90%, that means all the SOx, NOx, CO, O3 and other dangerous gaseous pollutants in the air you breathe. The case in point is the Smog tower installed in China. Smog towers in China failed as they could only remove a spoonful of particulate matter in an entire day. They received a lot of flak from experts in spite of all the gadgetry that went into the making of it. Instead of learning from this, India set out to build its own and seemed to have reached the same obvious, inevitable result.

If smog towers were to really work, the air quality in Delhi’s Lajpat Nagar where the tower was installed should have seen an improvement. However, looking at the numbers, there has been no change or impact of the smog tower. Therefore, just like how a giant air conditioner won’t solve the global warming problem or a bandage can’t save a patient from cancer, a smog tower is not the most effective way to deal with air pollution.

In addition to the efficacy of a smog tower, let’s also look at the practicality of the solution in terms of the costs associated with it. Delhi NCR region has an of Area of 54,984 km². This means that we will need at least 275 smog tower units to cover the entire city which can be equated to about 5% of 20Ft and above buildings in Delhi. The cost of installation will be INR 19.25Cr (7,00,000 per unit) and INR 13.2 Cr a year to maintain them. A sum total of INR 32.45 Cr for the first year. According to WHO,  a safe limit for PM2.5 is under 40 micrograms per meter cube.

The average PM2.5 in Delhi is around 220 micrograms per meter cube. This means that we need to have 5.5 times the number of units, i.e., we need 1600 smog towers in Delhi NCR alone. And the cost will be close to INR 1,78.475 Cr. What about the 25 other cities with similar requirements and can it really bring down pollution? This solution looks far from practical.

Plus to put things into perspective, we need a better measure of spread and source of air pollution. If you cannot measure it, how can we even estimate solving it? The measure of air pollution is so sparse in the country that we only have about 180 air monitoring stations working as of today. Air quality in hundreds of other cities are classified as non-attainable cities, it means that we can never measure air quality in those cities.

In addition to this, there are no sensors to measure air quality for Indian conditions or sensors made in India. Thus, just like how a doctor needs to diagnose a patient to prescribe medicines, there is a pressing need to measure air quality first using a combination of on-ground and remote sensing with acceptable flexibility to accuracy to which we are ignorant.

What Can We Do To Make Things Better And Immediate?

According to Teri,  amongst the sources for air pollution within Delhi, the share of the transport sector is significant (39%) in PM2. 5 emissions. This reduces to 19% in PM10 emissions in Delhi, due to the presence of other major sources, such as road dust and construction, which emit more particles in the coarser range of PM. Similarly, a study by Urban emissions on average, across the urban airshed of Greater Delhi reports that the annual average PM2.5 concentrations vehicle exhaust is responsible for up to 30%, a leading source for PM2.5 emissions.

Some of the immediate measures that can be taken include stopping usage of all Diesel Generators (a law exists but not implied enough), driving strict policies to curb construction dust and cap industries to adopt methods of not letting any pollutant in the air. All these measures can bring down at least 50% of air pollution in Delhi. In addition to this, there should be more emphasis on adoption of EV buses that can reduce transport dust by a significant margin.

Secondly, there’s a lot of talk on stubble burning and how it’s the cause of major pollution in Delhi. This is only partially true because stubble burning is a seasonal activity. The air quality of the entire Indo-Gangetic plain of India is bad and polluted more or less throughout the year.

Apart from this, we should also take into consideration all the biomass burning that occurs in many areas of Jharkhand, Uttarakhand etc, today due to lack of penetration of LPG, forest fires and an increasing number of hotels and resorts in these areas. Infusion of millions of travellers travelling up the mountains increases the distribution of pollution. All of this can be controlled through better policies and restrictions. Additionally, other factors like garbage burning, burning of waste on road, heating during cold months outdoors in Delhi etc., worsen the situation

On one side there is increasing emissions, and no matter how many smog towers we install, there will be a negligible reduction in Air pollution. Hence we can conclude that Smog Towers are not the most effective solution to air pollution. Dealing with air pollution requires better measurement of air quality, awareness about sources of pollution, tracking of changing patterns of air quality in cities, installation of air quality monitors and consistent efforts towards reducing emissions.

Our efforts as responsible citizens and as a government should be focussed on innovative solutions that can actually be a long term solution rather than a temporary relief for pressing problems like air pollution.