Delhi Now Has An ‘Anti-Smog Tower’ But It’s Not The Solution To Air Pollution, Say Experts 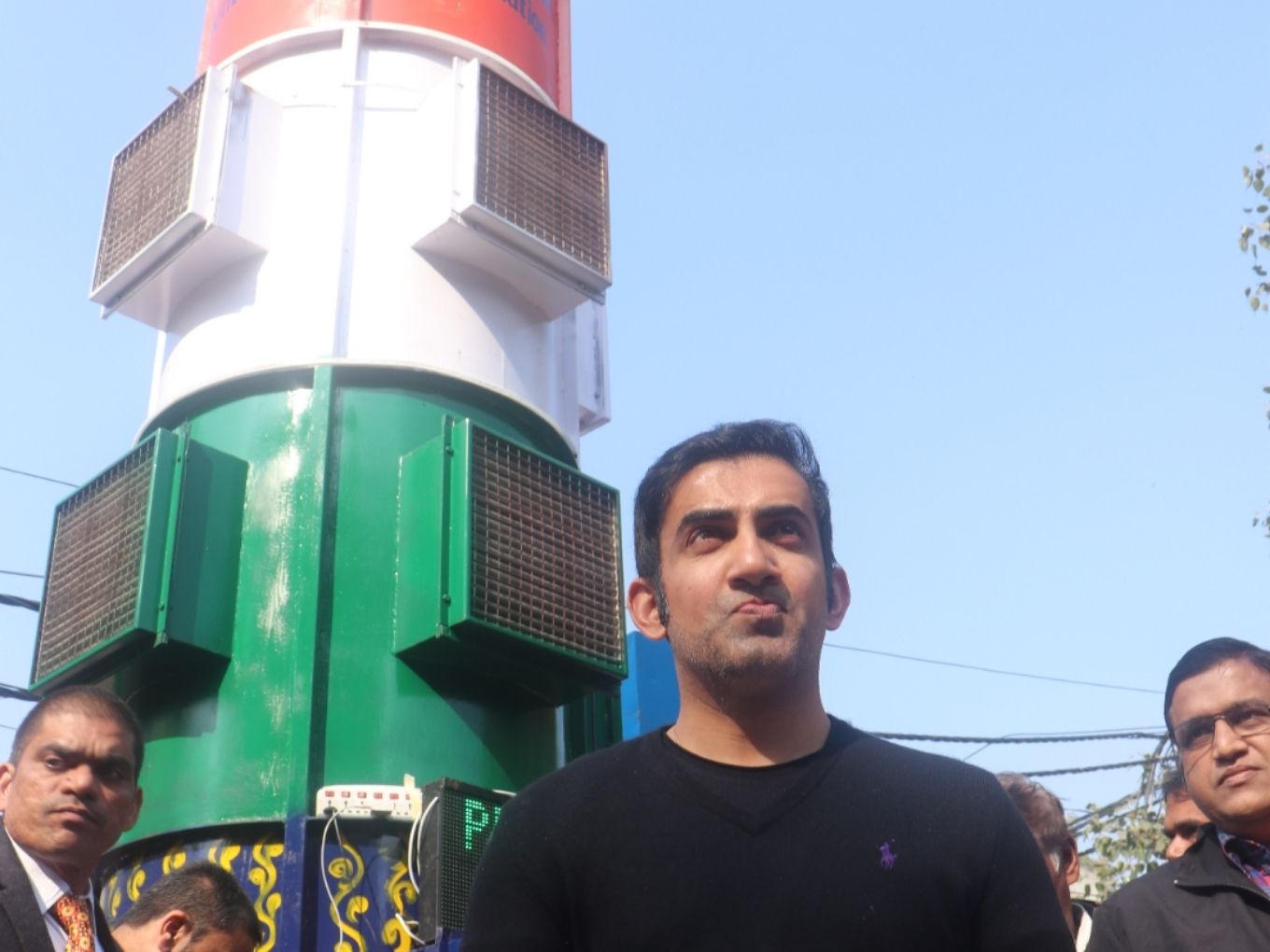 The anti-smog tower runs on electricity sourced from the grid

Delhi finally has an anti-smog tower, but it may not quite be the solution to air pollution that Delhiites want. Installed by the Traders Association Lajpat Nagar (TALN) in the Lajpat Nagar market in South Delhi. The anti-smog facility was inaugurated by former cricketer Gautam Gambhir, who is the elected member of parliament from the East Delhi constituency.

The device has been procured by the Gautam Gambhir Foundation and installed with the help of TALN. It has to be noted that the cost of the device is INR 7 Lakh and the operational and maintenance cost of the device would be around 30K per month, which will be borne by TALN.

The 20 ft tall tower is said to purify the air around the Lajpat Nagar Central Market area, which witnesses an average footfall of over 15K people every day. The device is said to purify 250K to 600K cubic metres of air per day. It is also claimed to clean 80% of particulate matter (PM) — PM 2.5 and PM 10 — and help in improving air quality within a circumference area of almost 500 to 750 metres.

In a press statement, Gambhir, the MP for East Delhi, said: “Fighting Delhi’s air pollution is my topmost priority and we are working on several such initiatives.” The East Delhi Municipal Corporation (EDMC) had brought machines and sprinklers worth INR 70 Cr when pollution was at its peak, he added.

In terms of the design, the tricolour-themed tower is shaped like a chimney with four outlet units. The air purifier tower is fitted with exhaust fans to pull in air with the help of a big inlet unit. It runs on electricity, which is supplied by the national power grid, but the tower also has an option to utilise solar power.

Worryingly, air pollution levels have remained in ‘severe’ category in the capital for many months. On Sunday (January 5) morning, there was a drastic improvement and the air quality index (AQI) entered the ‘very poor’ category (PM 2.5 was 302 and PM 10 was at 283) in Lodhi Road area, according to the AQI data, as reported by ANI. However, the data keeps fluctuating during the peak hours of the day.

Inc42 reached out to the Council on Energy, Environment and Water (CEEW) to find out more about the fluctuations in AQI levels. However, the council denied commenting as there was no analysis conducted to back up the data at the moment.

The tower has been installed as a result of pressure from the Supreme Court. In a November 2019 ruling, the SC had asked the centre and the Delhi government to install ‘anti-smog towers’ in Delhi-NCR. Similar to the air-purifying tower in China’s Xi’an, where the device is claimed to clean over 10 Mn cubic metres of air per day.

While reports from scientists behind the Chinese project seemed positive at first glance, there is no public data available or solid evidence to support their claims. Hence, this remains a fragile option to tackle air pollution, according to some cleantech startups and experts that Inc42 spoke to.

Speaking to Inc42 earlier, Purwar had said that masks, air purifiers, and other such products are akin to putting “a band-aid on cancer.” They may temporarily address the symptoms but do nothing about the root cause.

Other experts are equally sceptical. Anumita Roychowdhury, the director executive at the Centre for Science and Environment told HT that investing in such devices is not feasible as there isn’t enough data to back this technology or evidence of improving air quality yet. Instead, she suggested that the government and other industry stakeholders use the same money to reduce emissions from vehicles, industries and others.

“We need real action to cut down on real emissions,” she added.

The Gautam Gambhir Foundation clarified that the air purifier is a prototype and the team will analyse its performance and then install several purifiers around the constituency. “Every step in the direction of making Delhi pollution-free saves lives.”