Nearly 47% of companies that adopt low-code are enterprises 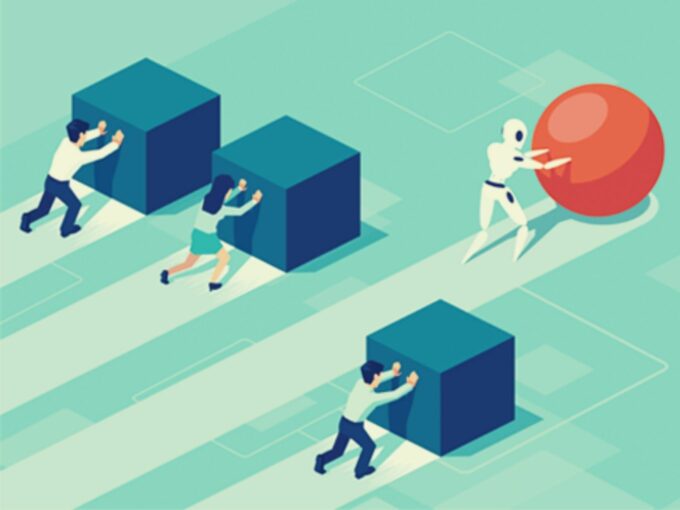 John Sinek was pacing up and down his corner office that overlooked the Charles River, in Boston. John had joined Acme Inc six months ago as the CIO. The CEO had given him a clear mandate – to use technology as a lever to transform the company and spur the engine of growth. Expectations were high, as were the challenges that John faced. Acme’s technology team had long acquired a reputation for delivering projects late, and their software budgets were way out of control.

Nearly six months ago, when John promised the board that he was the right man for the job and his secret weapon was the Low-Code Automation Software (LCAS). John had told the company board,

John explained with an IDC report in his hand and showed how enterprises achieved a productivity gain of 123% combined with a five-year RoI of 509% using Appian, one of the major low-code software providers.

LCAS is itself not anything new, it’s a moniker for the age-old Rapid Application Development (RAD). However, as more and more software vendors packed enormous power into their software, the low-code movement promised to revolutionize software development.

In the past six months, since he was hired for the job, John had piloted low-code at Acme Inc. He was pleased with the results. During the pilot phase, he noted what used to take 10 developers, his team could now achieve using just 6 developers and at half of the time, it would have taken through traditional software. The quality of the application was also significantly better – defects were down to 30% compared to the previous releases using traditional software. This was a significant jump.

While John and Acme Inc.’s case is a fictitious account to demonstrate the power of low-code, there are several real-world instances of low-code producing remarkable results for enterprises. So, how do enterprises make low-code the enterprise platform of choice? Is low-code mainstream? Are there other CIOs and CXOs who believe in low-code?

Is a mass scale adoption viable? If yes, how should organizations go about implementing the change? It is one thing to run a successful pilot as in John’s example. It is entirely another thing to transform the company using low-code.

The notion that LCAS was used mainly by the Small to Medium Business (SMB segment) is just not true as low-code adoption has far-reaching benefits across enterprises of all sizes. So, it’s only a matter of how and not if low-code should be adopted company-wide.

Company-Wide Low-Code Adoption: What It Needs?

How does one go about implementing low-code company-wide? Organization-level changes at the macro level might not be as demanding, however, when it comes to a full-blown overhaul there’s a chance you can derail your operations if done wrong. When it comes to implementing low-code across all functions and areas, it’s recommended to have a dedicated Center of Excellence (CoE)

To CoE Or Not To CoE

A CoE can build out the expertise and key processes company-wide that can help the organization adopt the transformation, constantly improve, and become efficient at it. At the outset, new low-code practices can start in one functional area, and then scale to other parts of the company. The CoE will be acquiring input and mapping out processes to support various functions, constantly evolving as the processes mature. This becomes especially important when going company-wide in order to meet the quantitative and qualitative business goals of opting for LCAS.

Here are some of the reasons why enterprise low-code adoption needs a dedicated Center of Excellence  (LCAS CoE):

An LCAS CoE would bring in the necessary standardization, methodology, security, and governance.  This would streamline project management and the much-needed discipline towards software delivery. While low-code may bring in faster development, it still cannot ignore the methodology and standardization that are required in each enterprise.

Without the necessary standardization and security guard rails, any software development tool, including low-code would likely become counterproductive for any company.  Thus, it would be imperative that the CoE takes control of this aspect.

An LCAS CoE would spur internal adoption for Application Development & Delivery (AD&D). The CoE can set up internal training and best practices. This can help organizations achieve scale at a low cost.

The CoE can champion innovations by experimenting with new and cutting-edge concepts such as Artificial Intelligence, Machine Learning, and Analytics, etc and incorporate them seamlessly into their internal apps.

What is called innovation today may become table stakes in a few years. Thus, concepts such as AI and Robotics Process Automation (RPA), etc would become mainstream in a few years, and companies that are left out of these new paradigms would likely not benefit in the long run. Low Code is a great way to harness and adopt new technologies. The CoE can champion such initiatives and provide the much-needed impetus for such innovations.

The CoE can also champion the cause of increased efficiency and can help reduce time to market for companies. The CoE can act as a catalyst here by experimenting and evaluating 3rd party marketplace components and can often make the right decisions when it comes to build vs. buy.

One of the problems plaguing the traditional enterprise software development is the fact that it was difficult to meet business’  expectations of cost and timeline. IT projects carried out traditionally generally had huge cost overruns and delay in timelines. One way to solve this problem is to empower businesses to solve simple and easy problems. Known as Citizen development, low-code was a perfect way to achieve this.

LCAS CoE would not only empower Citizen’s developers but can also bring the talent pool from the Application Development and Delivery (AD&D) – a moniker for advanced programmers who can build complex software – when needed. This means that businesses can self-serve their low-end IT needs while looking to corporate IT teams for complex work. A Forrester report shows that close 93% of low-code customers had benefited from either significant improvement (26%) or modest improvement (67%) in meeting the business’ expectations of timeline and budget.