India was one of the early enforcers of the complete lockdown confining 1.3 Bn people to their homes 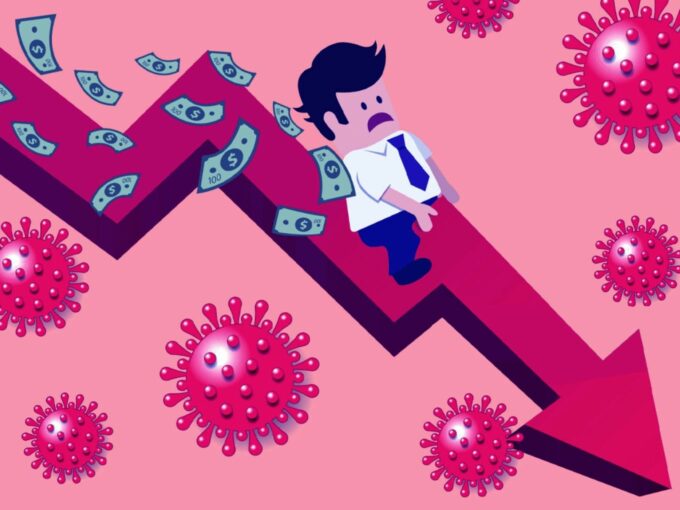 As the world continues to reel under the pandemic, economists are debating if the fallout will be similar to the 2008 financial crisis or the Great Depression of the 1930s, or something far worse. Never has the world gone into a lockdown where nearly 75% of the population were confined indoors.

India was one of the early enforcers of the complete lockdown confining 1.3 Bn people to their homes, shutting down businesses and putting a stop to most of its economic activity. The Indian economy has seen some testing times in the recent past and its recovery has been halted due to the pandemic. The startup ecosystem has evolved since the turn of the century and more so in the last decade due to the shift in consumer preferences and the emergence of 4G mobile internet connectivity in India.

New-age businesses have technology as its fulcrum. However, due to lockdowns and the anticipated change in consumer lifestyles, some of these new-age companies are under severe pressure. Layoffs, furloughs and salary cuts are the new normal for most startups as they struggle to re-emerge from this devastating Covid-19 imposed pause.

A study conducted by NASSCOM recently revealed that nearly 70% of Indian startups have the cash to survive for only three months and nearly 40% of the startups surveyed mentioned that they are either in the process of temporarily halting or closing down their operations.

Companies operating in certain sectors such as retail, manufacturing, travel and transport are pessimistic about the short to medium term future of their business. As seen in earlier recessions, some sectors thrive while others struggle due to changing consumer patterns and behavior. However, FMCG and healthcare have shown strong growth in the past three to four months due to the essential nature of their products and services.

The outbreak also affected the PE/VC space and encouraged funds to rejig their existing portfolios. Covid-19 left the entire services sector immobilised accompanied by skyrocketing unemployment rates. Seeing the volatility in the current business environment, a significant reduction in Indian PE/VC investment and exit activity in 2020 is predicted.

Indian businesses have seen a major portion of their revenue streams erode rapidly. Without clarity on when these revenues and growth patterns will revive, risk premiums are expected to go up significantly, warranting a re-evaluation of valuation multiples. With the dearth of capital, lack of clarity on revenue projections and supply chain revival PE/VC funds are restructuring and revaluating existing deals.

Funds have shifted focus on reviving their current portfolios by way of additional equity infusions, bridge financings, and providing additional bandwidth to their portfolio company management teams that are currently firefighting on multiple fronts. Traditional PE/VC investment are expected to slow down over the next quarter while several niche segments like productivity solutions, logistics and delivery, edtech, online entertainment remain attractive to investors due to their applicability in the current environment.

The government also undertook major steps to shield the economy by introducing various initiatives, relaxations and a financial package to aid the startup ecosystem. Though the amount of financial stimulus is being debated, the government’s intention is to ensure startups don’t just survive in the short term but rather become self-sufficient in the long term under the “Atmanirbhar” plan.

In the past few months, the government has given statutory support and created a basis for the practice of telemedicine in India. Changes were announced for labor laws, the Agricultural Produce Market Committee (AMPC) Act, the Foreign Exchange Management Act (FEMA) and company laws; and loan moratoriums and collateral-free loans to MSMEs. All of this will benefit the Indian startup ecosystem in the post-Covid era.

Startups play a critical role, especially during these stressful times. They provide the highest potential for job growth and serves as an anchor by increasing demand while bringing in innovation and competition. As the economy’s backbone, they need to get the necessary support from the government in terms of favorable policies and from investors in the form of capital.