8 Digital Public Relations Trends To Watch Out For In 2018

8 Digital Public Relations Trends To Watch Out For In 2018

Public Relations Is An Ever-evolving Industry Which Require Changing Skill Sets, Awareness Of What Is Happening 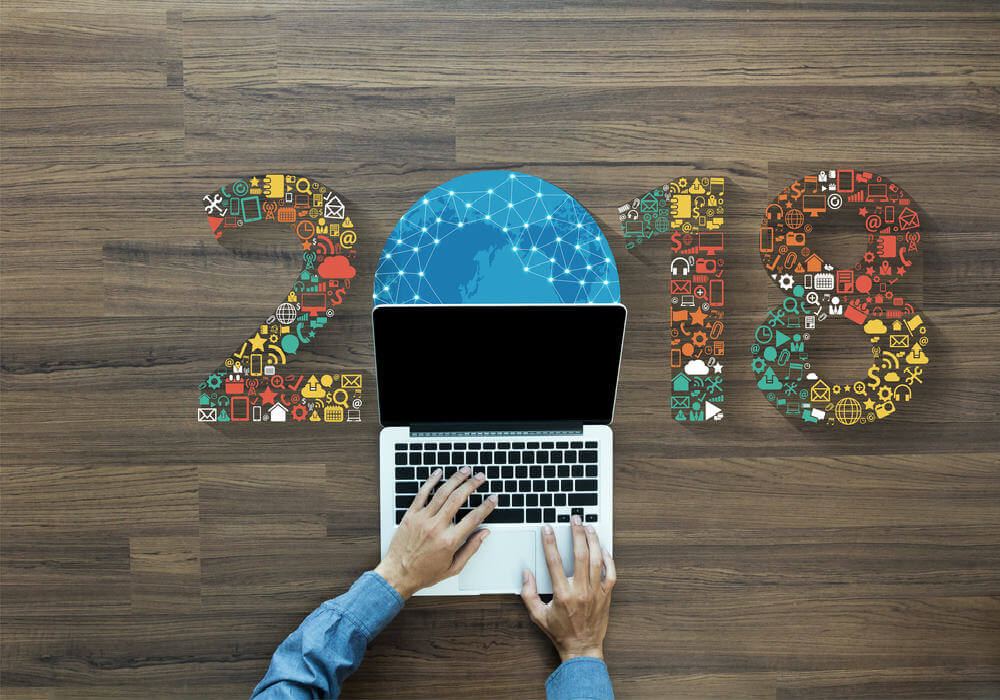 Public relations is an ever-evolving industry. From political influence to overlap with marketing, from changes in technology to dramatic shifts in culture, the way we approach public relations will require changing skill sets and an awareness of what is happening.

Let’s review some of the current trends in this industry and what we can expect in the year ahead.

Expect Pressure To Embrace Socially Conscious Messaging, And Know When To Resist It

It won’t be news to anybody that we live in polarizing times, or that debates about everything from pop albums to movie reviews have become politically charged.

It’s true that staying in touch with changes in the social climate is a necessity for any brand. That’s doubly true for startups, whose messaging relies more than any other type of business, on capturing the zeitgeist and coming across as the next big thing in their industry.

But “feel good” socially conscious messaging can backfire hard, causing those who may share the values of the messaging to roll their eyes at perceived cynicism, while trolls and ideologically-motivated critics take negative shots at the messaging.

Every successful socially conscious public relations campaign has its failed counterpart. Burger King’s anti-bullying campaign was an overall success, but Pepsi’s quickly-pulled Kendall Jenner ad was seen as a cynical and culturally insensitive attempt to cash-in on Black Lives Matter.

It’s obvious that taking a value stance can alienate some potential customers while building trust with others, but public relations decision makers sometimes fail to realize how poor execution can just end up alienating everybody, especially, where it’s obvious that your brand has no real skin in the game.

Often, the cracks in the armour only make themselves evident when things start to crumble. A truly solid brand presence depends on how third parties react to the brand, including journalists and professional reviewers along with the increasing customer reviews and social media discussions.

Some modern marketing teams are adept at the PR skills necessary to handle these third-party reactions, but many aren’t.

The more marketing and public relations intersect with one another, the more important it is to understand why one can’t simply replace the other. Public relations skills are about anticipating and appropriately responding to the reactions of the public and the press. If your marketing team isn’t equipped to handle this, it can’t serve the same purpose as a dedicated public relations staff.

AI is slowly making its way into every aspect of our lives, personal and professional, and public relations is certainly not an exception to this trend.

An enormous part of public relations is about anticipating public reactions to brand actions, and AI is in large part about making predictions, based on existing datasets. We can expect data scientists to play a larger public relations role in the year ahead.

That may sound more like a task, for large established multinationals, but even startups with limited staff, computational power, and historical data can expect to feel the effects of AI on their PR. Chatbots and automated customer service will heavily influence how well customers perceive and respond to upcoming brands, and the wide-scale availability of cloud computing is giving everybody access to rudimentary machine learning technologies.

By now, the fact that media gatekeepers play a smaller role than they used to and that small, independent voices play a larger part is well established. The rising influence of “fake news” and falling trust in established media organizations has further exacerbated this trend.

Meanwhile, increased investment in inbound marketing along with consumer ad-blindness and increased competition in information supply have all continued to drive publisher revenues down. “Info-tribalism” further contributes to audiences fragmenting themselves into smaller, tighter niches.

This media fragmentation shows no signs of reversing and is likely to accelerate in 2018. Your public relations efforts must be conscious of the need to speak to multiple audiences in multiple places, with an awareness of the forces that will cause them to see you as “in-group” or “out-group.”

The Rising Influence Of “Walled Gardens”

While media fragmentation is pushing the public away from mainstream sources and scattering your audience, a seemingly contradictory force is also taking effect that is pulling your audience back to trusted sources and producing an internet that seems far less like the Wild West.

While this trend is nothing new, it is something to be keenly aware of, as a part of your public relations strategy in 2018, since understanding the technological and cultural forces that cause your story to “trend” on these platforms is ever more important.

The above-mentioned influence of walled gardens and the need to capitalize on trending stories don’t just influence where brands need to go in order to be seen, it also effects how media outlets themselves behave and what they need to do in order to earn attention.

More and more, even established media outlets are relying on “clickbait” and the Buzzfeed model of information distribution. Tech media outlets spend as much or more time talking about politics as they do review products.

Media relation tactics are shifting to meet the needs of media outlets. Startups that fail to determine how their product fits into broader social, political, and cultural narratives will have a difficult time earning press, and especially positive press.

Public relations, as a press release, has been an approach in decline for several years, but as we enter 2018, the skills needed for successful public relations to work are expanding into an even broader range of disciplines. Most notably, content production for public relations is now very firmly about more than the written word.

With a smartphone camera in every pocket, with Instagram and YouTube, a part of daily life, visual media are now firmly entrenched communication tools. The majority of media outlets feel a pressure to publish at least one image with every textual story, and data visualization has exploded as a medium, only a few people were really expecting to take off.

Awareness Of Internet Culture And The Meaning Of Trending Topics

Some of the biggest public relations flubs of 2017 were the result of failing to understand internet culture and technology while at the same time trying to appeal to it. A few prominent examples:

Many brands have learned too easily that the quickest way to go viral is to embarrass themselves. What unifies the disasters above is that somebody somewhere should have vetted these mistakes before they happened.

Artificial intelligence, media fragmentation, and walled gardens are having a dramatic impact on the way people perceive and interact with brands, while shifts in culture and the media landscape fundamentally reshape the job of public relations professionals. This industry is changing dramatically, but it would be a colossal mistake to think that it is going away. Public relations is more crucial and more integrated with a brand’s potential for success or failure than ever, and the more aware we are of changes in the industry, the better our startups will perform.

This story is a part of our Predictions series where we bring to you the forecasts and predictions for the year 2018, hand-curated by the Inc42 editorial team and industry experts. You can read all the stories of Predictions 2018 series here.