2 Simple Email Marketing Tricks You Should Be Using

2 Simple Email Marketing Tricks You Should Be Using 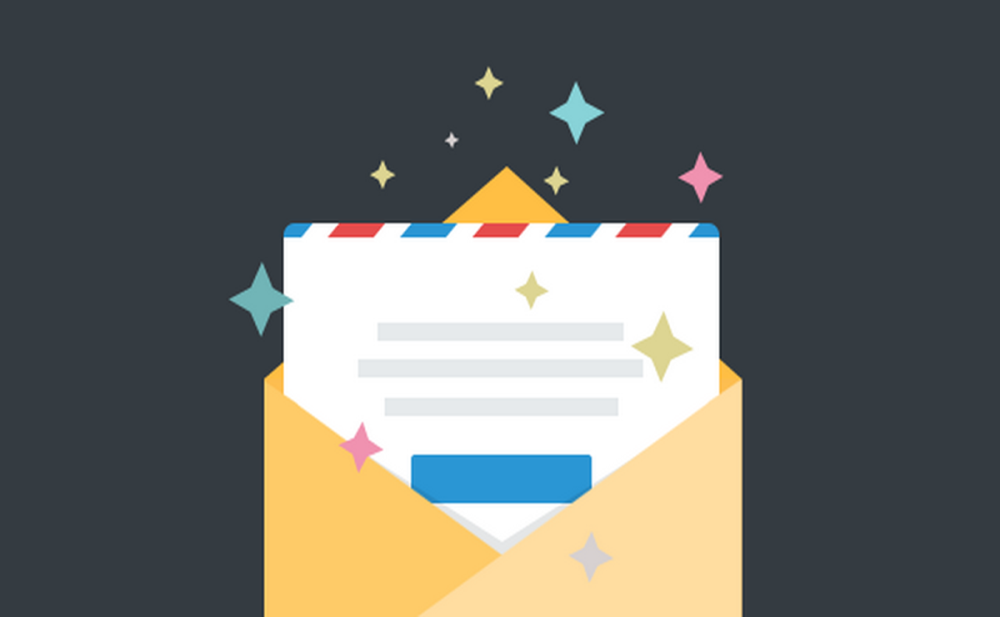 Ecommerce companies across the globe have learnt the boons of email marketing. From the bigger players, like Amazon, to the relatively newer ones, such as Wamli, they all send emails to their customers. These include welcome emails, promotional offers, discount vouchers, abandoned cart reminders and so on. We have previously looked at the content of emails sent by 60+ ecommerce companies across US, India, Middle East, South-East Asia and India. In this article, we analyze the importance of frequency and timing of emails.

The number of emails and time period when emails reach the recipients’ inbox are crucial parameters for email marketing to work in your favour. We undertook a survey and found out that 83 percent customers wanted less than two emails per week. The average was around 1.72 emails per week per company.

In contrast, eccommerce companies bombard customers with too many emails, too frequently! We found that ecommerce companies on average send four-eight emails per week to a customer. However, we also saw that there were companies that sent a whopping 40 emails in a week. 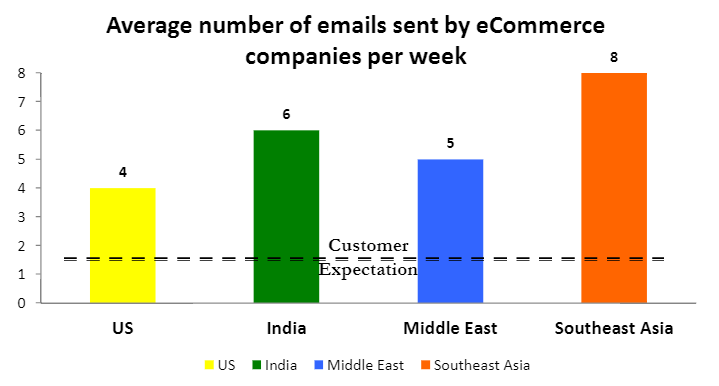 In the US, there are some companies that send up to 10 emails per customer per week! This is way more than what the customers expect or want and can only lead to one conclusion – marked spam! Here’s a look at the number of emails sent by different ecommerce companies in the US: 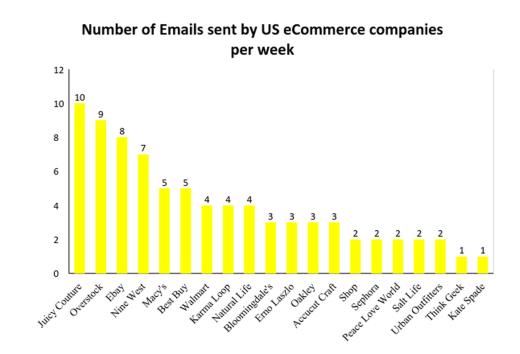 Ecommerce companies in India also send too many emails, with top players like Flipkart, Pepperfry and Jabong sending nine, 11, and 11 emails per week, respectively. Likewise, e-stores in the Middle East and Southeast Asia also send much more than the requisite number of emails with Ensogo sending 40 per week and Groupon sending 21 per week! In the Middle East, Souq and Wysada send 12 and 13 emails per week, respectively. All it results in is annoying the customer, creating a negative “spammy” image and losing out on customer loyalty. (For country specific data download the full report, here)

Now that we have seen that the number of emails is an important factor to consider, let us focus on the second crucial point – Time of Emails.

Why does time of email matter?

Customers are unique individuals and like every other unique individual, have their own specific times to sleep, work, shop, and read emails. An ill-timed email is like knocking on the door when you know nobody is going to answer. When your email, crafted with a lot of effort and time, lands in your customer’s inbox at a time when he does not check his mail, it will go un-noticed. On the other hand, if your email reaches the customer when he is most likely to read, your chances of getting them back to the store increase exponentially.

Some of us are morning people and some of us prefer attending to personal emails late in the night. It becomes really critical for ecommerce companies to send emails at a time when users are most likely to read them. However, our analysis found little evidence of any such attempt by ecommerce companies to tailor the mailing time as per customers’ preference.

Some 63 percent of US stores send emails between 23:00 and 07:00, without considering who among their customers are night owls, who are early risers, and who would be asleep at that time. In Southeast Asia, 29 percent of stores send emails between 07:00 and 11:00, and in the Middle East, 32 percent send between 15:00 and 19:00. Hardly any of these stores take their customers’ timings into account. This results in their emails getting buried under other, newer emails, and increases the probability of these emails getting trashed without being opened. 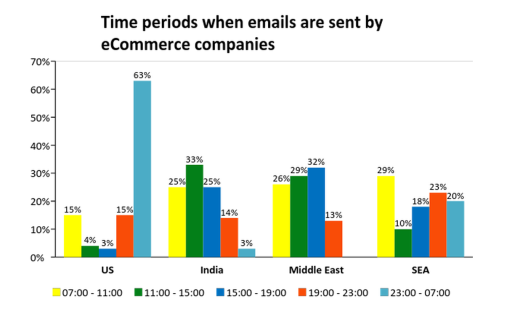 What is the right time to send emails?

There are three crucial things to keep in mind when deciding the time to send out emails:

A clear understanding of the abovementioned three factors will help your emails become more effective, and less spammy. Let us understand these factors more elaborately: