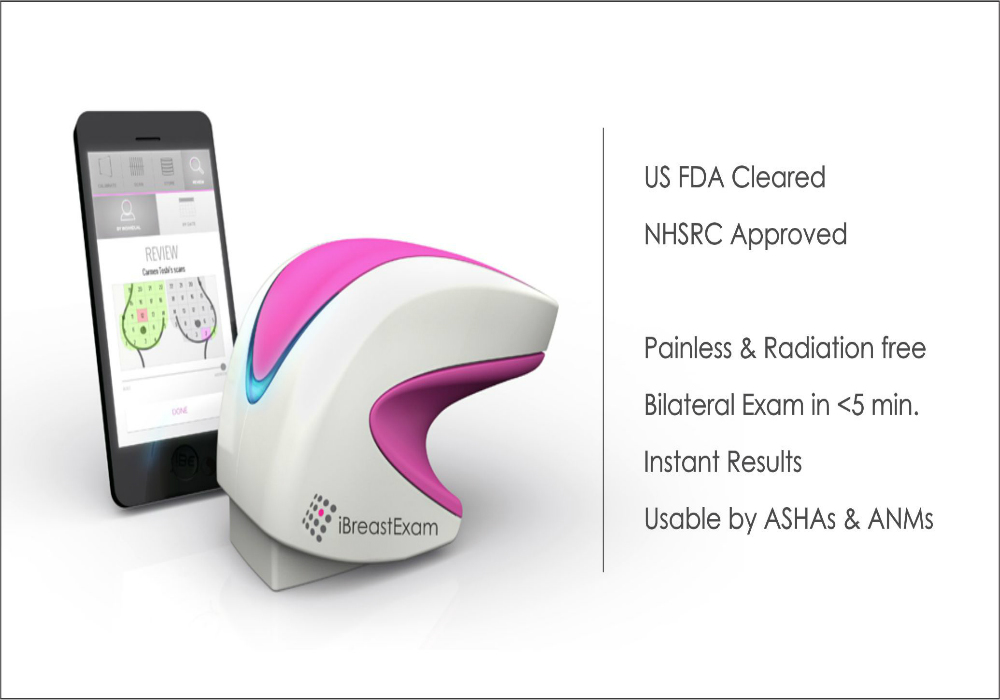 The funding will be used to increase its operations in India and expand development in the mobile-based health devices segment.

Based in US and India, UE LifeSciences was founded in 2009 by Mihir Shah. Its flagship product, iBreastExam is a portable, radiation-free device that can be used anywhere. The device essentially performs bilateral breast examinations and claims to provide results under five minutes.

Commenting on the investment, Kiran Mazumdar-Shaw, Chairman and MD, Biocon said, “Breast cancer is the most common cancer in women worldwide and early-detection is critical. In India, one in two women newly diagnosed with breast cancer succumb to it; a staggering statistic that can be dramatically improved with early intervention. UE LifeSciences’ affordable, high-tech iBreastExam device is uniquely positioned to address this challenge effectively in both, urban and rural India.”

It accurately detects lesions with a sensitivity higher than 85% without causing any pain and has a low false-alarm rate of 6%, as per an official statement.

The company has currently established its facility in Mumbai under the Make in India campaign and will now manufacture new devices for the Indian market.

iBreastExam is currently available in Delhi NCR, Mumbai, Hyderabad, and Chennai via SRL Diagnostics, Medall, Metropolis labs, and Portea Healthcare. It has also been approved by the National Health Systems Resource Centre (NHRSC) of India. The regulatory body will also step in to accelerate the product’s integration into the mainstream healthcare market.

According to an official statement, more than 20,000 females have received the iBreastExam in India till date.

Prior to this, UE LifeSciences raised $3 Mn (INR 19 Cr) as Seed funding in October 2015 led by Aarin Capital and Unitus Seed Fund. In addition to that, the company had also received a grant of $75K (INR 50 Lakhs) as a part of Unitus Seed Fund’s StartHealth programme.