Roadrunnr’s Runners Cause Ruckus Over Salary

Roadrunnr’s Runners Cause Ruckus Over Salary 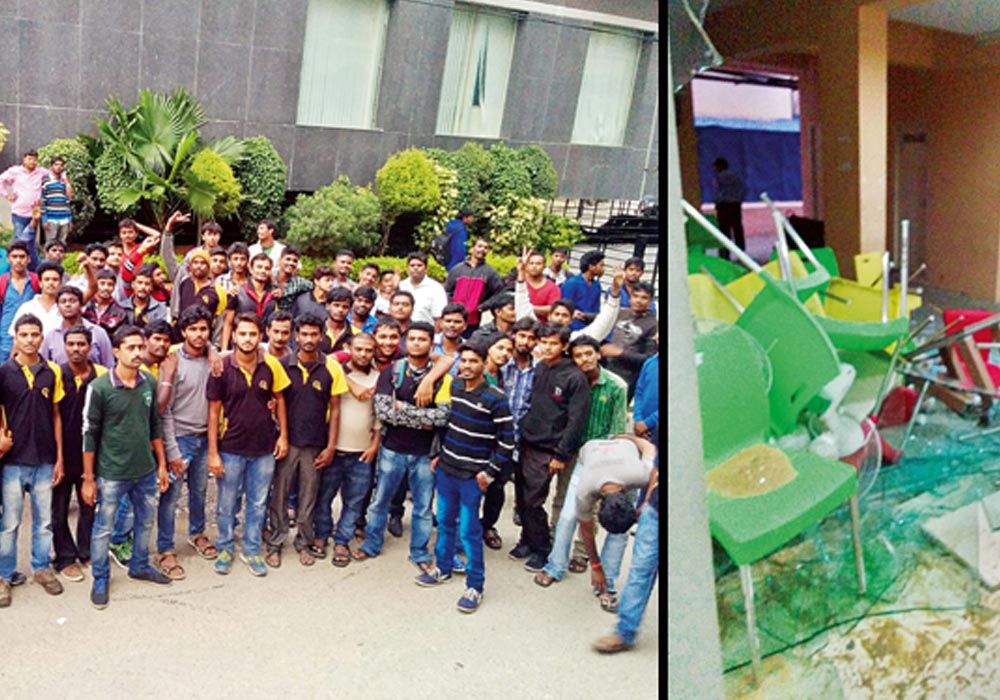 Protesting against the revised salary structure, over 100 delivery boys of Bangalore-based logistics startup Roadrunnr, damaged the office furniture in Ejipura on Saturday, reports the Deccan Chronicle.

According to the the protesters, they were earlier being paid on an hourly basis, but as per the new compensation policy, compensation will be on a per delivery basis. The protestors alleged that the new policy will drastically reduce their salary by nearly half of the current amount.

“Earlier we received INR 50 per hour and extra for number of deliveries. Our monthly earnings were around INR 25,000. Now with only INR 35 per delivery and with an average of hundred orders a month, we will make only INR 3,500,” said Shivu, one of the delivery boy.

Anticipating the seriousness of the situation, Roadrunnr, had reportedly hired 15 bouncers. The Roadrunnr management had also called for police assistance after the protesters started causing ruckus.

However, in an exclusive conversation with Inc42, Roadrunnr, revealed that it now suspects that it was a ‘planned attack’ and the delivery boys are not to be blamed. After checking the CCTV footage of the incident, the company has now identified 21 people as outsiders out of a total no. of 32. It is in the process of identifying the remaining 11.

Mohit Kumar, founder and CEO of Roadrunnr, told us that while it is still an ongoing investigation, the company is suspecting that this incident was the result of the company’s stifle with several agencies which are facing high attrition due to Roadrunnr’s compensation policy as it proves to be more lucrative for the delivery boys.

The company claims that around 96% of its delivery boys do six orders a day which amounts to around INR 20K/per month.

The company has also stated that the incident hasn’t affected its operations. It saw a turnout of 830+ yesterday out of 850 of its delivery fleet who login on a daily basis. It also pointed out that this incident happened only in Bangalore while the teams based out of other cities have been functioning normally.

According to Mohit, the company’s policy was restructured around three weeks ago and the response of the delivery fleet so far, has been favourable. Thus, Saturday’s incident couldn’t have been because of the restructuring. While the police and the company are still in the process of identifying the perpetrators, it is clear that this attack wasn’t planned by people on the company’s payroll and was definitely done with the help of outsiders.

Founded in 2015 by Mohit Kumar and Arpit Dave, Roadrunnr, is a B2B hyperlocal on-demand delivery service that helps book, track and manage deliveries at scale. In July this year, the startup had raised $11 Mn in its Series A round, led by Sequoia Capital and existing investors, Nexus Partners and Blume Ventures.

Lately, startups have been raising the flags over employee dissatisfaction and anger. In the first week of November, TinyOwl founder, Gaurav Choudhary, were held hostage for nearly 48 hours in Pune by its employees, after it announced that it was shutting down its operations in four cities and laid off 112 employees.

In October, Uber faced a similar situation when around 600 partner-drivers, pelted stones and vandalised its HSR office in Bangalore protesting against reduction of incentives by the firm.