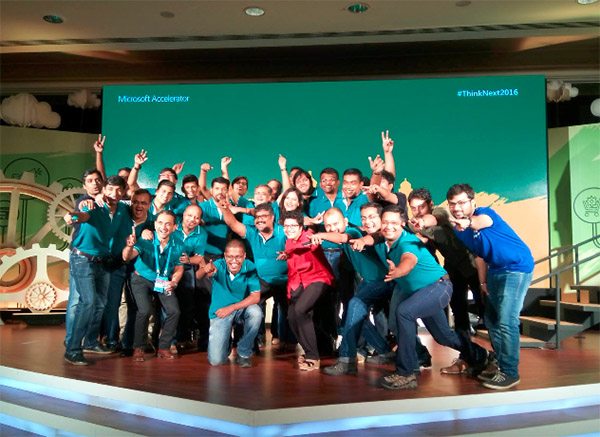 Bangalore-based Microsoft Accelerator has opened applications for its Winter 2016 cohort. Technology and technology enabled startups in any vertical can apply to be part of the four-month accelerator program. Applications will also be considered for Microsoft’s Partner Accelerators under @cceler8.

Microsoft Accelerator has designed two programs viz – Scale Up and Hi-Po which aims to speed up the business potential for startups. The former is designed for later stage startups in growing traction, while the later focusses on series stage startups.

@cceler8 is Microsoft Accelerator India’s initiative to help startups by providing them access to various programmes under Microsoft and its partners. The eligible startups will also be recommended for Microsoft Partner Accelerator programs. These include Reliance’s GenNext Hub, ISDI and AIM Smart City, which is the latest addition to the list.

Over the years, the program claims to have received over 3500 applications. Ravi Narayan, Global Director, Microsoft Accelerator said, ‘’Through the common application process for @acceler8, we can identify the right fit for applicants and recommend the right set of interventions.’’

The pillars of the program include five workshops which include – Operating Plan Building, Stakeholder Development, Traction Management, Product Management and Pitch. Other than that, there are various networking events that will connect the startups to mentors, investors, alumni, tech evangelists and entrepreneurs.

Launched in 2015, Microsoft Accelerator’s programs have received traction from Citibank, Patni, Reliance and Kyron. It has also witnessed the growth of startups like Reverie, Altizon and Aureus Analytics who are now working with Microsoft’s corporate network.

The final date for submitting applications is August 10,  2016. To apply, click here.