Tanmaya Jain, founder inFeedo said, “With a phenomenal response from over a 100+ HR Heads across the country, we’ve reached a stage where we’re almost unable to deal with the incoming interest. We are currently live with 16+ companies and are on track to touch more than 10,000 paid users by the end of the year 2016. The investment further validates our disruption in HR analytics and employee engagement but we required the funds to help us deal with scale.”

Founded in 2013 by Tanmaya Jain inFeedo helps HR automate continuous collection of feedback so they can focus on action points instead of getting lost building reports. Focussed on employee engagement, inFeedo’s new chatbot Amber has already been deployed in companies like MakeMyTrip, PayU, Knowlarity, RedBus, Caratlane and Nearbuy. Amber talks to employees regularly and based on their chats, auto generates culture reports for HR leaders. 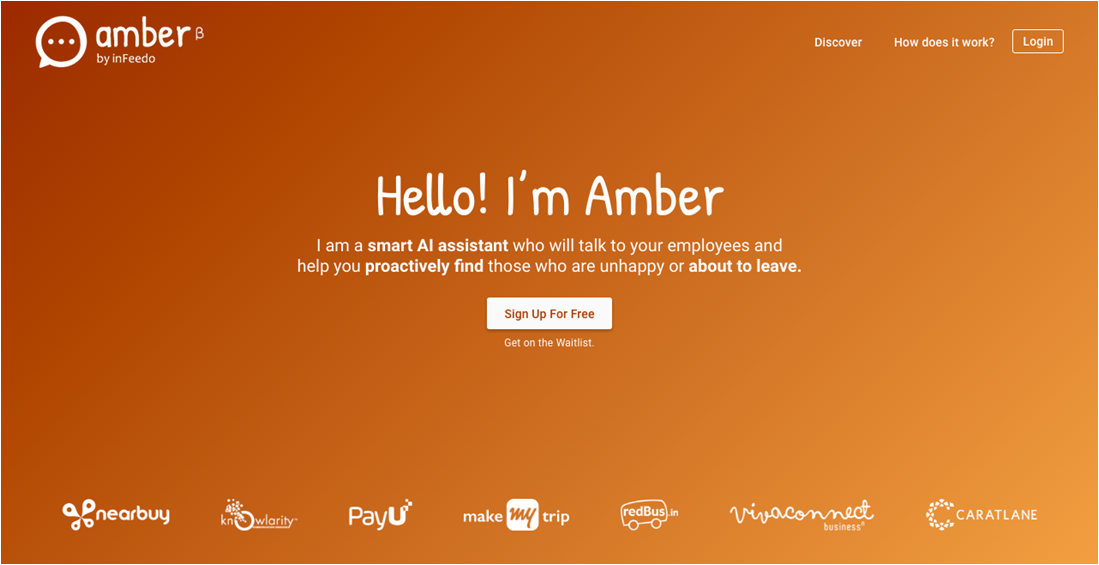 According to a company statement, the company will use the funds to meet the growing demand and scale across India with plans to hit the international market in 2017.

With the rising adoption of technology by HR, SMB SaaS is expected to grow to $76 Bn in 2020 and India is expected to capture 8% of this market. Earlier in September 2016, the startup had raised an undisclosed amount of funding in an angel round, with participation from a UK-based hedge fund and others.