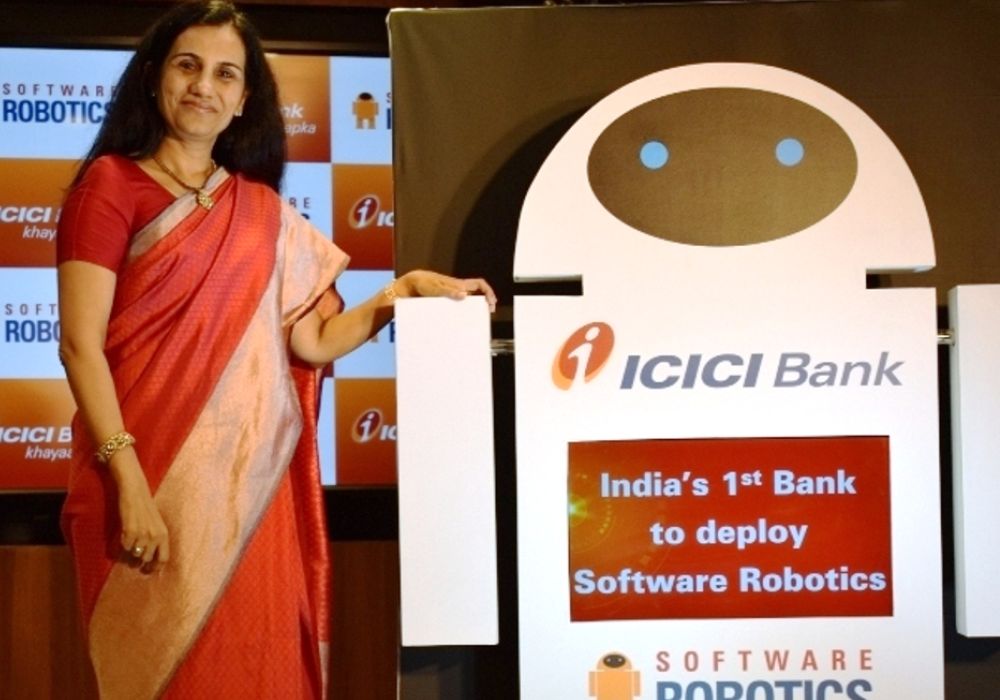 ICICI Bank has introduced robotic process automation for 200 business processes across various functions of the bank. These processes will automate, regulate and perform tasks of high-density and volume that need to be carried out over multiple applications while increasing productivity.

These functions include retail banking operations, agri-business, trade and forex, treasury, human resource management among others.

“Software robotics will become the fulcrum for processes in the services industry by improving them, just like they have in the manufacturing industry,” said MD and CEO of ICICI Bank, Chanda Kochar.

This makes ICICI the first banking institution in India and one of the three known banks globally to have installed business automation processes in the back-end systems. The other two banks are UBS and Goldman, stated Kochar.

“ICICI has conducted INR 1 Lakh Cr worth mobile transactions in 2016 and INR 3 Lakh Cr transactions overall,” said Kochar. “Using tech to empower and improve efficiency in some of these processes is a natural next step for the bank.”

According to a Deloitte report, AI tech and systems working on automation are tipped to be the next step in the evolving global financial industry. Keeping this in mind, ICICI bank has developed automated software – that sits on top of the existing user interface and performs functions that are high-volume and repetitive, across multiple channels (internal as well as external) using a combination of AI and Machine Learning (ML).

As per the company, these robots perform over 10 Lakh transactions daily at 100% accuracy and reduce customer response time by 60%. It uses algorithms to sort processes and connects internal applications to external applications such as Aadhar or PAN card verification for KYC compliance. A sequential decision-making (i.e. pre-defined logic) method is then used to sort the processes.

The idea for software robotics has been in development for the last one year and has been executed by an in-house team of 15 members working from Mumbai and Hyderabad.

“The transaction patterns of users has changed drastically in the last 10 years. Whereas before it used to be 10% online and 70% in branches, the ratio has inversed now,” said B Madhivanan, Chief Technology and Digital Officer, ICICI Bank. “Software robotics has arisen from the need of the customer to get quicker and more efficient service from the bank,” he added.

The processes that have been automated include RTGS request processing initiation, NEFT file preparation, KYC norm compliances, 15G/15 H form processing among others.

“The learning phase lasted for a couple months which we tried with low complexity processes. The main learning we got was to write code that would cover all eventualities in a transaction scenario,” said Anita Pai, Senior General Manager, Operations. “The other learning was equipping the supervisors with the ability to check the transactions done by the robot on a dashboard for accountability.”

The bank is confident of its ability to produce more automation in order to upskill its workforce while retaining labour and plans to roll out 500 processes by the end of the fiscal year.

The robotics initiative comes on the heel of ICICI Bank stepping up its fintech game with the launch of iMobile Smart Keys last month, which would enable two-step transactions in 30 seconds without using the bank’s app. ICICI has launched 165 features in various digital banking initiatives, starting with the release of iMobile, the very first banking app back in 2008.