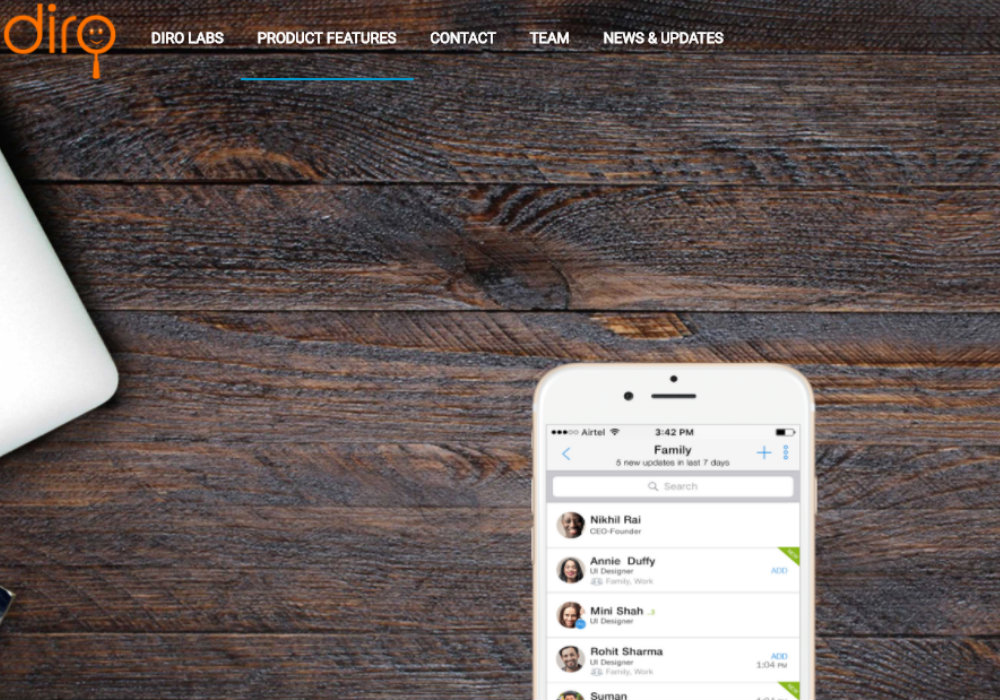 As mentioned in the company’s BSE filing, the company has, through its wholly-owned subsidiary, invested an additional amount of $147K through optionally convertible cumulative redeemable preference shares in VCare Technologies Pvt. Ltd which has developed a mobile application named DIRO – that works as a cross platform sharable collaborative phonebook.

Founded in 2014 by Vishal Gupta, Sumeet Singh and Arjun Singh, Diro Labs had initially raised funding from Info Edge in June 2016. Info Edge now has about INR 4 Cr investment in the company, which translates to about 14.77% stake as on date in the company on a fully converted and diluted basis.

Info Edge has been strengthening its existing Internet properties as well as increase its take in the booming ecommerce segment. Prior to this, HappilyUnmarried, a Delhi-based online gifting website, raised $740K (INR 5 Cr) in an all stock deal from Info Edge in July 2016.

Info Edge runs consumer internet properties such as Naukri, 99acres, Jeevansathi and Shiksha. It has earlier funded startups such as Zomato, Policybazaar and MyDala.