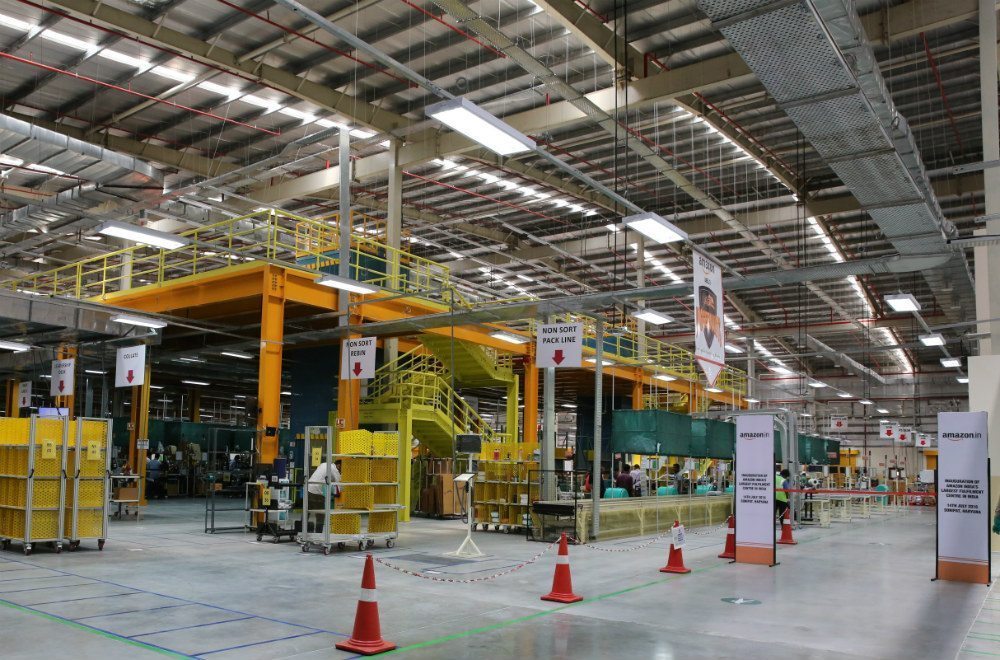 Amazon India inaugurated its largest Fulfilment Centre (FC) in Sonipat near New Delhi on Thursday. The centre is spread over 200,000 square feet with more than 800,000 cubic feet of storage space.

Earlier this month, the ecommerce giant announced that it has invested in six new fulfillment centres (FC’s) to meet the demands of its seller base in the country. These new FCs were to be set up in Chennai, Coimbatore, Delhi, Jaipur and Mumbai.

Talking about the new FC, Akhil Saxena, Vice President, India Customer Fulfilment, Amazon India, said, “It will enable thousands of small & medium businesses to save money by replacing their upfront capital expense with low variable cost and pay only for the storage space they use and the orders that we fulfill.

The FC will allow Amazon to offer its Fulfilment by Amazon (FBA) service to small & medium businesses in the Delhi NCR region and the state of Haryana. Amazon now has close to 2 million cubic feet of storage area across Haryana and Delhi.

With this, the combined storage capacity available to sellers on Amazon.in will increase 1.5 times to 7.5 million cubic feet by the end of this year.

India’s ecommerce market is expected to grow to $103 Bn by 2020, as per a report by Goldman Sachs. And ecommerce biggies are all set to take advantage.

Gearing up to compete with the competition, Amazon has been investing heavily in India to overtake its local rivals Flipkart and Snapdeal. In May 2016, Amazon fuelled approx $200 Mn (INR 1350 Cr) investment, in its Indian unit. Prior to this in February 2016, Amazon invested about $300 Mn (INR 1,980 Cr.) in Amazon Seller Services. Earlier it infused $250 Mn (INR 1,696 Cr) through a rights issue in December 2015.