AirAsia To Foray Into Ecommerce, Claims To Be An Internet Company

AirAsia To Foray Into Ecommerce, Claims To Be An Internet Company 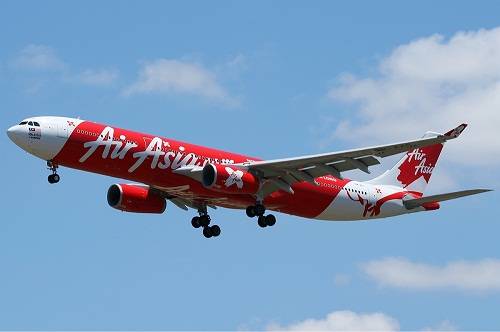 Low-cost carrier AirAsia will soon foray into ecommerce. AirAsia’s chief and co-founder Tony Fernandes in a recent conference sponsored by Digital News Asia in Malaysia said that the airline was forming an ecommerce arm, whose core areas would include online shopping and social gaming.

“We aim to be the largest and most profitable interactive commerce company in Asia, by building a diversified portfolio of leading, specialized, and global ecommerce brands,” Tony said. “Though not much has been revealed about the plan but he promised to “reveal more when the time is right.”

He also added that this shouldn’t come as a surprise as AirAsia really considers itself an internet company. He said that AirAsia has a tremendous amount of internet potential.

The AirAsia Group has invested in or started several ventures where internet plays an essential part, such as AAE Travel (a joint venture between AirAsia and Expedia); the Asian Aviation Centre of Excellence; Think Big Digital (a joint venture between AirAsia and Tune Money which operates the AirAsia BIG loyalty programme); and it also has a 40% stake in Tune Money. Tony also owns the Tune Group which has investments in Tune Talk, Tune Hotels, Tune Protect, Tune Studios, Tune Labs, a venture company looking at tech startups, and more.

Once its non-airline related ecommerce business comes into existence, it will provide another revenue stream for the company. As per Tony, more than 20% of their group’s business comes from ancillary goods and services, which are also sold online. Ancillary is the airline industry’s lingo for any charge that’s not airfare. This includes everything – from checked baggage, preferred seating, in-flight meals and WiFi, to hotel and rental car bookings and redemption of miles.

Fernandes also said that his group of companies also plans to launch its own version of TripAdvisor, a travel dongle, a new YouTube type of channel, and more.

Given the fact that AirAsia also has a presence in India, and coupled with the boom in ecommerce happening in the Indian market, it won’t be a surprise if the carrier launches its ecommerce business in India as well. The fact that India’s Internet market is all set to become one of the fastest growing in the world, with the size of $137 Bn by 2020 as per reports from Morgan Stanley, is fuelling growth of the ecommerce businesses and also attracting interest from many other international players and investors alike. Estimates from consulting firm AT Kearney pegs the Indian ecommerce market at a staggering $1.3 Tn by 2020.

If Air Asia’s ecommerce arm enters India, it will compete with the likes of dominant players like Flipkart, Snapdeal, Amazon, Shopclues, and Paytm (backed by Chinese ecommerce giant, Alibaba). Paytm has also readied a $500 Mn warchest to battle out with the other players in the space this year while Amazon, asserted to be world’s largest online retailer, plans to bet much bigger in India to the tune of $5 Bn.

It will be interesting to see how much money can the low cost carrier pump into the ecommerce space. For the financial year ended 31 December, 2014, AirAsia reported a revenue of $1.21 Bn( MYR 5.4 Bn).