#TheProductSummit2020: Karan Bajaj On Why Speed Of Execution Matters, Organic Growth And Sticking To The Vision

#TheProductSummit2020: Karan Bajaj On Why Speed Of Execution Matters, Organic Growth And Sticking To The Vision 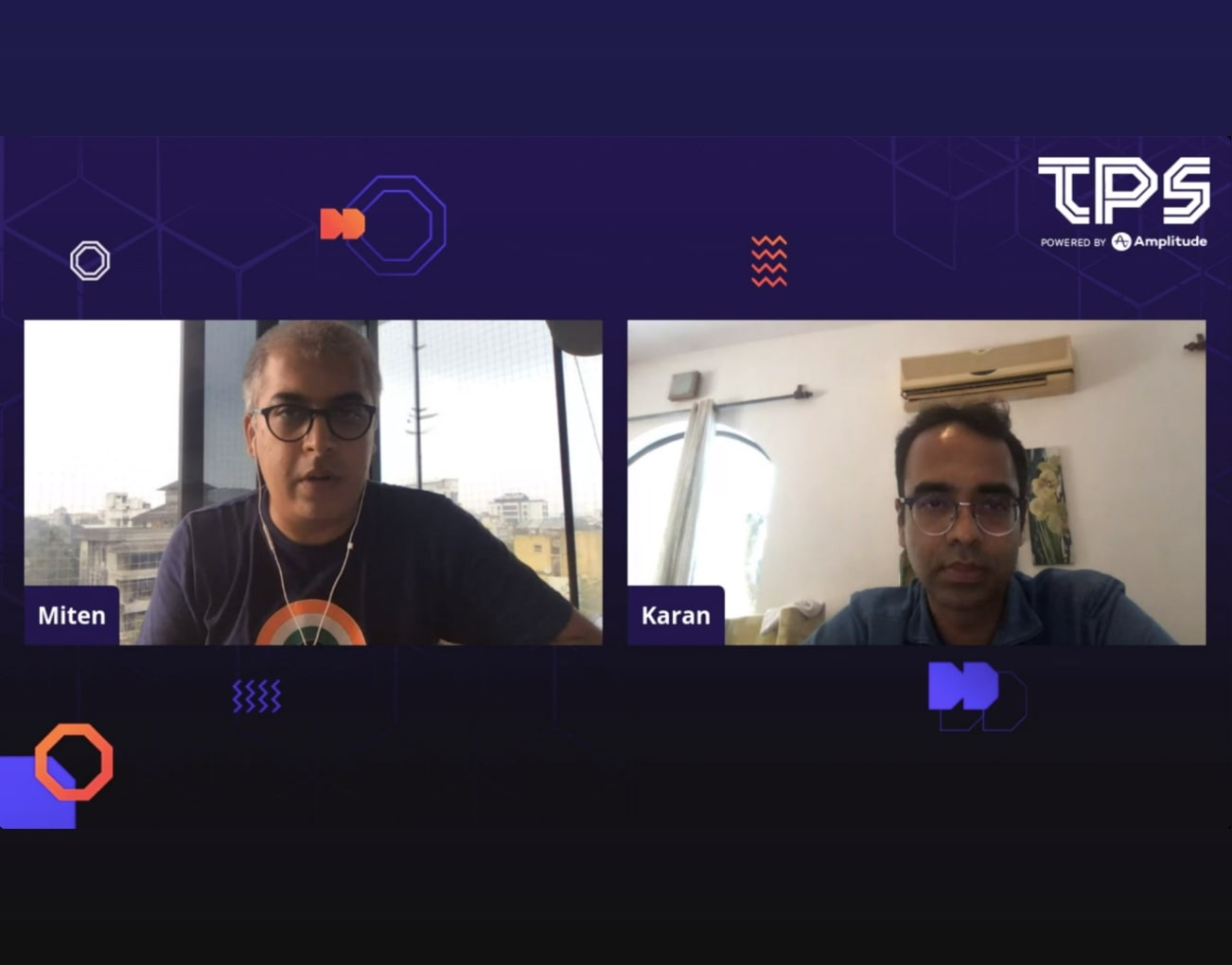 Tapping the under-utilised women workforce of India was an important part of the vision for WhiteHat Jr, which allowed the company to grow organically

After the first three intense sessions of The Product Summit, where product leaders spoke of growth mindset, models and product-market fit, the fourth session explored the experience of building products and changing the narrative around edtech.

WhiteHat Jr founder Karan Bajaj, who scaled it exponentially and scored a $300-Mn-exit in two years, took us through the entire journey of the platform that teaches coding to kids aged 6-14 years. Moderating the session was ex Times Internet CSO Miten Sampat who has recently joined Cred in a strategic role.

Here are the 4 important takeaways from the exciting discussion:

Behind the conceptualisation of every successful product, there are several factors that come together — the target audience, understand its needs and how much the audience can pay.

However, these are macro factors that are out there for everyone but not every entrepreneur can latch on to those and build a company to cater to the market. Sampat highlighted this point to set the ball rolling by asking Bajaj about the genesis for WhiteHat.

“I was reading about the industrial revolution and how during the time math was not being taught in schools. As a parent, I thought that the same thing is happening with coding today,” said Bajaj, about the first thesis or basis for WhiteHat Jr.

There weren’t many schools in which coding was being taught as a part of a structured curriculum, and even if that could be created through a centralised effort — there wouldn’t be enough well-trained teachers to disseminate the syllabus in an engaging and effective way.

The second thesis that Bajaj had was drawn from his childhood experience of moving about different corners of India as an army kid. He said that though his mother was educationally very qualified, she could never settle on a job because of his dad’s frequent transfers.

Tapping the under-utilised female workforce of the country was the second part of the founder’s vision. “I would say that for any entrepreneur leveraging under-leveraged supply forces in this country and figuring out what they can do for which people would make a very good model,” he said.

This piece of the strategy was further developed in the initial days of the company to lean more towards onboarding female teachers as that would ensure two outcomes — one was a bigger top of the funnel supply to choose the best talent from.

Another was Bajaj’s hypothesis that women teachers would be better suited to cater to a student’s psychology from a random sample of trainers. “In the beginning, we went with women as we were building our training systems since we wanted natural compassion and empathy,” he said.

Organic Growth And Eye On Spending

After taking care of the supply side with a set of good teachers, the next challenge was to solve the problem on the demand side. As with any edtech platform for kids, WhiteHat Jr had to tackle the product-market fit problem on two fronts — ensuring that parents were ready to pay and creating a product that would delight kids.

“I was clear from the start about how I would judge product-market fit. And I felt that there are three things that have to happen — a net promoter score of 50, a renewal rate of 50%, and a 15% conversion of trials into paying customers,” the founder said.

Great teachers drive the word-of-mouth promotion from students and their parents, according to Bajaj, which aids in growing these metrics organically.

Another important factor to consider was not over-spending before hitting the PMF goals. For this reason, from the date of starting the company in October 2018 till May 2019 there were just seven employees apart from the founder — one designer and three developers and three curriculum creators.

Using Speed Of Execution As A Strategy

Once WhiteHat Hr hit its PMF goals, it was all about accelerating the operations fast. “If you don’t scale with speed when you get the PMF, then everybody who is better funded will get into the market. In our case we have a very crowded market with the likes of Unacademy, Toppr, Vedantu, BYJU’S,” said Bajaj.

Over the first year, the startup focussed on scaling up and then entered foreign markets, starting with the US. At this point, the product had to be tweaked a bit to accommodate the younger kids’ comfort with using a computer in the US, but more interestingly the messaging had to be altered to shift from the goal of a child’s future success to creating a delightful experience.

All this was done in a matter of months and Bajaj told Sampat that not all the stakeholders were convinced with the pace of expansion. “VCs were not really happy about a Series A  company which had barely raised $10 Mn was out to conquer a new market but I had a very strong conviction that if I have a good product then it will work outside India too,” the edtech founder recollected.

WhiteHat Jr was caught in the eye of the storm when Covid-19 hit as the company was primed for growing fast in this period. Though people being restricted to homes led to more trails and hence customer acquisition costs dropped, the economic uncertainty due to lockdowns hurt the conversion funnel. “I thought to myself that entrepreneurs exist to create value in this world and my role is to create jobs. If i got a product that works I am going to scale it no matter,” Bajaj told the audience.

But in the end, both the effects neutralised each other and though the expansion plans had to be reworked to take into account the new normal, WhiteHat Jr saw exponential growth. “The moment I hit PMF we had such escape velocity that before anyone woke up to the category we had taken the market.”

The numbers worked to the plan as the pre-Covid revenue level of INR 14-15 Cr per month doubled every 30 days and the company’s from 300 people strong to a size of 4,000 amid the lockdowns. The pace of teacher onboarding too shot up as people got restricted to their homes and jobs were lost — rising from 1000 to 10,000 in a matter of months.

“Speed and decisiveness are a strategy and not a way of executing your strategy,” Bajaj quipped.