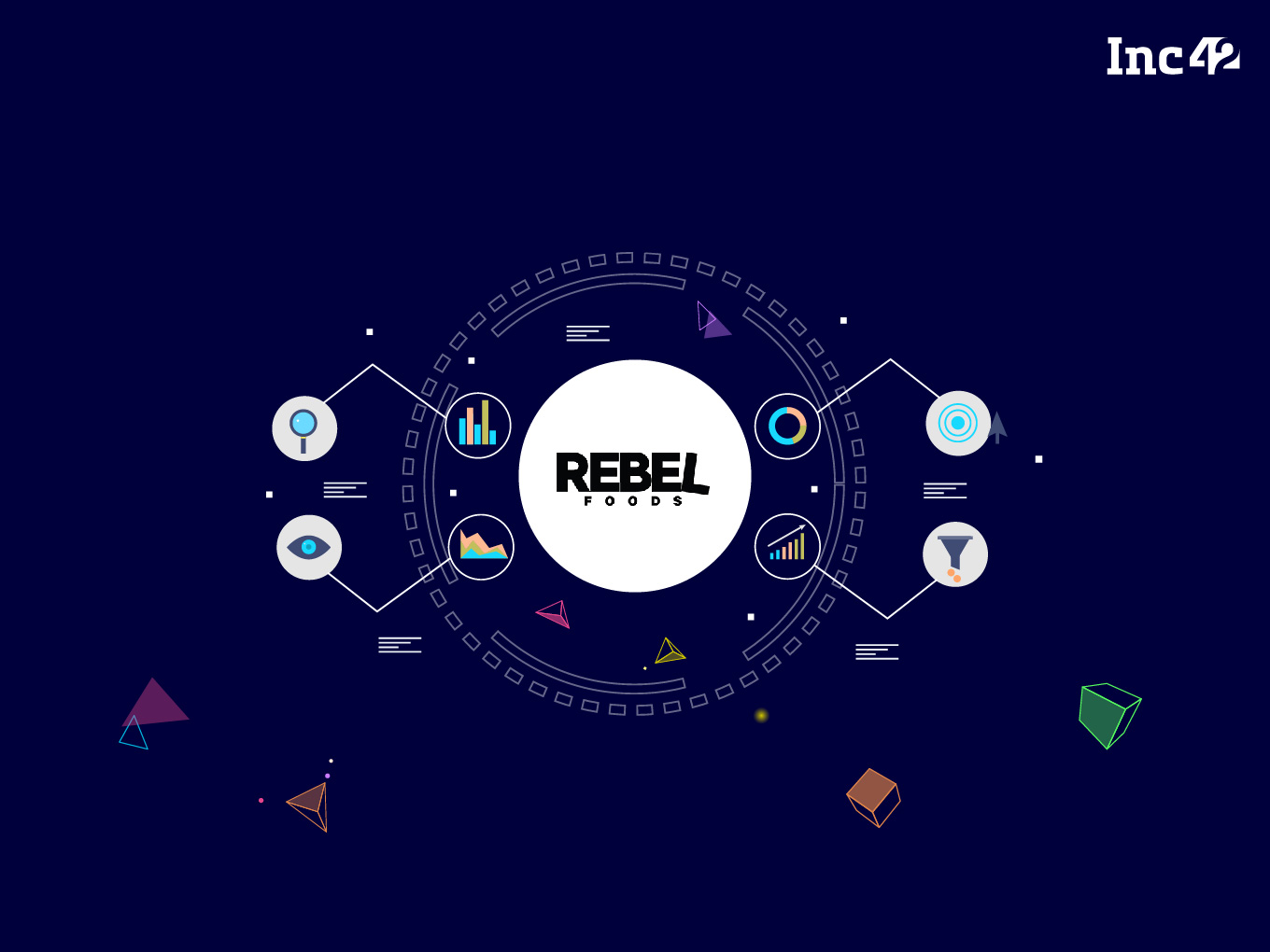 In terms of advertising, the company has increased its expenses by 2.36X

One of the common observations in the foodtech industry these days is that the cloud kitchen is the future. The basic premise behind cloud kitchen economics is very simple. Cloud kitchens do not have a physical space for diners to sit and eat. They rely completely on online orders for business and thereby are heavily dependent on food aggregators such as Zomato and Swiggy. One of the early adopters of the cloud kitchen model was Rebel Foods (earlier Faasos). Launched as a quick-service-restaurant chain called Faasos, the company got weighed down by high rental costs and slowing per-store sales, and then pivoted to a complete cloud kitchen model.

From 2011 to 2019, with over 175 cloud kitchens across 12 cities in India, the company claims to receive almost 1.25 Mn orders a month. In terms of valuation, it’s in the third position in the foodtech space after Swiggy and Zomato.

However, the company is no different in terms of its burgeoning losses. This is despite marginally growing its revenues. Inc42 had recently explored the unit economics of cloud kitchens and noted that the cloud kitchens are able to make 10% profit as compared to dine-in restaurants making 3% profits.

But we noted that positivity around cloud kitchen business floats on future projections rather than past examination. Hence, the burgeoning losses being afforded by heavily-funded players such as Rebel Foods is not something all players can bear.

The company filings showed that the company reported revenue of INR 310.37 Cr in the financial year ending March 31, 2019, with the total expenses of INR 441.01 Cr. Interestingly, while revenue has grown by108%, the company’s expenses also grew by 97%.

As a result, the company’s losses have grown 75.49% reaching INR 130.6 Cr from INR 74.4 Cr in FY18. However, if we compare these losses over the last four years, the company has marginally cut down its losses since FY16.

To begin with, in FY16 the company’s losses were INR 111 Cr, which came down to INR 82 Cr in the next year. This further improved to INR 74 Cr in FY18, but this improvement has been lost as the company’s losses reached INR 130.6 Cr, the highest in the last four years and a major jump.

However, interestingly, the company’s board of directors is “confident that the company will break-even soon and have a high growth rate in the years to come.”

It is to be noted that Rebel Foods shifted from a quick-service chain model to cloud kitchens, owing to high rents and employee turnover. However, this doesn’t mean that the company’s expenses have stopped rising in the last few years.

For instance, the company’s total expenses have increased to INR 441.01 Cr, a jump of 97.3% from INR 149.04 Cr in FY18. To further analyse where the company has been spending heavily, we noted that the company’s largest expense has been its inventory.

In terms of advertising, the company has increased its expenses by 2.36X reaching INR 72.87 Cr. Further, as an overall share of the company’s expenses, advertising and promotions have increased to 16.5% from 9.6% the year before.

Interestingly, the company spent INR 48.2 Cr on commission paid to other selling agents. This can be attributed to the payments made to players such as Zomato and Swiggy for listing and their share of commission on orders. This has increased 2.74X on Y-o-Y basis, showing the company’s increasing order volume from these players.

Further, the revenue from the sale of services i.e. direct delivery services was INR 31.2 Lakh, a 14% Y-o-Y increase. Also, the company earned INR 1.92 Lakh from commissions.

It is to be noted that Rebel Foods has been trying to explore international growth now. However, one of the bigger questions for Rebel Foods is how long can it afford cash burn with investor money?