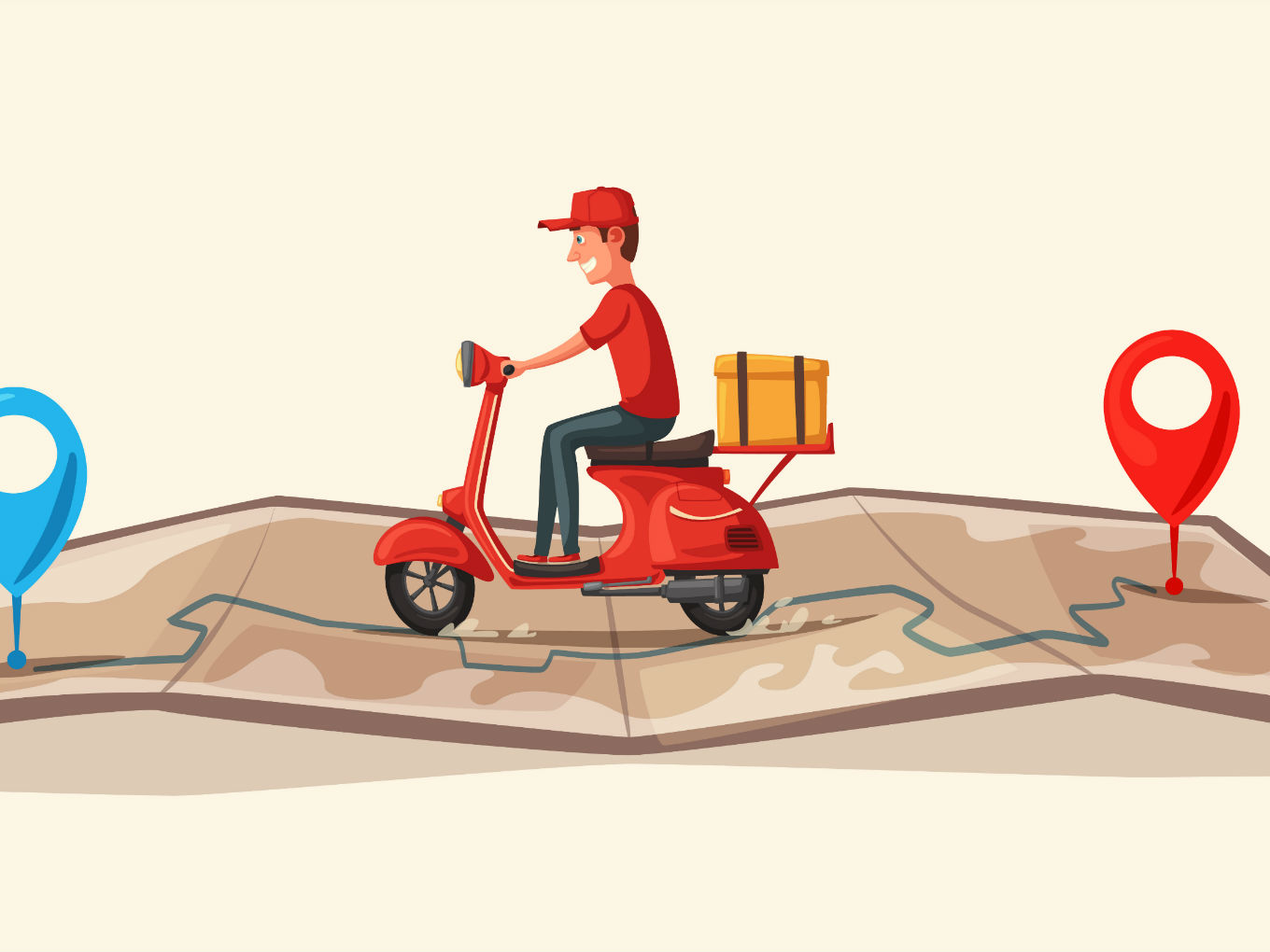 If one can seamlessly order cabs, groceries and electronics online, is it so hard to expect the same for food?

In the first part of this series we saw how foodtech had increased sales of restaurants but at the same time reduced the profit margins to peanuts. In this part we look at the unit economics of cloud kitchens and how it will impact people’s relationship with food.

The way India eats has changed so much that Indians may not even be aware of the revolution brewing in the restaurant industry. As more and more Indians in cities order in food, restaurants are evolving to shed the appendages that they no longer need.

The food delivery market is currently a $35 Bn market worldwide, and by 2030 it could be worth ten times that much, according to market analysts. Valuations do not equal profit, however, and that’s the pea in the princess’s bed. At the moment almost nobody in the foodtech business has made a profit.

Here’s some perspective to show far foodtech startups are from profitability — last year, India’s food delivery majors Zomato and Swiggy made a collective loss of over $550 Mn. In the UK, Amazon-backed Deliveroo’s losses widened to $285 Mn. Over in the US, leading food delivery platform UberEats, is likely losing money, but Uber does not give a breakdown in its financials.

On the other side of the counter, even restaurants don’t seem to be happy, and have moaned the increasing reliance on food delivery as a cause of lower margins.

The restaurant business has always been a tough nut to crack. Starting-up costs are high, margins are thin, and crowds are fickle. With food delivery charges and discounts weighing in on their already sagging bottom lines, restaurateurs had started looking for a new business model.

Faster and cheaper to run than a fast food joint or quick service restaurant, and with more culinary choices than a mall food court, cloud kitchens are like Chinese Olympic gymnasts of the food service industry, born and bred with a singular purpose — to win at all costs.

The Math Behind Cloud Kitchens

The basic premise behind cloud kitchen economics is very simple. Cloud kitchens do not have a physical space for diners to sit and eat. They rely completely on online orders for business and thereby are heavily dependent on food aggregators such as Zomato and Swiggy.

“We started four years ago with a high street restaurant but soon realised that paying INR 45K on just rent for the orders we were raking in was too high, so in a year we pivoted,” Madhav Kasturia, one of Delhi’s first cloud kitchen restaurateurs and owner of 11 online kitchens across Delhi and Mumbai said.

This is a common story among many cloud kitchen owners, including India’s biggest — Rebel Foods.

When Rebel’s CEO Jaydeep Barman’s first venture, a quick-service-restaurant chain called Faasos got weighed down by high rental costs and slowing per-store sales, he pivoted to a complete cloud kitchen model. Everyone was ordering in nowadays. Paying high rentals was getting in the way of growth.

However, there is a bigger cost that such kitchens remove from the equation. One which Barman, likes to call the “tyranny of location”.

“In consumer goods retail, you can change the products overnight, but your restaurant is stuck with the name and the cuisine expertise that you claimed in the beginning,” – Jaydeep Barman

Simply put, cloud kitchens remove this limitation, allowing multiple brands to exist under one umbrella from the same location. For example, the same kitchen which churns out your favourite biryani may also be making pizzas or cooking Chinese food. On the app side, the individual branding for each of these “cuisines” make them look completely unrelated but the same cooking staff might be cooking food for all restaurants under a cloud kitchen.

Swiggy has also bought 450 kitchens across metropolitan cities in India. A company spokesperson said that believes that the future will see delivery-only kitchens become a sizeable part of the food industry, adding that “With growing partner confidence in Swiggy Access, we have seen 1 in 3 partners expand to a second kitchen, up from 1 in 4 partners the year before.”

By all measures, cloud kitchens seem to draw up quite an impressive messianic story: the promise of quality without the tyranny of locationality; better margins, faster starting up time and returns on investment. They also tend to have longer shelf lives than standalone restaurants — so cloud kitchens seem to have it all covered. So what’s the catch?

Like with any hot new tech trend in its nascent stage, the cloud kitchen sector is currently choking with too many competitors with very similar offerings. Multiple cloud kitchen owners pointed out to Inc42 that it will soon become impossible for them to survive if they run a single brand from a cloud kitchen.

Speaking about this dilemma, Anurag Katriar, the president of a pan-India restaurant body, National Restaurant Association of India (NRAI), and owner of two online restaurant brands said: “In the current market conditions, it’s a good bet to go on. However for a single brand closed kitchen, it’s a bit of an issue.”

With food delivery set to become the fastest growing market in restaurants, investors worldwide are pouring millions into creating a network of shared kitchens, storage facilities, and supply chains to cut down on overheads and quickly spin up new concepts in fast food and casual dining.

“Single cloud kitchens cannot survive in this industry because the platforms (Zomato and Swiggy) will not let you survive. Big chain brands give them business and ad revenue, but smaller restaurateurs are easier to exploit,” added Kasturia, who runs four online restaurants including Beijing Street and Fortune Cookie.

“One needs at least three cloud kitchens to survive, as this helps spread the costs of procurement and managerial costs.” – Madhav Kasturia, Beijing Street

As cloud kitchens rely solely on aggregators, kitchen owners have to contend with issues on the aggregator end, and this includes ratings and reviews which many cloud kitchen owners told Inc42 can be gamed. Zomato has tightened its reviews policy with a limit on how many reviews a single user can post in a day. However, restaurants that wished to remain anonymous said that this limit can be easily bypassed.

The bigger problem, however, is compliance. While municipalities across India have different licenses for catering and restaurants, cloud kitchens do not have a clear category exclusively for themselves yet. While dine-in restaurants need a police license, cloud kitchens fall in the grey area, as they do not have walk-in customers. This makes them vulnerable to unscrupulous police officers and municipality officials, restaurateurs say. These are the hidden costs of running cloud kitchens that many owners face in Indian cities.

Is The Kitchen Really Dead?

A few months ago, Raghav Joshi, the chief operating officer of Rebel Foods, spoke at IIM Indore about the possibility of having homes without kitchens because ‘eating out and ordering in’ just may become the norm for all. Rebel’s CEO Barman’s pitch deck begins with a slide that reads: “ The kitchen is dead, long live the kitchen” — a sentiment echoed by Zomato founder Deepinder Goyal in his blog posts.

Both Goyal and Barman have another thing in common — they both have a rich pipeline venture capital money and can forgo a profit for now. This is not the case for all restaurateurs. And that is where the cloud kitchen narrative hits a roadblock. The positivity around this business floats on future projections rather than past examination.

Those who swear by the cloud kitchen model at fundraising meetings and conferences seem to forget the story of Yumist, the cloud kitchen startup founded by former Zomato CMO Alok Jain and Abhimanyu Maheshwar in 2014.

In March 2017, Jain had said that Yumist was making INR 65 in margins per order and that its delivery outlets were breaking even at just 70 orders per day. The company declared that it would be profitable by June 2018. However, six months later, Yumist shut shop. “We failed to raise the kind of capital that this business required while staying true to the customer problem,” Jain said in a blog post. It was not lost on the founders that the closure happened when the company was well on its way to profits.

And that perhaps is the irony of the cloud kitchen business. What started as a cookie cutter model is now one of the fiercest battlegrounds for leading venture capitalists and tech companies of the world.

Proponents of cloud kitchens say that convenience will overcome all other considerations such as long-term profitability — the constant bugbear for all foodtech startups.For them this could be the future of Big Food Retail; of restaurants which can survive the costs of food delivery and real estate prices; of standardising food without becoming fast food; of roomier — and perhaps affordable apartments — without kitchens.

So are they right? Perhaps. But that may not happen for a while and cloud kitchens better hope that the wave of venture capital-funded excess doesn’t dry up before such a time.