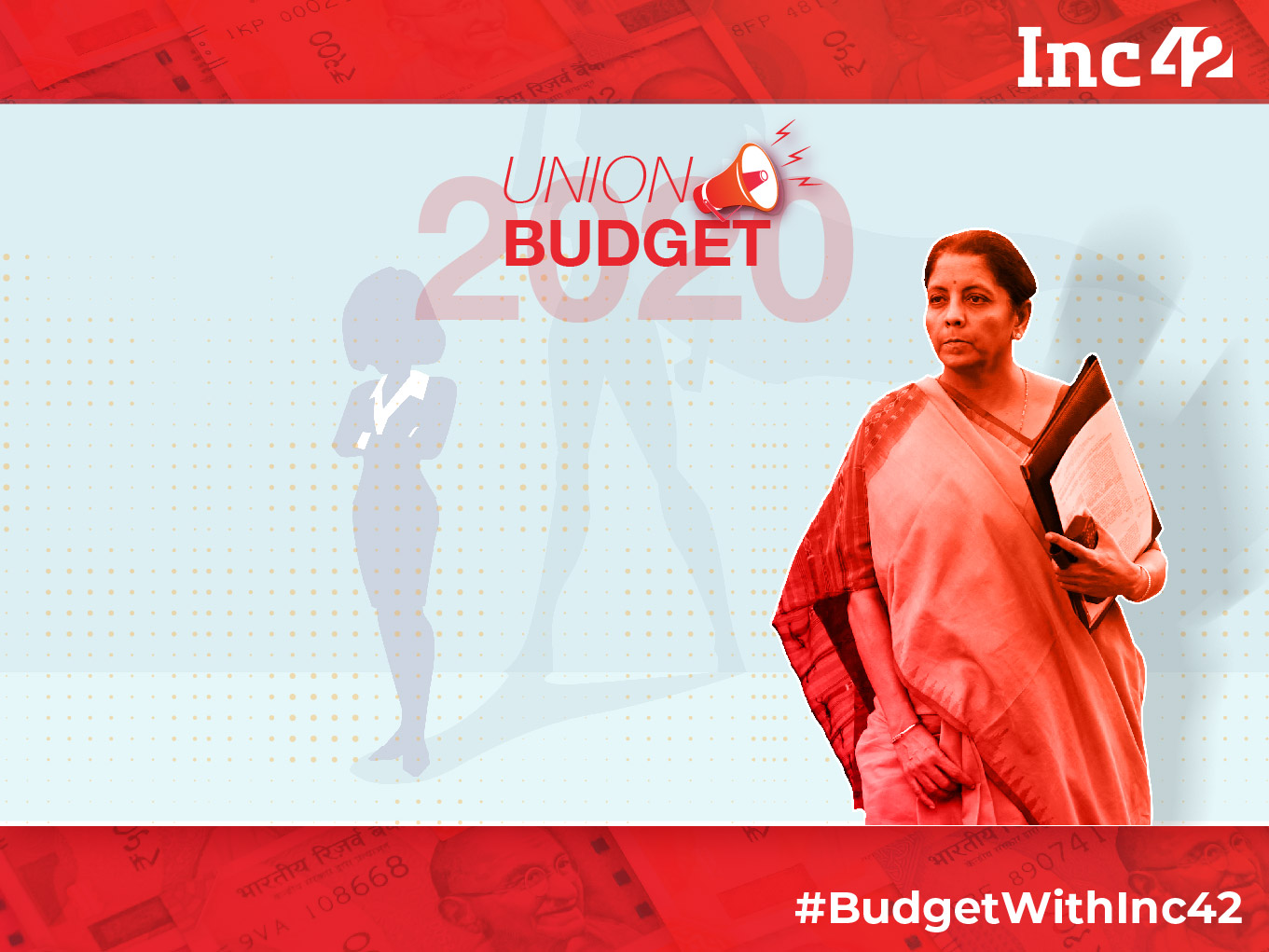 The budget did very little to support startups directly and much less for women, say entrepreneurs

Yet, from the overall startup ecosystem perspective, women leaders are optimistic

Finance minister Nirmala Sitharaman presented the Union Budget today for the financial year 2020-21. Unfortunately, the budget did very little to support the startup ecosystem directly and much less for women entrepreneurs who did not gain even a single mention in the budget.

“A lot is being done for Beti bachao, beti padao, but we were expecting the government to go a step further to encourage female entrepreneurs but that has not happened as of yet. Maybe we were expecting a lot,” said Himani Khanna and Puja Kapoor, cofounders, Continua kids.

Yet, from the overall startup ecosystem perspective, the budget certainly was well received in some other matters. “We are pleased to see that the government has paid heed to our concerns and rolled out the reforms like five-year tax holiday for ESOP, tax exemption for startups with turnover of less than INR 100 Cr for 10 years, reducing DDT and the establishment of a seed fund that will definitely serve to spur the startup activity in the coming years,” said Padmaja Ruparel, founding partner, IAN Fund.

Swati Bhargava, cofounder CashKaro, added, “We keenly look forward to the GST reforms the government will be introducing as promised in the Budget speech, in order to simplify compliances and make the process more efficient.”

Here are some key highlights related to women-specific developments from the Union Budget 2020:

No Numbers On Growth Of Women Entrepreneurs

Unfortunately, no numbers were shared around the growth of women entrepreneurs in the country. According to Datalabs by Inc42, only 9% share of female founders among the founders of total funded startups, which is critically low.

Yet, as usual, the main impetus was laid on women’s health, welfare, basic education and improving the lives of rural women. During her speech, the finance minister drew attention to the “Poshan Abhiyan‟ which was launched in 2017-18 to improve the nutritional status of children (0-6 years), adolescent girls, pregnant women and lactating mothers.

Sitharaman further said that more than 6 lakh aanganwadi workers had been equipped with smartphones to upload the nutritional status of more than 10 Cr households, which was an unprecedented development.

The FM also highlighted the “Beti Bachao Beti Padhao” scheme. “Gross enrolment ratio of girls across all levels of education is now higher than boys. At the elementary level, it is 94.32 % as against 89.28 % for boys. Similar trends in gross enrolment ratio were also observed at secondary and higher secondary levels,” she added.

While these developments are significant at the grassroot level, it was hard to pin any specific measures to boost the participation of women entrepreneurs as well in the community.

Women Leaders On What The Budget Missed

According to the women entrepreneurs Inc42 spoke to, there are several key areas where the expectations of women community of entrepreneurs were not fulfilled. For instance, Saroja Yeramilli, CEO and founder, Melorra was disappointed that there was no mention of the reduction of import duty on gold. “Also, we would have liked also to see more steps taken by the honourable finance minister to boost consumption and get the economy out of the slowdown malaise,” she added.

Meghna Suryakumar, founder and CEO, Crediwatch further expected to hear more clarity on the scheme to provide subordinated debt to be provided by banks for entrepreneurs of MSMEs since less than 15 % of the 50+ Mn Indian small businesses have access to formal credit and there is a debt financing gap of the SME is over $1 Tn.

Also, Meena Ganesh, MD and CEO, Portea Medical, hoped to see some clarity around the home healthcare sector and its formalisation, which was completely missing.

Not only this, although the National Medical Commission was established to address the skill gap in the health sector, Savitha Kuttan, CEO, Omnicuris, a startup that provides digital skilling to medical practitioners, expected more clarity from the government on its plan to increase graduate and postgraduate seats in medical education.

“To ensure that the central funds are put to quick use, the government must also ease the rules and regulations to help set up more medical institutes, which will help produce more healthcare professionals and fill the gap,” she added.

What Women Entrepreneurs Appreciated In The Budget

From the point of view of the overall startup ecosystem, the Union Budget 2020 mentioned a number of developments, which women leaders believe will boost the ecosystem further.

Sakshee Katiyal, CEO of Home&Soul, highlighted that the increase in insurance cover for bank depositors raised from INR 1 Lakh to 5 Lakhs, women self-help groups availing Mudra and NABARD assistance in agriculture, will help empower women in the country.

Further, to an extent, entrepreneurs also applauded the continuous focus on girl education. According to Kuttan, the increase in the gross enrolment of girl children at all levels of education is a positive sign, and states must capitalise on the momentum and provide financial support to parents who make the education of girl children a priority.

“Budget proposes an outlay of INR 3000 Cr towards skill development – a significant amount of which will impact women. Access to the internet through the coverage of BharatNet connectivity in villages has the potential to enable millions of rural women to go digital. The expansion of Ayushman Bharat and central schemes towards primary health and wellness will play a key role in improving maternal health and outcomes,” said Harsha Vardhan, cofounder and CEO Lil’ Goodness and sCool Meal, a kids’ food and nutrition startup.

Here are other key announcements that women entrepreneurs think were much-needed:

Overall, the Union Budget was not exactly the one that most entrepreneurs expected. A recent report by The World Bank said that despite making up 48% of the Indian population, women have not benefited equally from its economic growth. Just 65% of women are literate compared to 80% of men. With India being one of the youngest startup ecosystems and but also one of the largest in the world, women entrepreneurs are an important driver of growth.

But as Kuttan highlights, although the initiatives started by the government to encourage women entrepreneurs have started to make a positive impact on the entrepreneurial ecosystem, we need more women to come forward to start businesses and address the gender gap in leadership.

To that end, urban planners must ensure that women have access to safe public spaces, and state governments must provide safe transportation. Legal authorities must be more welcoming with regard to cases of gendered violence, and we need to spread awareness both among the public and investors to remove the pervasive social stigma and gender bias that holds women and their families back, and keeps us from realising the egalitarian ideal.

“The full-fledged 2020 budget is commendable as it has all the right intentions and steps for the Indian economy to be a game-changer. Especially focus on entrepreneurship and startups which will create more jobs in the country. Sticking to the mission vision and targets for the Indian economy hence, there will be more women-centric developments which will increase the number of women entrepreneurs in India,” said Ruchi Garg, CEO, cofounder, Venuelook