Union Budget 2019: To Ban Or Not To Ban Cryptocurrency, That’s The Question!

Union Budget 2019: To Ban Or Not To Ban Cryptocurrency, That’s The Question! 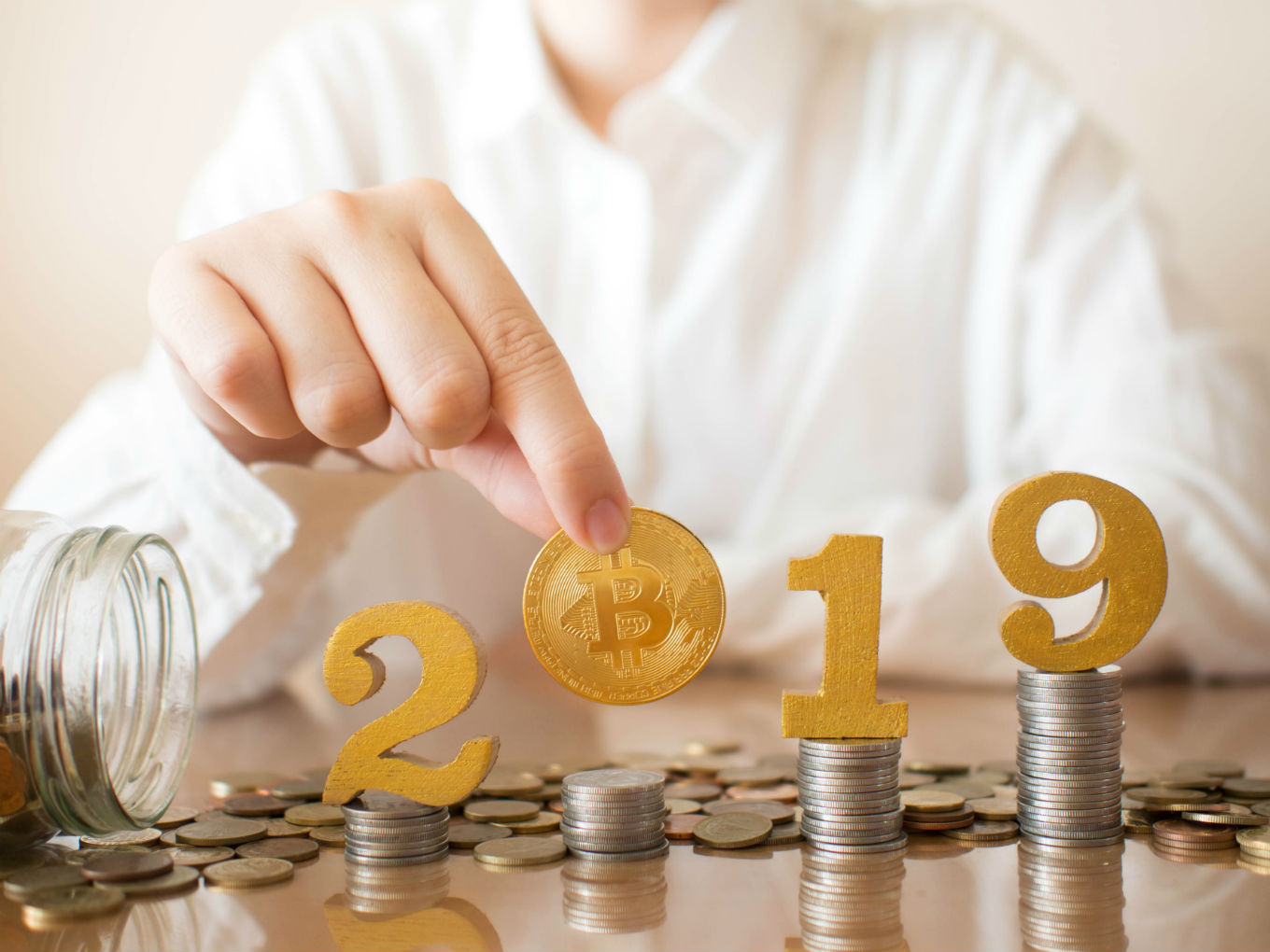 As the 17th Lok Sabha’s first session kicks off today (June 17), there are a host of controversial draft bills including Personal Data Protection and triple talaq to be introduced in the parliament. However, for the crypto community, all eyes are on the draft bill related to cryptocurrency and crypto-assets.

Ban or no ban, there is a plethora of questions and challenges to be addressed. The draft framework to be introduced by finance minister Nirmala Sitharaman as part of Money Bill / Union Budget 2019 is bound to attract criticism owing to the opinion chasm between pro-crypto and anti-crypto communities.

The draft on the crypto framework has not been made public, but a section of media speculation is that India would ban cryptocurrency possession, transactions and holdings with jail terms being mooted for any such offence.

To understand India’s complicated relationship with cryptocurrency, we have to go back a couple of years. In November 2017, a 10-member committee chaired by Subhash Chandra Garg department of economic affairs, finance ministry was constituted by the finance ministry to look into crypto-related regulations. This was the second such committee after the last one set up under the then special secretary Dinesh Sharma had recommended a complete ban.

Based on the Sharma Committee report, the Reserve Bank of India, on April 6, 2018, had barred all its regulated financial entities from extending any services to crypto entities. Since then, while many of the leading exchanges such as Zebpay, Coinome had shut down their shops, others such as Unocoin have had to lay off more than half of its employees.

Two independent media, in their reports on April 26 and June 7 this year, have suggested that the new Subhash Chandra Garg-led committee has not only recommended a complete ban but also has proposed a jail term of one to 10 years for those who mine, hold or sell cryptocurrencies.

On ban-related reports, Jaideep Reddy, leader, Nishith Desai Associates, told Inc42 that reports discuss only certain clauses of the draft and hence seem inconclusive. It is possible that the clauses could be in the context of already illegal activities like money laundering. The question is which activities are being prohibited and which would be allowed by the government. This information is not revealed in any of the reports so far.

Naturally, the crypto community in India has been demanding pro-crypto regulations for some time. On what should be in the Union Budget 2019, Shivam Thakral, founder and CEO of BuyUCoin told Inc42, “I’ve a positive outlook from the upcoming Union Budget 2019 regarding cryptocurrency. India is a part of the G20 summit happening this month, where Japan will be leading the discussion for global regulations as it already has prior experience of regulating crypto exchanges in their country. So I certainly believe our budget would be positive regarding regulations considering the above fact.”

Speaking to Inc42, Nischal Shetty, cofounder and CEO of WazirX, said “The Union Budget 2019 must begin a step towards positive regulation so as to foster the crypto industry in India. This will help India participate in crypto like other countries such as the US, Japan, South Korea, EU etc.”

Speaking to Inc42, a Department of Economic Affairs official had earlier said, “Money laundering and financing terrorism are not the only concern for India. Bitcoin and other virtual assets (cryptocurrencies) have unrestricted access across the borders. We are looking at the greater concerns like Russian involvement in the American presidential election as well as the market risks involved. We don’t currently have the infrastructure to deal with such big threats.

Reddy recalled that his law firm had presented a crypto frameworks-related paper to the DEA in January this year. The paper recommends various legal avenues to introduce a regulatory framework for crypto-assets and blockchain in India.

It recommended that regulation is far more preferable to prohibition since prohibition would not address the regulatory concerns and may also go against fundamental rights. The main feature of the proposal was that the intermediaries — the crypto exchanges and wallet providers — must come under a licensing regime either under existing laws or under a new law. The proposal also suggested that existing laws such as tax laws and foreign exchange laws should be clarified with regard to crypto-assets.

We have also suggested that there should be a division of three kinds of crypto-assets — payment tokens, security tokens, and utility tokens. There are more than 2000 crypto-tokens and all of them can’t be analysed in the same way. – Jaideep Reddy, Nishith Desai Associates

On June 8-June 9, G20 countries in a meeting among their finance ministers and central bank governors reaffirmed their commitment to apply the recently amended Financial Action Task Force (FATF) Standards to cryptocurrencies and related providers for anti-money laundering (AML) and CFT (Combating the Finance of Terrorism).

The inter-governmental body, FATF, which has 38 member-countries has been releasing a slew of recommendations since 2012. In February this year, it had said that the text of the new interpretive note was finalised, and will be formally adopted as part of the FATF Standards in June.

With the meeting set to conclude on June 21, an interpretive note and guidance on virtual assets appear to be at the top of the agenda for the FATF members. The note will be released on June 21.

However, as per the recommendations, crypto exchanges and wallet providers are required not only to be registered and licensed but are also subject to adequate regulation and will be monitored for effective implementation of these recommendations. Supervisors will be given adequate powers to impose a range of disciplinary and financial sanctions, including the power to withdraw, restrict or suspend licenses or registrations, wherever applicable.

Union Budget 2019: Why The Crypto Ban Seems Unlikely For Many

While there are many who fear a cryptocurrency ban in India and the repercussions of jail sentences attached to their usage, there are some factors which make a complete ban seems unlikely.

Firstly, the FATF recommendations are neither pro-crypto nor anti-crypto; they simply talk about the essential measures as part of AML and CFT.

Shetty added that while the government does not have any tool to technically ban crypto, the move will push the industry to go underground which will only harm the economy. However, if cryptocurrency is regulated, the KYC will ensure the legitimacy of users and the frameworks will further help identify illegitimate activities. This won’t be possible if the government decides to ban, he averred.

Thakral asserted that he still doesn’t believe the government would take measures like banning cryptocurrencies, but if that scenario strikes then panic mode would be activated among the crypto community. Several lives would be hugely impacted in terms of employment, financial losses etc. It will also lead to the rising of a parallel economy in cryptocurrency that will certainly become a headache for the government.

A ban will pose a plethora of issues. Reddy said,

Questions would arise about how people who are holding these assets are supposed to dispose of them if no one in India is allowed to buy them, as well as if such a move is constitutional since an outright ban may not be a reasonable restriction on fundamental rights.

“One should remember that even if the committee recommends an outright ban, several legal and democratic processes have to be followed before it can become a law,” concluded Reddy.

Presenting the last Union Budget 2018, then finance minister Arun Jaitley had said in the parliament that the Indian government would take all measures to eliminate the use of crypto-assets in financing illegitimate activities. However, he said that the centre will also explore the use of blockchain technology for ushering in the digital economy.

While Jaitley didn’t delve into the details then, Sitharaman has the draft bill, submitted by Subhash Chandra Garg committee earlier in April. However, there is no clarity over whether the report has been green signalled by the ministry for the cabinet approval or not, an essential move before it could be a part of Money Bill and Union Budget 2019.