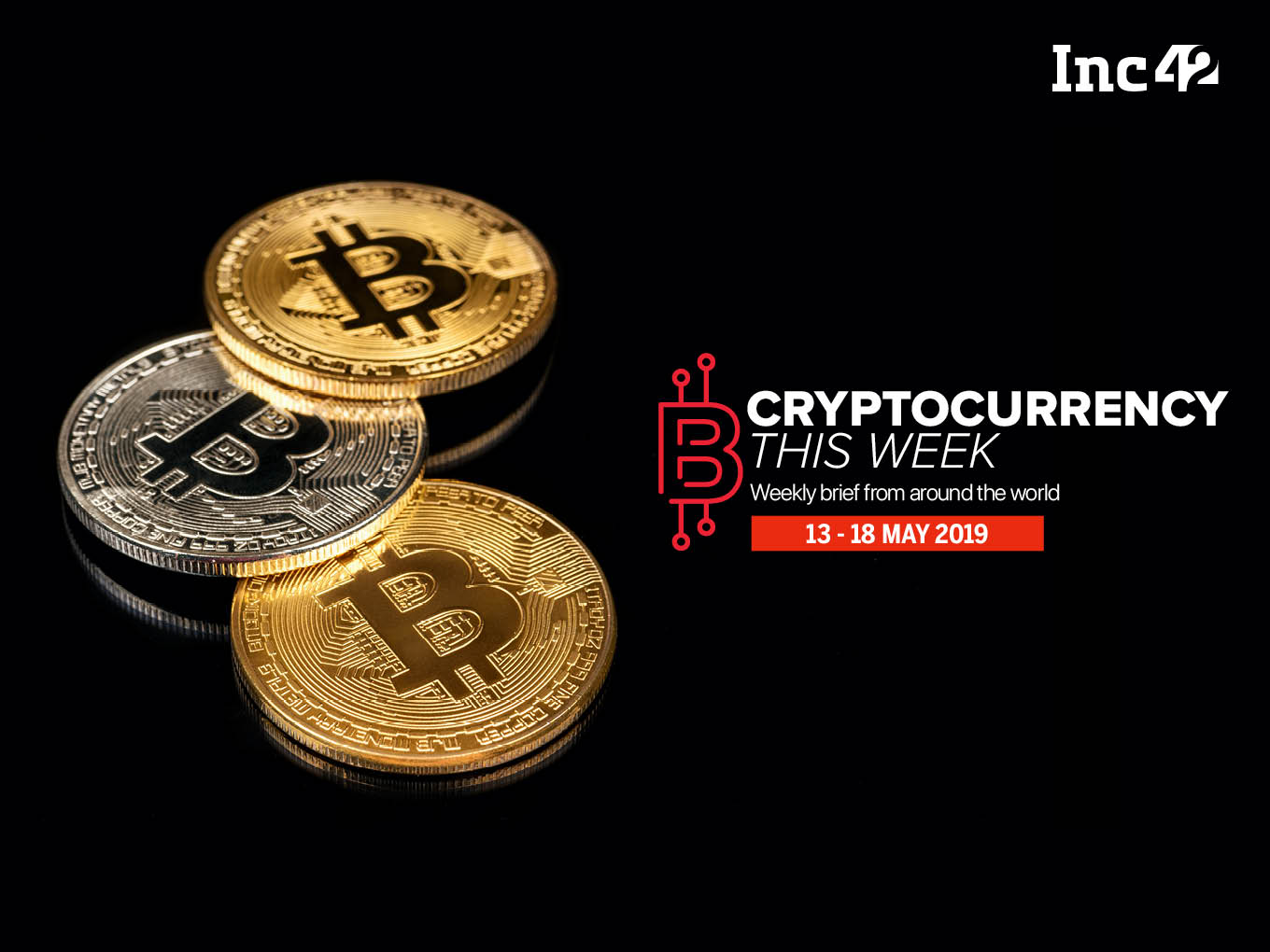 Bitcoin will hit $250K in the next 4 years, says VC Tim Draper

Hitting a 10-month high at a price of $8.3K this week, Bitcoin is currently trading at $7.35K, signalling that a crypto spring is on the way. One of the primary reasons behind the crypto rally is said to be Facebook’s Libra project and Samsung’s crypto project which are drawing a lot of attention and bringing investors’ confidence back into crypto.

However, India is still facing the wrath of regulatory issues and misgovernance pertaining to cryptocurrency. As a result, the crypto winter will last much longer in India. While leading crypto exchange Unocoin recently laid off over 50% of its employees last month, Billdesk-backed crypto exchange Coinome has now suspended its operations, effective from May 15.

All crypto markets on Coinome will be suspended, effective 2pm on May 15th, 2019. Customers are requested to withdraw all their crypto assets from Coinome at the earliest.

Graph Of Week: Bitcoin This Week

Bitcoin Will Hit $250K In The Next 4 Years, Tim Draper

Right after bitcoin registered a 33% surge, billionaire and US VC Timothy Cook Draper has reiterated his claim that Bitcoin will continue to rise and in fact, will hit $250K within the next four years.

Speaking at the Salt Conference in Las Vegas, Draper said, “It’s going to keep going because I’m a believer that in four years, something like that, Bitcoin will be about a 5% market share of the Earth. It’s a better currency, it’s decentralised, open and it’s transparent – everybody knows what happens on the blockchain.”

In 2014, Draper, in an auction, had purchased nearly 30,000 bitcoins which were seized from Silk Road marketplace by US marshals.

Unimpressed with the Bitcoin rise, European Central Bank (ECB) President Mario Draghi termed Bitcoin highly risky. He said, “Bitcoins or anything like that are not really currencies, they are assets. A euro is a euro – today, tomorrow, in a month, it’s always a euro. And the ECB is behind the euro. Who is behind the cryptocurrencies? So they are very, very risky assets, the value of which oscillates – as you’ve seen – wildly.”

Why In The News: Bakkt has announced plans to launch bitcoin futures contracts in collaboration with ICE Futures US and ICE Clear US. The startup has worked closely with CFTC (Commodity Futures Trading Commission) to develop contracts that could meet not only consumer needs with transparency and efficiency but also comply with the federal regulations.

Announcing the launch, Loeffler wrote in her Medium blog, “In conjunction with our exchange and clearing partners at ICE, we’ll be working with our customers over the next several weeks to prepare for user acceptance testing (UAT) for futures and custody, which we expect to start in July. We’ll provide more details in upcoming posts, but we expect to use UAT to ensure that customers have time to onboard and can test the trading and custody model we’ve built to their satisfaction.”

Two futures contracts will be listed by Bakkt. The first is a daily settlement bitcoin future, which will enable customers to transact in a same-day market. The second would be a monthly futures contract to enable trading in the front month and across the forward pricing curve.

After a major hacking attack on May 7 had forced Binance to halt operations, CEO Changpeng Zhao recently announced the resumption of major operations including deposits and withdrawals. Zhao said,

“Our team is making progress and has been working through the weekend. In the past few days, we have made some significant overhauls to our system, with a large number of advanced security features added and/or completely re-architected. We aim to fully resume deposits and withdrawals on May 14.”

Meanwhile, amid Facebook and Samsung working on stablecoin projects, Binance Research in its paper, ‘The Evolution of Stablecoins’ observed that such companies are less risk-averse than traditional financial companies in terms of disrupting the payments industry. These companies also tend to execute at a faster pace. As a result, they may help define future key growth drivers for both the global payment and the digital asset industry.

According to the paper, volatility surrounding cryptocurrency Tether has led to the largest ever net inflows for most of the stablecoins since January this year.

In other news, further investigation on Quadriga debacle reveals only $28 Mn in assets, what was initially supposed to be over $145 Mn. According to reports, EY , which is overseeing bankruptcy proceedings for the cryptocurrency exchange, has issued a trustee’s preliminary report saying it may not be possible to complete a full review of QuadrigaCX’s finances, mainly because of the company’s poor bookkeeping.

A total of 76,319 unsecured creditors — virtually all of them QuadrigaCX clients — have come forward to claim they are owed $214.6 Mn, said EY partner George Kinsman.