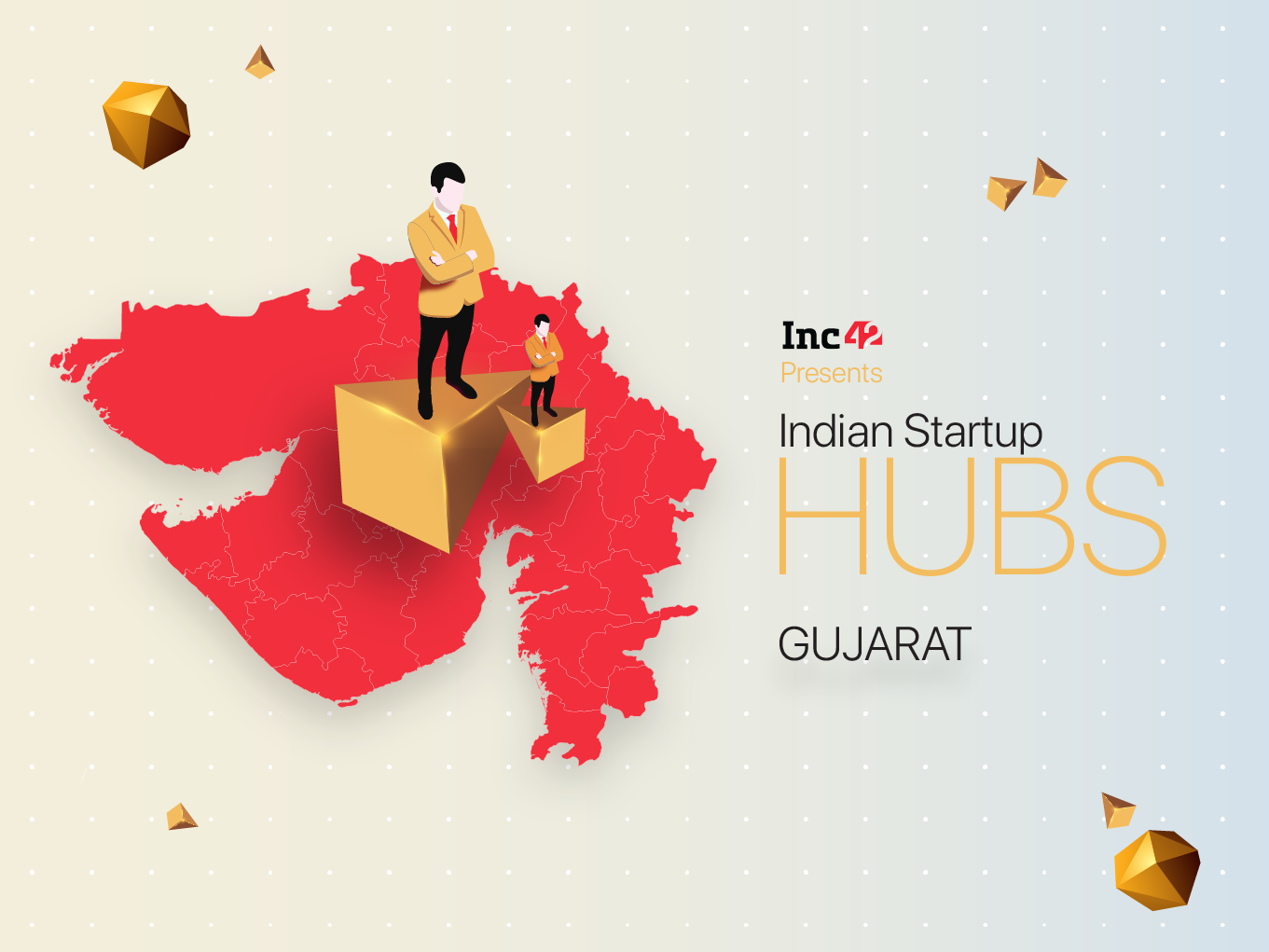 Cities such as Ahmedabad, Surat, Vadodara and Rajkot have risen as major hubs in the state

Here are the top names from the enablers community in the state, who are helping it in the journey of being a startup hub

“Gujarat has a high entrepreneurial spirit and is a large consumption centre, couple that with extensive incubator support, highly supportive govt policies and low-cost tech manpower and one understands the performance and the potential of the state.” Sanjay Randhar, managing director, Gujarat Venture Finance Limited (GVFL)

In our conversations with the startup enabling bodies in Gujarat, we were able to draw various insights on what the state lacks and how these incubators, accelerators and startup networking bodies are working to bridge these gaps.

The contribution of these enablers is often overlooked when one gauges a state’s startup ecosystem. Inc42 got various insights during its BIGShift tour across India and one of its host cities was Ahmedabad, Gujarat’s leading startup city. This helped us get a better idea of what’s working and what’s not and organisations such as GVFL are coming up as crucial supporters for the startup ecosystem in the state.

“Gujarat’s ecosystem for startups is quite mature. It started developing at least an entire year before the Startup India initiative,” explained Suneel Parekh, founder, Gujarat Angels, another organisation, which has not only boosted the overall funding in the state’s startups but is also the fount of many of Gujarat’s key startups’ mentors. But these are but two examples — Gujarat has several such enablers worth highlighting.

“We have more than 33 incubation centres with over 200 startups with them at a given point in time,” Randhar told Inc42.

Here are some of the more prominent ones that are making a big difference:

Investor Community From The State

As a state that has a long tradition of producing entrepreneurs, there’s no shortage of founders and those with the right business knowledge in Gujarat. The state’s many HNIs and angel investors are helping startups raise the capital they need to get started and grow.

It is no surprise that Gujarat’s government has been the most proactive supporter of startups from the state. From hosting events such as the Vibrant Gujarat Startup And Technology Summit to launching official policies such as the IT and Electronics Policy and Student Startup and Innovation Policy (SSIP), it has been doing its bit to boost the entrepreneurial culture in the state.

In addition to these measures, it set up nodal agencies, incubators and entrepreneurship cells to scout startups and help them avail the benefits from the government.

“Government has done a lot for Gujarat startups, it has provided deserving startups from the state grants of up to 20 Lakhs. Where essentially 10 Lakhs would be for prototype development for hardware-based startups and other 10 for marketing,” pointed out Dheeraj Bhojwani, executive director, TiE Ahmedabad.

Swarup Pandya, senior associate, programmes, CIIE, pointed out that the government has been promoting student entrepreneurship in the state to great effect. “If a student has an idea that he wants to build on and it is a valid and implementable one, then through SSIP, he or she will get grants of up to 2 Lakhs to experiment and work on that idea and bring it to life,” he added.

Even though there is still a long way ahead for the state for its startup hub dream, there are various private institutions contributing their bit in the journey such as Global Shapers – Ahmedabad Hub, TiE Ahmedabad, Headstart and more. In addition to that are cities such as Ahmedabad, Surat, Vadodara and Rajkot which are the major regional hubs in the state. This is primarily because of better access to ecosystem players, better tech talent and research institutions, networking opportunities, funding and more.

Why Does Gujarat Lag Other States?

With the enablers and the govt being so proactive to help startups in the country, the question arises, where is the lag in Gujarat’s startup ecosystem? What is holding it back?

Our conversations with the enabling bodies made us aware of the fact that it is largely due to the fact that many entrepreneurs in the state aren’t able to break out of the comfort zone of the traditional manufacturing and conventional non-digital service businesses. This meant that entrepreneurs were forced to play catch up to other states that had already adopted tech and joined the digital revolution. While that is a major factor, there is more to the story, “We are catching up with the rest of the country in terms of tech and while there is a lot being done, I believe we need to provide the startups with bridge capital as well,” explained Pandya.