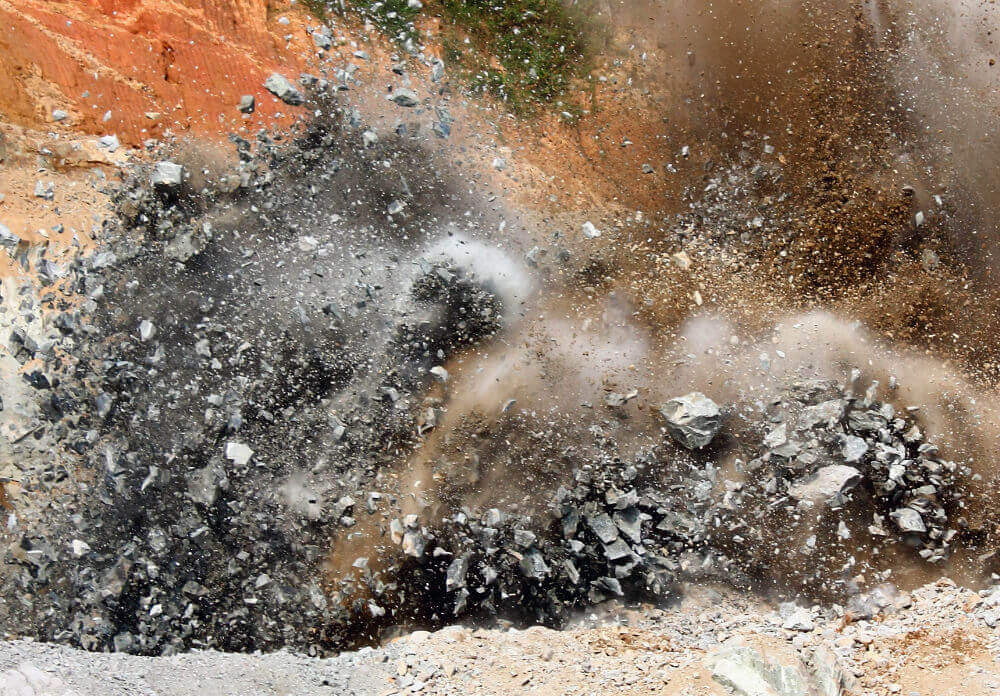 If You Have An Innovative Solution In Detection Of Quarry And Mine Blasts, Dial R For Rajasthan And Take Up The Challenge For Change

April 2017: A blast in a granite mine in Rajasthan’s Jalore district killed three workers.

December 2015: Mine blasts trigger panic among villagers in Mahendragarh, a village located on the border of Rajasthan and Haryana.

To the world, these might be just two incidents they read about in the newspapers. But, for the 50 Lakh people in Rajasthan engaged in mining activities, such fatal and tragic accidents are a way of life.

The mining industry in Rajasthan brings in revenues of INR 1,500 Cr annually. The Rajasthan government has been following the central government’s regulations to the best of everyone’s interest. The government even saved $2.5 Mn in mining costs in 2017 alone and has also been investing in mining waste management studies. But the detection of quarry and mine blasts along with illegal mining is still a pain point for the state.

In a report tabled in the Rajasthan assembly on March 31, the Comptroller and Auditor General had said about 98.87 Lakh tonne of minerals worth INR 204.5 Cr were illegally excavated in five districts of Rajasthan between 2011-12 and 2016-17. Also, it is facing challenges in identifying the difference between quarry blasts and the blasts caused by seismic activities or earthquakes.

In a bid to make mining safer through the employment of technology, the Rajasthan government has called for ideas under its Challenge for Change initiative from individuals and startups. The government is looking for robust and efficient methods to detect such blasts as well as check illegal mining activities on a real-time basis so that necessary responses can be initiated in the shortest possible time.

The state government is seeking solutions that can utilise remote monitoring systems to identify any kind of suspicious activity in mining areas, while taking into consideration the required precision and accuracy for the shared observations on basis of monitoring. The selected startups offering such innovative solutions will thus get a chance to work with the state government towards a greater cause.

So, if you are passionate about leveraging technology in mining and improving the lives of the miners in the state and have an innovative idea that could be the next big thing, all you need to do is register for the Rajasthan government’s Challenge for Challenge. You can apply here to achieve your entrepreneurial dream in mining.

Mining In Rajasthan: An Overview

Today, Rajasthan proudly owns the tag of ‘The Museum of Minerals’ owing to the abundance of both metallic and non-metallic resources here, including building stones. It commands a vantage position in mining because of its significant reserves of radioactive minerals, lignite, petroleum and natural gas.

Also, Rajasthan is the richest state in terms of availability and variety of minerals in the country and produces about 57 different minerals, as mentioned on the Rajasthan government’s official website.

At the same time, the state has also made its efforts to boost the existing mining infrastructure in line with environmental protection guidelines of the Centre and taking steps to curb illegal and unauthorised mining activities.

The Rajasthan government has a Mining Surveillance System (MSS) in place, launched by Centre in October 2016. It sends out alerts on detection of any unusual mining activity that takes place within 500 meter of existing mining boundary leases.

The surveillance system is based on satellite imagery and is being used by the state government for minor minerals in coordination with the State Remote-Sensing Application Centre located at Jodhpur.

The Rajasthan government has also requisitioned the services of QuickBird, an American satellite, to survey 50,000 sq km in 15 districts across the state to monitor the status of areas undermining.

However, this has not proven much effective so far. For instance, in May 2017, a report surfaced that the MSS detected 23 illegal mining cases in Rajasthan. But “the mines department made verification wherein no irregularities were found in 14 of the cases. For the remaining nine, government still has no plan to make inspection,” said the report.

Since past three years, the Rajasthan government has been working extensively with startups and is on a mission to boost the state’s infrastructure while promoting them. The Challenge for Change is one such initiative to give the local startups an opportunity to work with the government, thereby help alleviate problems the state is facing in key revenue generating segments. This includes the segments such as Agriculture, Mining and Wool Industry among others.

Hon’ble CM Vasundhara Raje and Principal Secretary of DoIT&C Akhil Arora have figured out a great mix of innovation + public good. From excellence to leadership, with their farsightedness, the state is promoting IT at all levels to make lives easier at the same time bringing in order and discipline at work.

So, share your innovative ideas in the areas of the quarry and mine blasts detection and monitoring of illegal mining activities with the Rajasthan government, and get a helping hand in achieving your entrepreneurial dream while contributing to the state’s mining sector.