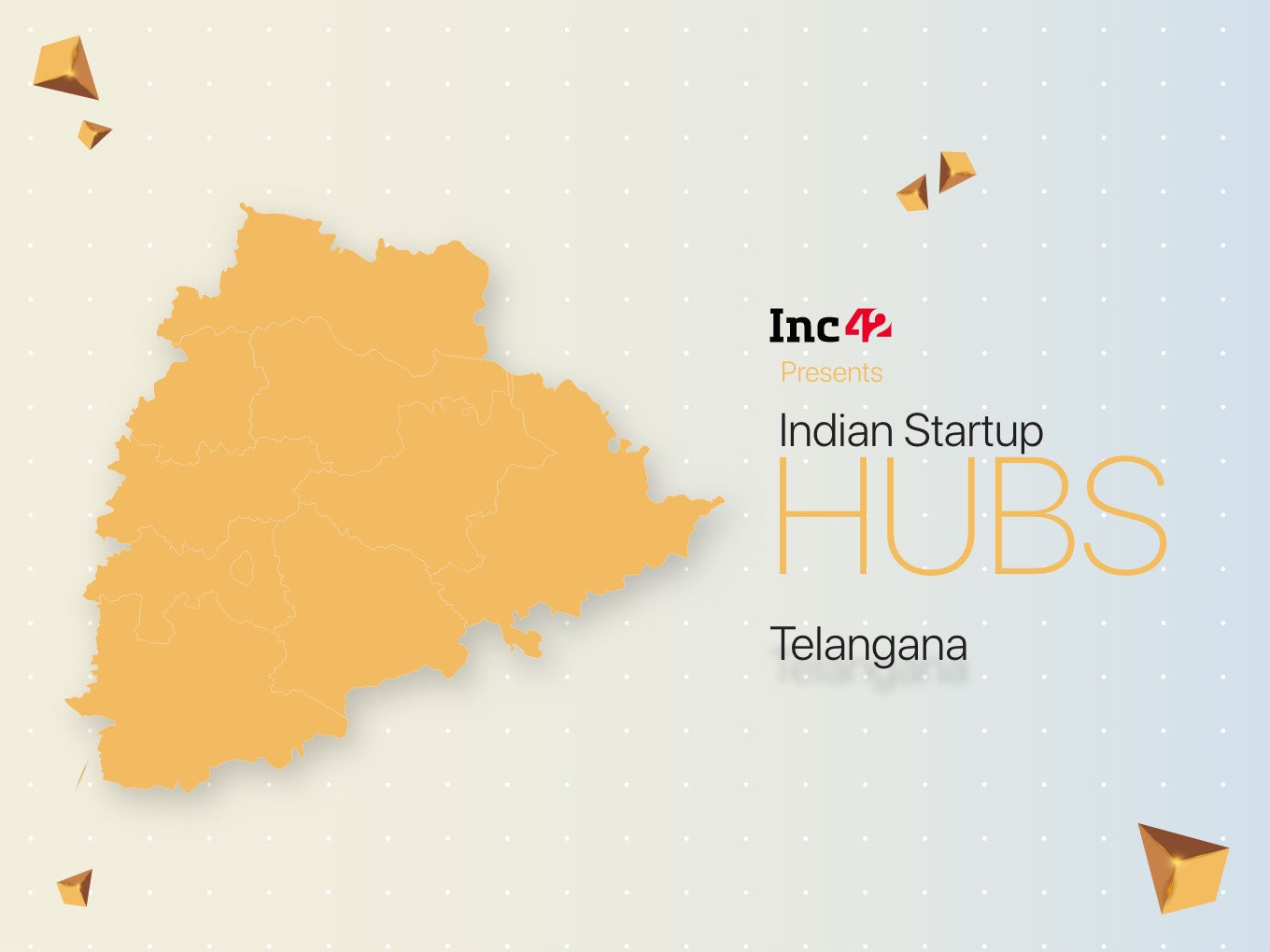 With Hyderabad as the capital, Telangana is known for its startup-friendly policies and infrastructure

However, startups were impacted by the creation of the state from Andhra Pradesh

The startup-focused approach of the Telangana government can be estimated from its multiple sector-specific initiatives such as cleantech focussed Sanitation Hub (S-Hub), We Hub for supporting women entrepreneurs, prototyping centre T Works, blockchain accelerator T-Block among others.

On top of all these, the state is also famous for the country’s largest startup incubator, T-Hub. Irrespective of a proactive government, the state is yet to produce any unicorn startup.

Responding to this, Ramesh Loganathan of IIIT Hyderabad said the reason for the slow growth of the Telangana startup ecosystem is its late-start as compared to other states. “The separation of Telangana from Andhra Pradesh had resulted in a lot of uncertainty for the startups. However, the ecosystem has now started catching speed and can be expected to soon produce high-growth startups from the state,” he added.

Prominent Startups From The State

Telangana is one of the largest hubs for pharmaceuticals companies’ operations and research in India. In addition to this, the state is also home to eight central government agriculture research centres in Hyderabad. This existing knowledge base in Hyderabad is also reflected in the kind of startups that are formed from this region. Overall, life sciences are a major growth area among Hyderabad startups which includes healthtech, medtech and agriculture.

Home to about 2K startups, some of the startups from the state include:

Founded by Raj Shekhar Neravati in 2014, Hug Innovations offers an IoT wearable Hug Smartwatch that employs gesture control for various activities like playing music and so forth. The smartwatch tracks users’ food intake, water intake along with different activities performed throughout the day. Its nutrition dashboard gives the total calories burnt for the day. The startup was recently acquired by Titan.

Darwinbox is an end-to-end integrated human resources system with the core HR processes modules, payroll, and recruitment etc. The company aids in streamlining activities across the employee lifecycle with the help of employee engagement and performance modules.

It is a fintech company founded by Prabhu Ram, Priti Shah, Anil Bharadwaj, Ravi Kiran, Krishna Kishore and Maulik Shahof in 2011. The company’s flagship product mPay is a mobile point of sale (mPOS) solution that allows small merchants and even individuals to accept credit/debit card payment through their smartphones or PCs.

Naidu Darapaneni founded MeraEvents in 2009. It is an event listing, promotion and ticketing platform that connects organisers, delegates, and service providers from across the country.

The state boasts two largest incubation centres in the country including IIIT Hyderabad and T-Hub. Further, NASSCOM Startup Warehouse, TiE Hyderabad and CII are also present in the southern state. Unlike other emerging startup ecosystems, Telangana has an ample access to funding opportunities and mentors because of the investors such as Hyderabad Angels, Anthill Ventures, Sri capital, Endiya Partners and Indian Angel Network among others.

According to Loganathan, the state startups have been growing even without the existence of these enabling structures. Most of the fast-growing startups from Hyderabad had started outside the incubators and later moved into spaces like T-Hub and others.