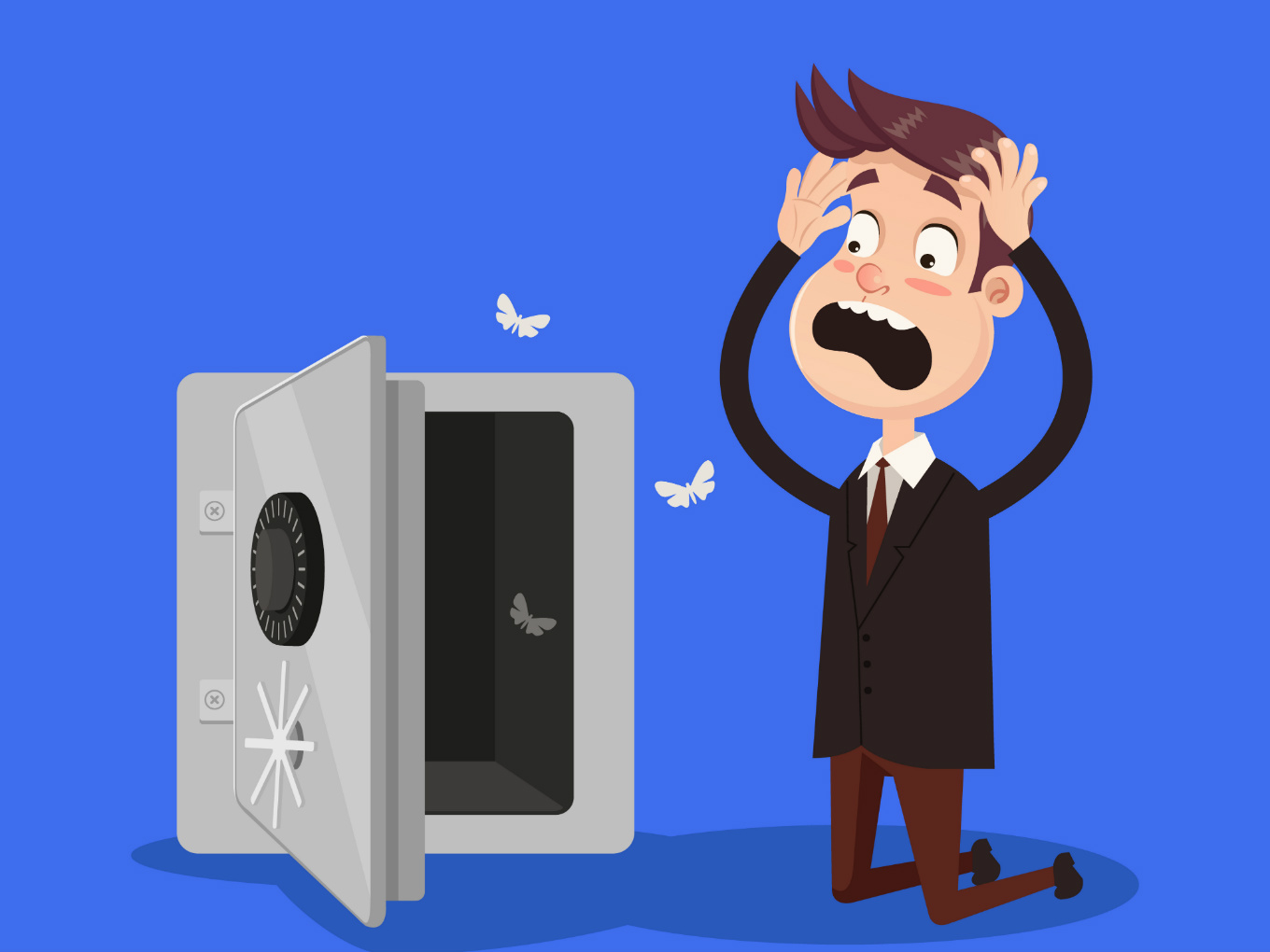 After the I-T crackdown, the foodtech startup currently is left with no money to run its business

Section 56(2)(viib) of the Income Tax (I-T) Act — infamously called angel tax — have been the bane of Indian startups and angel investors. Many startups have gone public earlier about the problems they have faced due to the angel tax law. So far, the Modi government, despite showing all its intent to reform the tax law, has failed to do so.

Startups’ worst fears over the law have now become a reality with harassment over angel tax touching new heights.

New Delhi-based foodtech startup Travelkhana is the latest in a line of startups that have become victim to the draconian angel tax law. The startup is now facing an existential threat owing to an angel tax order. On February 5, the Central Board of Direct Taxes (CBDT) had not only seized all of the startup’s money — amounting to INR 33 Lakh — but also frozen its bank accounts.

While the CBDT unfroze the bank accounts a day later, accepting its mistake, it has refused to return the INR 33 Lakh it seized from the startup.

Founded in 2012, by Pushpinder Singh Travelkhana is an online meal-booking platform for train passengers. It is backed by renowned investors — Rajan Anandan and Mohandas Pai.

Travelkhana received the I-T notice in Q4, 2018. While the company was constantly interacting with assessing officers (AOs) and responding to their queries raised in the notice. The situation worsened in December when “despite co-operating with the income tax officers, we received an I-T assessment order demanding the tax as well as a penalty over the investment we raised in the FY2015-16,” said Singh.

The angel tax crackdown has left no money in the startup’s accounts. Siddarth Pai, founding partner of 3One4 Capital who is also member of the working committee to resolve angel tax issue for startups told Inc42, “In case of Travelkhana, after receiving the tax notice in November 2018, the company was coordinating with all their investors and was preparing a response with every investor’s bank account details, PAN, etc. This takes time. However, the time given to the company to respond was too less.”

When asked about the matter, the CBDT spokesperson told Inc42 that the board is not aware of such “micro developments”. However, it is willing to look into the issue if all the details are emailed to it.

What the CBDT calls a “micro-development” has left a startup and its employees in the lurch. According to Singh, the money seized by the CBDT will not only affect the 70 employees of the company but also the vendors which are dependent on them. “While it has directly affected our employees and business, if we take the vendors into account, this will affect around 2,000 lives,” said Singh.

What Exactly Happened Since The Angel Tax Notice To Travelkhana

Speaking to Inc42, Travelkhana founder and CEO Pushpinder Singh said that in Q4 2018, he received I-T notices against the funding Travelkhana had raised in FY 2015-16. “In November-December last year, while we were cooperating and responding to the I-T notice, we received an assessment order demand to pay the angel tax as well as the penalty over the investment we had received.”

On January 15, Singh appealed against the assessment order. On February 4, he further requested the I-T AOs to countermand the order as the company needed money to run the business.

“However, on the evening of February 5, we found that all the money, a sum amount of around INR 33 Lakh, was deducted from all of our four bank accounts — three with ICICI Bank and one with the SBI — and the accounts were frozen,” said Singh.

The next day, when Singh consulted the banks, he was told that I-T officers had come to the banks and seized all the money and ordered to freeze the accounts.

Singh then went to the CBDT, which said that it had made a mistake. “The CBDT said this is something done by mistake. They unfroze the accounts. The assessment officers, however, said that they are not in a position to give the money back that was seized by the income tax officials a day back,” Singh told Inc42.

It is worth noting that on December 24 last year, the CBDT had issued a notification relating to Section 56(2)(viib) of the I-T Act. The notification said that no coercive action would be taken against any of the startups that had received demand orders from the I-T office.

Singh said that the CBDT neither accepted nor denied his request made on February 4, when the startup referred to the board’s notification on angel tax, CBDT officials said, “You should have said that Travelkhana is a startup.”

We asked Singh whether he really forgot to mention this. “We have told them this many times,” he replied.

Speaking on the matter, Nakul Saxena, Director-policy, iSPIRT Foundation commented, “This is a jarring and very disappointing incident for the startup ecosystem. The CBDT needs to iterate to the AOs the no-coercion mandate on angel tax and resolve this matter at the earliest. I understand that the freeze on the bank accounts has now been removed, but the funds need to be refunded. In addition, this clearly goes to amplify the fact that the angel tax issue needs to be addressed by the government once and for all,”

Like Travelkhana, AddoDoc Technologies is another startup facing the angel tax terror. Speaking to Inc42, Siddhartha Ahluwalia, cofounder and CEO, AddoDoc Technologies said, “We received angel tax notice almost two months back (for the FY 2016-17). While we were consulting the lawyers and chartered accountants on the matter, we never actually received any assessment order demand. It was only on February 6, 2019, I received an SMS that the I-T department has deducted INR 72 Lakhs angel tax from our company bank account.” 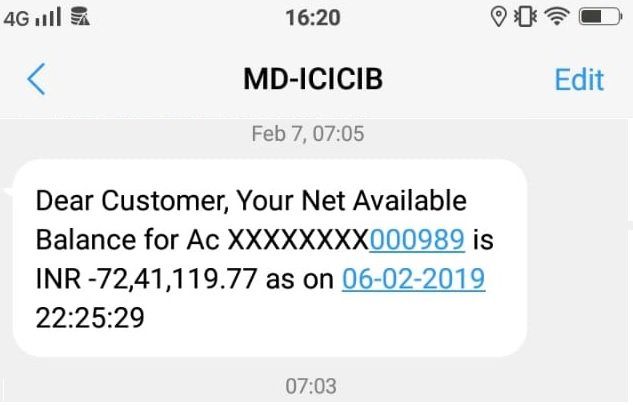 However, unlike Singh’s account,  Ahluwalia’s company account was not operational as it was acquired by Sheroes, two years ago. “Thankfully, we didn’t have much balance in it. the balance in the account is now – INR 72Lakhs,” he said.

What Does Travelkhana Do Now?

Explaining the curse of the draconian law, Pai in an AMA with Inc42 said that In India, first, you get an I-T notice under Section 271 and then you get a demand notice. Afterwards, you have two choices:

“The appeal itself is a semi-court proceeding and more often than not takes two-three years to settle. In case of further appeals, you need to go to the Income Tax Appellate Tribunal (ITAT) and then to the high courts, which can take than 5-7 years to resolve the case,” Pai added.

Hardly any startup in India has enough money in its pocket to focus on their products, pay angel tax, and continue to fight a legal battle for 5-7 years.

“We want at least a portion of the money to be refunded so that we can run the business,” said Singh.

With the angel tax protest by startups reaching a fever pitch, on February 4, officials from the DPIIT and the CBDT had held a roundtable meeting with various startup-related organisations — NASSCOM, the Indian Private Equity and Venture Capital Association (IVCA), iSPIRT, and LocalCircles. The meeting decided to form a small working group to assess the issue.

The working committee, formed during the February 4 roundtable discussion, will be meeting today at 5 pm at the DPIIT office.

“If the working committee agrees on the matter, a solution can be expected by tomorrow. We are also of the opinion that the exemption should be extended to startups who have been served either the I-T notice or the demand order,” said Pai.

Speaking on the matter, DPIIT secretary Ramesh Abhishek said, “We have got a number of suggestions. We will form a small working group and try to come out with some suggestions and solutions in the next four-five days.”

However, this might take time. Commerce and industry minister Suresh Prabhu, as well as the interim finance minister Piyush Goyal, both known for being responsive to people’s concerns, must look into the matter at the earliest, before the draconian law kills the chances of another startup.

Here, it happens to be Travelkhana which has also tied up with IRCTC.

Standing with what Pushpinder Singh had to go through, startups have demanded that the CBDT should not only resolve the Travelkhana issue at the earliest but must return the money while the legality of the issue might take its own course.

Clarifying its stance on the matter, the CBDT stated that the assessee nor its director submitted any certificate from the DPIIT to indicate its status of being a startup, either during the assessment proceedings or thereafter.

The CBDT statement has been reproduced here.

On ascertaining the facts it is seen that the additions in the case were made u/s 68 of the Income-tax Act, 1961 on account of unexplained cash credits and not u/s 56(2)(viib) on account of premium on shares, as has been alleged.

The assessee did not obtain any stay in respect of the demand raised. Had the stay been obtained, recovery proceedings would not have been instituted by the department. Since there was no stay against recovery and the demand had become due, the department recovered Rs. 36 lakh after attaching the bank accounts of the assesse. Thereafter, all the bank accounts were released.

It may also be noted that neither the assessee nor its Director submitted any certificate from DIPP to indicate its status of being a startup, either during the assessment proceedings or thereafter, which is a mandatory requirement as per extant instructions in the matter. Had such a certificate been furnished, this situation would not have arisen.

Thus, it is clear that the case of Travelkhana is not covered by the instruction issued by CBDT dated 24th December, 2018  prohibiting coercive measures for enforcing recovery of outstanding demand in Angel Tax cases as the addition was made under Section 68 of the IT Act and not under section 56(2)(viib). Therefore, the action of the assessing officer of enforcing recovery of demand is not in violation of CBDT’s instructions.

Responding to the CBDT notification, Singh has reproduced the chronology of entire development, citing the lack of responsiveness from the CBDT.

He said that while an appeal was filed in the first week of January 2019, on January 15 and February 4, twice, requests for a stay of action were made with the AO. However, “We did not receive any response to the requests. And, against the principles of justice, we found that accounts extracted of INR 33 Lakh on 5th Feb 2019,” said Singh.