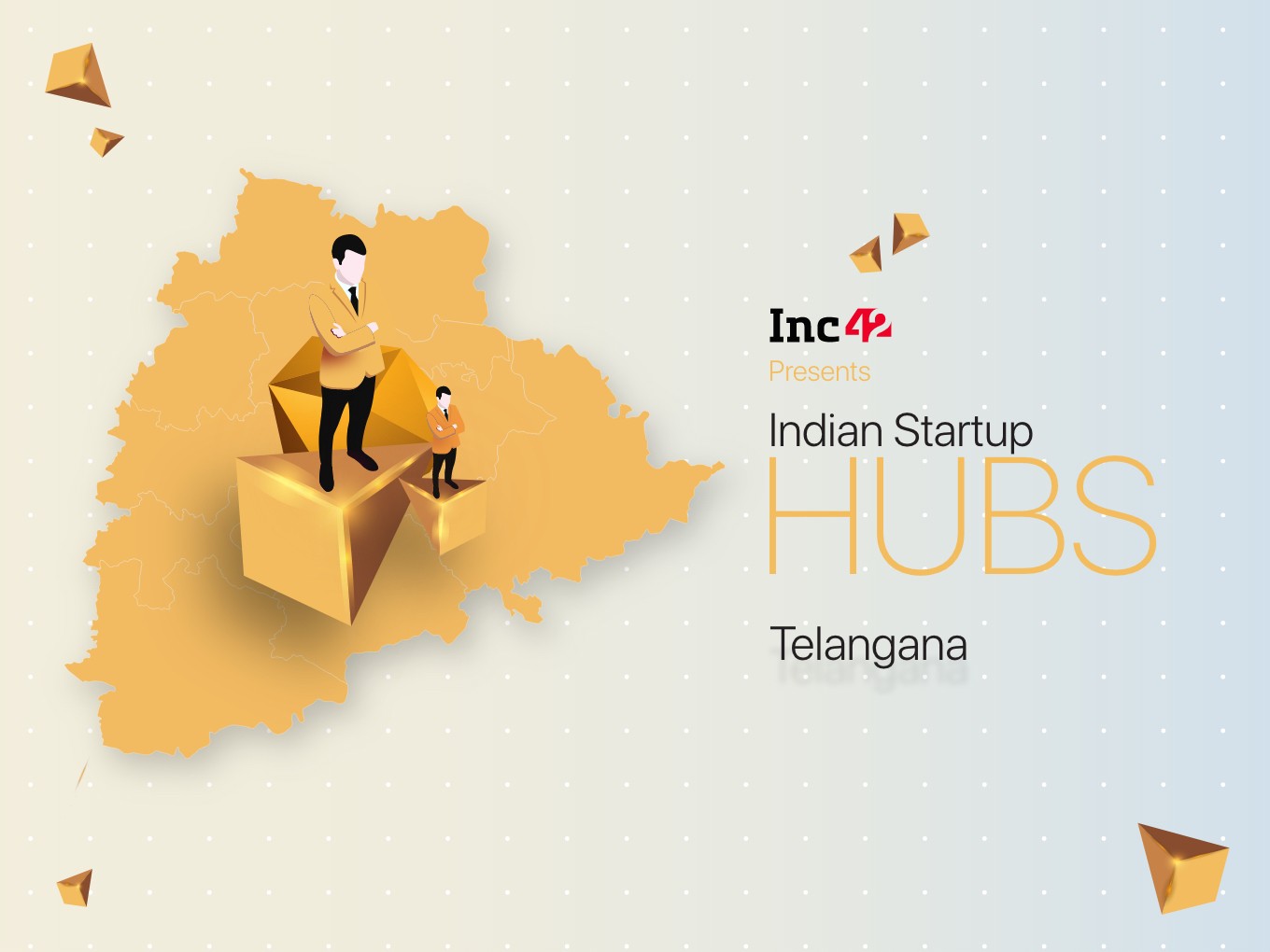 The state is known for its multiple state-sponsored incubators

Some prominent enabling structures in the state include IIIT Hyderabad,TiE and more

Telangana also has a list of Hyderabad Angels, Anthill Ventures, Endiya Partners among others

With Hyderabad as its flagship startup hub, the state of Telangana is looking to carve a niche in various emerging sectors that may not be the top of the agenda in other Indian states. Known for its state government-supported innovation ecosystem, the state’s focus has been around emerging technologies such as blockchain, augmented reality/virtual reality, renewable energy and blockchain. This means a lot of the onus of enabling startups actually falls with the government since venture capital money is more risk-averse.

The Telangana government has also been enabling entry of various accelerator programmes to support its initiatives. Partnerships such as T-hub, inQ Innovation, Hyper Hub, fintech accelerator, healthtech market access programme and others have propped up startups in the state.

Adding to this, the progress in curriculum and entrepreneurial culture at educational institutions such as the International Institute of Information Technology (IIIT), Indian School of Business (ISB) and others are also said to have contributed to the growth of the state’s startup ecosystem.

However, in our conversation with the ecosystem stakeholders, the Hyderabad startups are said to be growing irrespective of the state government’s infrastructure. “Most of the fast-growing startups from Hyderabad have started outside the incubators and later moved into spaces like T-Hub and others,” said Ramesh Loganathan, professor of co-innovation at IIIT Hyderabad.

International Institute of Information Technology, Hyderabad manages its innovation, entrepreneurial and technology outreach efforts through Centre for Innovation & Entrepreneurship (CIE). Started in 2008, CIE has over 35,000 sqft of office area and also runs an accelerator called Avishkar.

10,000 Startups is an initiative by NASSCOM to scale up the startup ecosystem in India, with significant presence in most major metros. The body works on fostering entrepreneurship, build entrepreneurial capabilities at scale, and strengthen early-stage support for tech startups.

A nonprofit body catering to entrepreneurs in all industries, TiE has a presence in many cities in India. TiE (The Indus Entrepreneurs) Hyderabad Chapter is a network of 150+ charter members and is said to be impacting over 1100 startups and 6400+ students. It conducts over 131 events and activities including  TiE Grad, TiE Young Entrepreneurs, TYE Summer, Open Mic, Mentor Advisor, Deeptech SIG, Investor Connect, Knowledge Series, and more.

The Confederation of Indian Industry (CII) is a non-profit industry-led organisation. It works to create and sustain an environment conducive to the development industry through advisory and consultative processes.

Hyderabad Angels (HA) was established in 2012 and boasts a diverse board of directors including Mahesh Katragadda, Pradeep Dhobale, Rajesh Manthena, and Ramana Gupta among others. Hyderabad Angels portfolio include Explara, Thrillophilia, Realbox and more.

Anthill runs a speed-scaling ecosystem for startups. It invests in early-stage companies focused on verticals such as media and entertainment, healthtech and urban tech. Its portfolio includes startups like 91springboard, Ketto, Travellio, SheildSquare and others.

SRI Capital is an early-stage venture capital firm focused on investing in startups primarily in the US and in India. Its primary focus sectors include enterprise software and deeptech. Sri Capital usually invest between $1Mn – $3 Mn for a meaningful minority interest.

Indian Angel Network is an angel network with close to 500 members across the world. With investors from 11 countries, IAN’s presence spans seven locations, which includes cities in India and the UK.  The network is sector agnostic and has funded start-ups across 17 sectors in India and seven other countries growing global footprint companies. Some of its investee companies include WebEngage, Druva, Box8, Sapience Analytics, WOW Momos, and Consure among others.