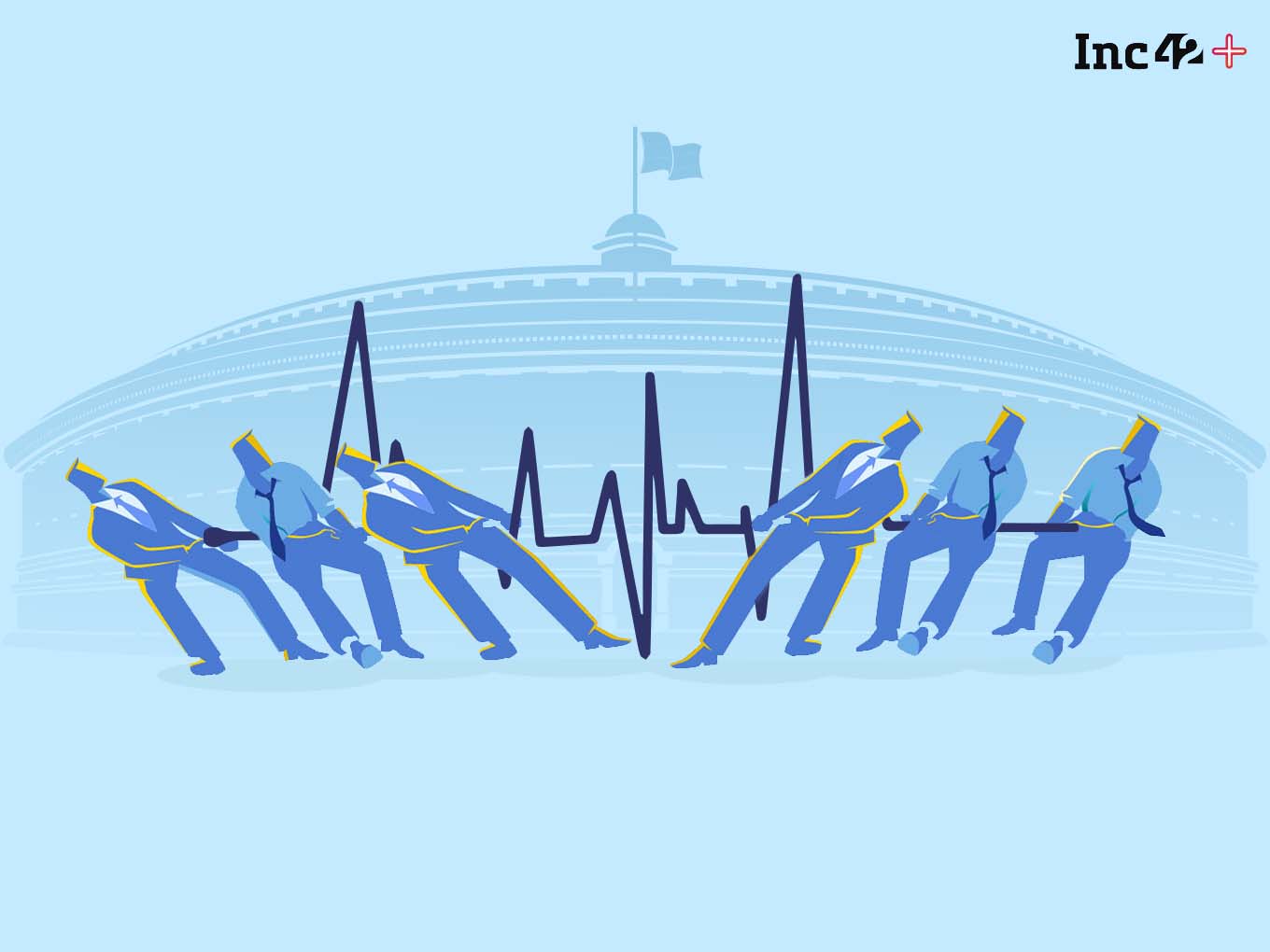 Multiple states have not been able to implement many of the healthcare policies, as funds are not released in a timely manner by the centre, which results in poor implementation and public healthcare gaps

Then came the Covid-19 pandemic, which not only exposed healthcare deficiencies at every level, but also laid bare the stagnant public healthcare spending and poor implementation of policies by states

Has India got its healthcare policies and priorities wrong, and what would it take to build the infrastructure parallelly with the government with increased participation from startups?

India's healthtech startups were growing rapidly even before the pandemic, but Covid-19 has ushered in a new age. This series dives into the trends, startups business models emerging in the wake of Covid-19.

The Covid-19 pandemic has badly exposed the healthcare system of India at almost every level. While the prolonged lockdown had initially kept the rate of active cases in check, the recent growth rate has been exponential and India has overtaken Russia to have the third-highest number of confirmed Covid-19 cases, behind the US and Brazil.

And, there is a long list of reasons for India having badly failed in flattening the curve, from the low rate of testing to the poorly enforced lockdown rules in certain parts of the country.

“In India, if you see, people don’t take their health as seriously as they do other things in their lives. People plan for the house, their marriages… they plan for everything, even for the honeymoon, but they hardly plan for health, which is quite ironic,” explains Dr. Amit Jotwani, cofounder and CMO of virtual cancer care platform Onco.

Despite the harsh truth that our health is bound to deteriorate over time as we age, Indians don’t plan much for it, says Jotwani. Since it’s not on our priority list, the governments — states as well as the centre —  too have not prioritised healthcare infrastructure, he claimed.