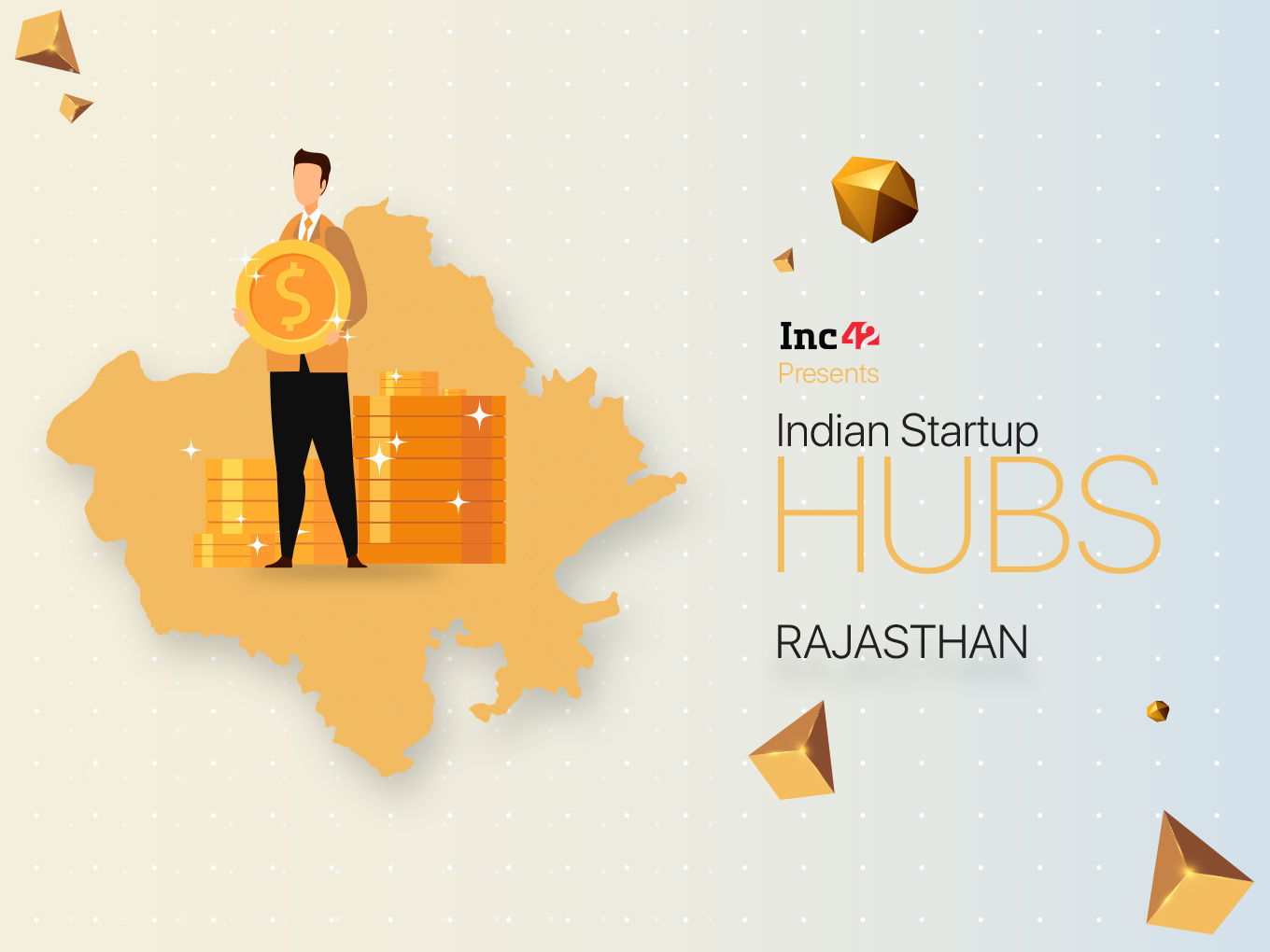 Some of the prominent enablers are iStart, Startup Oasis and TiE Rajasthan

The growth of Rajasthan startups has been heavily supported by government initiatives such as the state-of-the-art coworking space and incubator in Bhamashah Techno Hub, the iStart incubator, startup events such as Dealchallenge and other ecosystem activities.

Built in a span of 15 months, the Techno Hub is spread across a sprawling 100K sq ft facility and has a seating capacity for 700. It also hosts a digital museum and a tinkering lab for the development of products, adaptive learning, computational thinking, physical computing and more. It provides completely free infrastructure to startups and entrepreneurs. And, that is not restricted to seating arrangements only. Over 50 mentors have already been on-boarded to help guide and mentor the startups.

In addition to these, the state government had also set up a Bhamashah Techno Fund with a fund size of INR 500 crore ($73.5 Mn) to accelerate the growth of startups. These efforts of the state government have encouraged the private players in this state as well, led by investor bodies, incubators and educational institutions. Here’s a look at the startup enablers of Rajasthan.

RAIN is a group of angel investors from Jaipur investing in early-stage businesses. The RAIN members claim to collectively commit not just money, but also time and expertise for the portfolio startups.

Founded in 2002, the RVCF is also an early-stage angel fund with an average ticket size of INR 1 Cr to INR 10 Cr. Its sector focus is on agriculture, food, healthcare and education and it has launched three funds so far — RVCF Fund I (which is under liquidation), RVCF Trust II – SME TECH FUND ( under divestment) and RVCF Trust III – RVCF India Growth Fund (actively investing).

The Rajasthan chapter of the global entrepreneurship fostering body TiE has also contributed to the growth of the state’s startups. Among the notable activities of TiE Rajasthan are TiECon, Smashup, Pitch Off @ TiE Rajasthan, TiE Sprint, TiE International Startup Competition, Roundtable Sessions, and Member Retreats, which offer a great opportunity for investors and startups to network and connect, as well as learn from their peers.

MNIT Jaipur has set up a Technology Business Incubator (TBI), with the support of Indian Government’s Department of Science and Technology (DST) in December 2016. Registered as a non-profit body, the MNIT incubator is named as MNIT Innovation and Incubation Centre (MIIC). Till now, MNIT has incubated 58 startups including Bodhi AI, ECOWRAP, Proxbotics, Safarnama and more.

The world’s largest women-only residential institute Banasthali Vidyapith has also emerged as a prime contributor to the Rajasthan’s startup ecosystem through the establishment of its incubator, the Atal Incubation Centre (AIC). Banasthali Vidyapith partnered with NITI Aayog to set up this incubation center. AIC is focussed on developing incubation programmes which are especially designed to meet the needs of women-led startups. Banasthali Vidyapith’s portfolio includes Miss Chhotees, Educloud, Robokart and more.

As one of the leading management institutions in India, the Indian Institute of Management, Udaipur has taken a central role in the incubation ecosystem in the city. IIM-U’s incubation centre with the approval of the government’s department of science and technology in 2016. The incubation centre includes faculty, students and alumni of IIMU, domain experts, mentors and service providers from the industry. The centre offers programs such as Launch N Zoom 2.0 Accelerator, business plan competitions and more. Some of the incubatees at the centre include Doodhbhandar, Mati Amrit Clay, Prodigious, Pichain Innovations, and Tootb Healthtech among others.

Gujarat’s IIM Ahmedabad and the Rajasthan State Industrial Development and Investment Corporation (RICCO) have established a body called Startup Oasis. It offers a range of services including accelerator and incubator support and coworking spaces. Startup Oasis claims to have incubated 202 startups such as Tinkerly (formerly SRJNA), Thrillophilia, Razorpay among thousands of others. With 76 startups under incubation currently, the company also offers coworking space in Jaipur available at INR 2.4K for one seat per month.