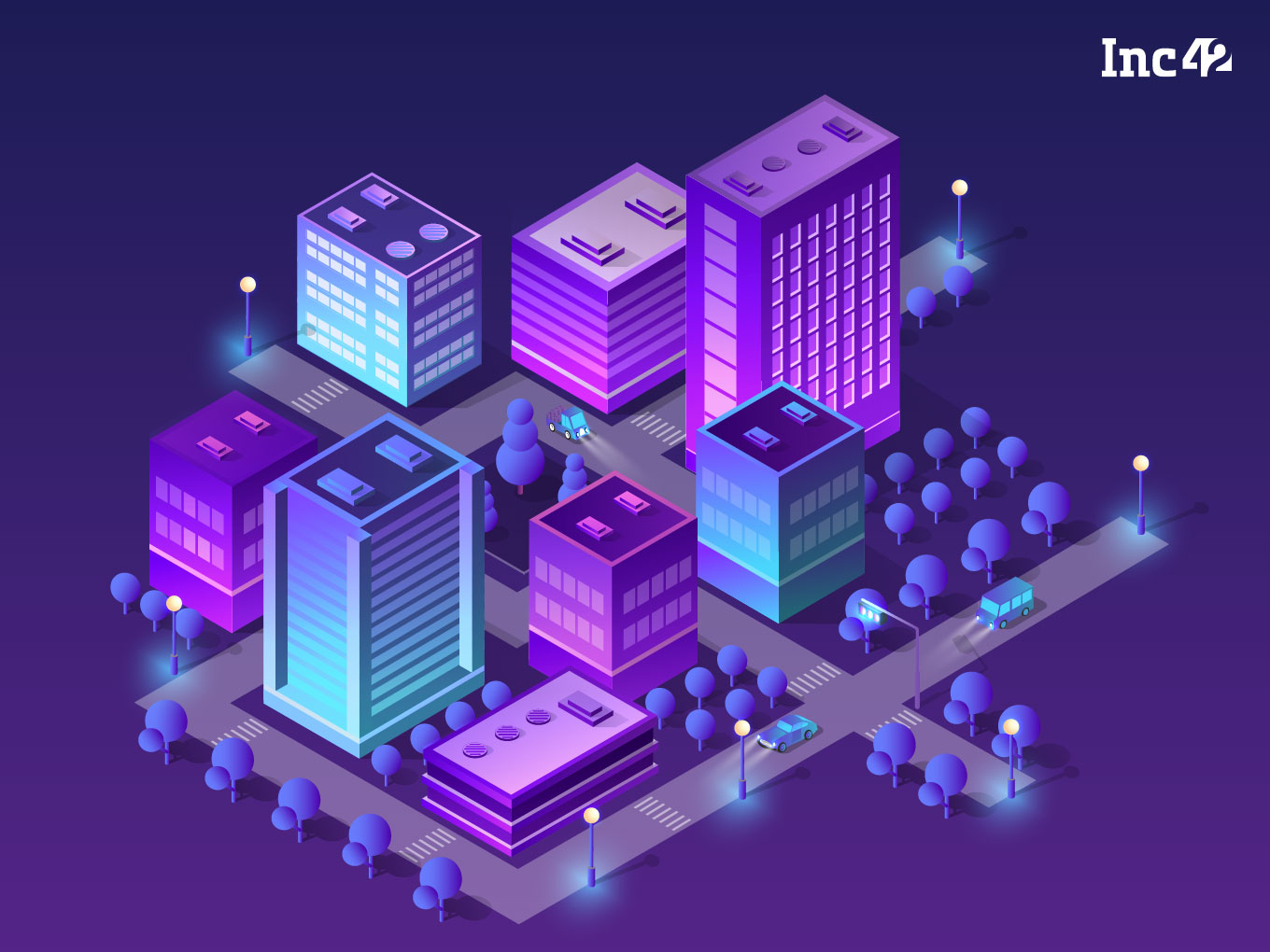 Spread over 180K sq ft, the KTIZ campus in Kerala can accommodate up to 1000 startups

When the Startup India programme was launched in January 2016, the Indian government saw it as an avenue to resolve India’s rising unemployment and build a culture of innovation in the country.

But as has been evident over the past three years of the programme, building this startup ecosystem has not been smooth sailing.

“Startups are all consuming. If you start a startup, it will take over your life to a degree that you cannot imagine.”

And in India, the challenge was to develop the world’s third-largest startup ecosystem which encompasses over 39,000 startups.

Realising the tough task in hand, the Department of Promotion for Industry and Internal Trade (DPIIT), the Department of Science and Technology, Union of India, along with NITI Aayog, state governments and private players — investors, entrepreneurs, educational institutions and other organisations — announced a slew of infrastructural reforms. This includes Fund of Funds for Startups (FFS) by the centre as well as the state, tax exemptions, flexible policies for startups and most importantly, incubation hubs in various states.

As part of the Inc42 and Amazon Web Services (AWS) ongoing series, Hidden Ecosystem Champions, where we have covered the aspects that are creating the most impact in the early-stage startup ecosystem, we are taking stock of the leading government-backed incubation centres and coworking spaces in the country, in three major states.

“The incubation center will not charge any kind of fee from startups as well as entrepreneurs and shall provide free facilities unlike T-Hub in Hyderabad which charges a fee for different facilities. It will be bigger than the biggest T-Hubs operational in India,” Akhil Arora, former principal secretary, IT and Communication Department of Rajasthan, had said at the launch.

Launched in Jaipur, the capital of Rajasthan, the Techno Hub (earlier Bhamashah Techno Hub) incubator provides end-to-end support to startups, ranging from infrastructure, technology, angel funding, access to venture capitalists, mentorship, exposure to national and international organisations, experts and much more. At the moment, 180 startups have set their base up at the Techno Hub.

Built in a span of 15 months, the Techno Hub is spread across a sprawling 100K  sq ft facility and has a seating capacity for 700. It also hosts a digital museum and a tinkering lab for the development of products, adaptive learning, computational thinking, physical computing, etc.

Built and backed by the government, the key USP of the Techno Hub is that it provides completely free infrastructure to startups and entrepreneurs. And, that is not restricted to seating arrangements only. The Hub also intends to provide research and innovation lab for the entrepreneurs. Over 50 mentors have already been on-boarded to help guide and mentor the startups.

In fact, the Techno Hub offers space, top-class mentors, experts across industries on a full-time basis, exposure to other startups in similar domains, and assistance in raising investments, all without any charges or a stake in the startups. The hub also features labs to foster creativity and imagination among entrepreneurs and startup employees and to help them inculcate self-reliant skills such as adaptive learning, computational thinking, physical computing, etc.

The centre will be accessible to the selected startups round the clock and through the week, and will also provide operational advice, banking support, and guidance in wading through IPR laws and applications.

“Rajasthan has 1,000 startups currently that have created 5,000-6,000 jobs. With Techno Hub, we aim to create more than 5,000 startups in the next few years employing more than 1 Lakh people,” said Mohandas Pai, chairman, Manipal Global Education during the launch.

The government is also running iStart Nest incubation centre which has currently over 45 startups under incubation. The right mentoring and timely funding assistance define the success story for any startup. Recognising the importance of this, the Rajasthan government has set up the Incubation Hub for mentoring and as an investment platform.

The hub aims to accelerate the growth of startups and promote emerging technological and knowledge-based ventures in the state. It seeks to do this by providing end-to-end support to entrepreneurs covering the entire gamut of a startup’s journey — from pitching the idea to connecting with the investor network and going to market.

Hyderabad has long been known as the centre of India’s IT revolution and even though Bengaluru has grabbed the title of India’s startup capital, the Telangana capital has a major role to play in the Indian startup ecosystem’s future.

Launched by S. L. Narasimhan, Governor of Telangana; Ratan Tata, Chairman Emeritus of Tata Sons; and K. T. Rama Rao, Telangana IT & Panchayat Raj Minister in November 2015, T-Hub (or Technology Hub), Hyderabad is spread across 70K sq ft. The T-Hub has been built as part of a private-public partnership between the government of Telangana, and the three premier institutes of Telangana — IIIT-H, ISB & NALSAR.

Since its establishment, the T-Hub has been anchoring the government’s startup-related initiatives in the state The Hub supports technology-related startups across multiple sectors and the state’s mission is to encourage and fuel more startup success stories in India.

However, unlike Techno Hub, as T-Hub is built in PPP, the seating and infrastructure offerings aren’t free.

As part of the state’s Innovation Policy, the T-Hub, in its phase II development, also aims to expand to 300Ksq ft.

The state’s Innovation Policy has defined T-Hub’s major responsibilities as:

The Hub’s working methodology has been divided into two parts with one being a not-for-profit arm that helps develop the Telangana startup ecosystem such as bringing other stakeholders in the state, while the other is a for-profit arm which will provide mentorship to startups to guide them to success.

The T-Hub also looks to create outposts in prominent startup destinations such as Silicon Valley and Singapore, thereby giving its partner members a window to the global market if they intend to expand beyond India.

On the lines of T-Hub and the Techno Hub, the Kerala Startup Mission (KSUM, formerly Technopark Technology Business Incubator, T-TBI) was launched in January this year. The nodal agency of the Kerala state government for the state startup policy implementation, launched Kerala Technology Innovation Zone (KTIZ) to provide the best of innovation and business development infrastructure to entrepreneurs in the southern state.

Unlike the existing standalone Catalyst Building at the T-Hub in Hyderabad, KTIZ has been developed as an integrated startup complex, spread over 180K sq ft and can accommodate 500-1000 startups creating over 2 lakh jobs in the state.

Kerala Chief Minister Pinarayi Vijayan said that the state, in fact, aims to develop the largest technology innovation zone in the world.

The KTIZ provides not only dedicated areas for startups in various sectors, but it also provides separate facilities for angel investors and has provisions for other related stakeholders to benefit from the infrastructure.

The entire complex, once fully prepared, will provide the following facilities, highlighted on the graphical representation of KSUM below.

Besides KTIZ, Kerala has currently over 20 incubators, three techno-lodges and an accelerator. KSUM also provides support and partnering at various levels to these incubators for their effective operation. Besides organising a three-month acceleration programme in collaboration with Zone Startups, KSUM has also joined hands with EY, launching a business & technology accelerator to provide for fully equipped and functional office space of 1500 sq.ft at KINFRA Film & Video Park, Thiruvananthapuram.

IAMAI has also entered Kerala with Mobile 10x, opening new opportunities for app development communities. Maker Village in the Technology Innovation Zone is equipped with state-of-the-art facilities for prototyping of hardware products. Kerala also has the TIMed and BioNest facilities to offer support to health and life sciences startup. The ideas, which emerges winged out of IEDCs gets financially accredited through Idea Day, find themselves equipped in incubators, for the long journey.

While these three incubators have been directly backed by the state governments, in other states, incubation programmes are being run and led by NGOs or private firms, with support extended by the government.

For instance, last year the Deshpande Foundation had started India’s second largest incubation centre in Hubli. Supported partially by the state government, the incubation centre is spread over 100K sq ft and is sector agnostic. What’s unique with the centre is the state-of-art infrastructure it provides to the ESDM (Electronics System Design and Manufacturing) sector.

Similarly, NASSCOM’s 10,000 Startups incubation programmes which aim to incubate 10K startups across the country is also being supported by various state governments as well as the central government.

Governments in Rajasthan, Karnataka, Gujarat, Telangana and many other states have also been running incubation programmes at college-level. These steps combined with more such private incubators have definitely boosted the Indian startup ecosystem.

However, besides making the infrastructure, there are numerous other dots that must be connected in order to strengthen the startup ecosystem in the country. This includes mentoring, funding at every stage, and most importantly a startup-friendly policy in each sector.

While establishing large coworking and incubation centres are one way the state governments have addressed the ecosystem issues at large, it must be noted that incubation centres cannot work in isolation but in conjunction with ecosystem pillars such as universities, corporate entities, VCs and angel investors.