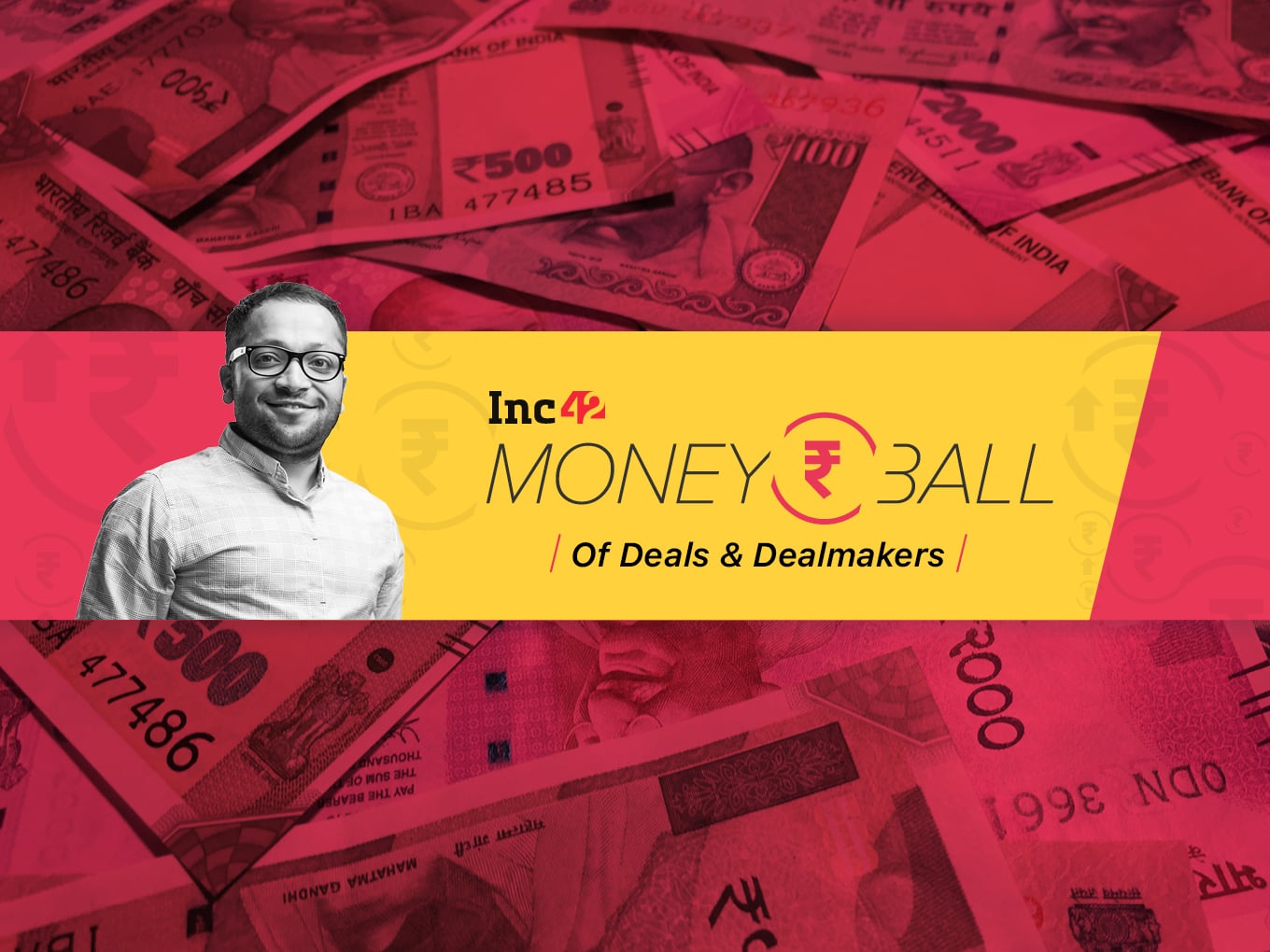 From studying medicine to two-time entrepreneur to a venture capital investor at Lightspeed India, Vaibhav Agrawal’s professional arc has been a diverse one

The high risk-high reward world of venture capital is an ever shifting world where the future of business is predicted today. Inc42’s Moneyball is series which focuses on the who’s who of the venture capital world, deconstructing the trends, how it works, why it works and what it feels like to be part of the world of venture funding. Explore other Moneyball stories here.

From studying medicine to two-time entrepreneur to a venture capital investor at Lightspeed India, Vaibhav Agrawal’s professional arc has been a diverse one. “These are the experiences I draw on,” the investor told Inc42, admitting that his own failures have helped him develop great empathy with startup founders.

Dropping out of medical school to start his first venture, a chain of family clinics in New Delhi, Agrawal went on to join George Soros’ venture fund Aspada, worked as an associate at McKinsey & Co and somewhere in the middle got a degree in business studies from Stanford University. In 2015 he started his second venture called Comfort, a digital platform for home-based health care and returned to India and soon joined Lightspeed Venture Partners in 2016.’

Agrawal joining Lightspeed coincided with the firm’s rapid rise through the ranks of India’s prominent VCs and he has personally overseen Lightspeed India’s investments in B2B marketplace Udaan and other marquee bets in transport tech (Shuttl) and healthcare (Innovaccer) and others.

In an interview with Inc42, Agrawal outlines his journey, his investment philosophy and what he looks for in the founders and startups he funds. (Edited excerpts)

Inc42: What made you switch from being an emergency response (ER) doctor to startup founder to venture investor?

Vaibhav Agrawal: I moved back from Chicago where I was working in ER to shifted to India. I wanted to start the healthcare problem in India at a massive scale. I had seen that a lot of young families that were moving to Delhi, Gurugram, Mumbai, really had no quality primary care, neither did all my friends who I had gone to med school with wanted to come to India and be a physician. So I thought this looks like a problem thats not going to get solved and I came back and started a chain of clinics (Prima Healthcare) to give primary care to people and that’s how my journey began.

I am an entrepreneur at heart. I started two companies. After Prima I started another company in the Silicon Valley called Comfort which provides home-based health care. One thing led to another and I joined Lightspeed India Ventures in 2016.

Inc42: As a VC do you identify yourself as domain expert, networker or operator?

Vaibhav Agrawal: I would classify myself as an operator turned VC. Now I would say I draw on those experiences as a founder, so I help other founders in stuff like hiring people or making strategic decisions, honestly I have made a lot of mistakes and I draw on those. Another important thing for me is empathy for the founders and the process that they are going through and help them build large companies.

Inc42: What are the things you work on with a founder when you take a company into your portfolio?

Vaibhav Agrawal: What I’ve found that one of the most crucial things that an investor can do without a founder in the early stage is pull them out of the day-to-day and help them see the bigger picture. Most founders you meet are such high-energy and action oriented people, that they want to do everything. So one of the questions I ask founders in that “Hey what can you not focus on? What trade-offs are you ready to make?. So pulling them out of the trap of wanting to focus on everything is one of the first things I focus on.

Vaibhav Agrawal: I think that focus is a really powerful thing. The sharper your focus, the sharper your go-to-market approach, the more impact you most likely have. If the founder is focussed on growth, defining your tech stack, design and hiring, nothing is going to get done. But if the founder is razor focussed on hiring a good head of sales and defining product-market fit, then success is more likely. I think focussing is a very important thing.

The second thing is that not everything is equally important to attend to at all stages. It is really important to pick and crack certain areas at different stages of the business. So many times when we have these conversations with founders we can help them see around the corner. Questions like “What is that one skill set that is missing in my team? or “How do I spend my time as the CEO in the next six months?” are all things that come out in our conversations.

Inc42: Could you give us a real-life example of how these concepts get implemented?

Vaibhav Agrawal: Sure, for example in the early days of Innovaccer, it was a B2B software selling in large hospitals in the US, they would sell horizontal business intelligence to a whole variety of customers. Through conversations with me and other partners at Lightspeed, the founder realised that “ Hey! healthcare is where I could have a lot of pull and build a very deep product. So it led them to pivot from a business tool that does everything for everyone to a very sharp product which is population health management for a very specific setup customers which is large hospitals in the US.

Inc42: India has one of the lowest per capita income in the world. Do you see that becoming an impediment to consumer startups? How does it feature in your calculations?

Vaibhav Agrawal: Yes you can never ignore the spending power of a market. If that wasn’t the case India would have been the largest market in everything after China probably. But we think large companies get built in India at mass-market price points and that’s how businesses in India differ from the businesses in the US.

Inc42: Would you say you are partial to any sector or stage?

Vaibhav Agrawal: No I fundamentally believe that when three things happen: When great founders go after large markets using technology in an interesting way, Lightspeed wants to back those founders. Doesn’t matter if the company is just getting started, or at the idea stage, that’s not too early for us. If the company has tens of millions of dollars of revenue that is not too late. We would invest at any stage right from seed, pre series A, B to even C.

Inc42: What do you think makes a great founder?

Vaibhav Agrawal: I wish it was that easy to say. I don’t think there is a magic formula to being a great founder. When you are looking for diamonds in the rough, well guess what no two diamonds look the same. I think extremely high quality founders are outliers. There is no set pattern or formula.

Most founders in India are starting a company for the first time. So for the first few years their role changes every six to twelve months. In the early days they are thinking about their idea and getting cofounders together, after that there is capital raising, then from selling to setting up a mission and then hiring indirectly through people. And all of these things they are doing for the first time. So the ability to learn quickly and do things right the first time is something that great founders do very very well.

Inc42: Is there something great founders do at pitch meetings that sets them apart?

Vaibhav Agrawal: Great founders also have very profound clarity of thought. They can see an idea and articulate it in ways that it is extremely easy to understand. I think that’s a very rare quality and very few people do it, but when they do it, it really shines through and creates an impact on VCs.

Inc42: What is your outlook for the future of the startup ecosystem?

Vaibhav Agrawal: One of the few things that surprised me was how deep the market is. For our recently concluded Extreme Entrepreneurs Series, we got over 900 applications from 101 cities in India. So I think the entrepreneurship and startup movement is really expanding beyond the top three-four cities and that reflects both the diversity of founders we meet and also the problems they are choosing to solve. So I am very excited about founders going after India’s problems and there are large markets here.

So whether it is content, education, real estate, jobs, I think there are very deep markets ready to be tapped. So I am excited about the rise of the new indian founder.