Moneyball: Cisco’s Pankaj Mitra On What Startups Bring To The Table For Big Tech

Moneyball: Cisco’s Pankaj Mitra On What Startups Bring To The Table For Big Tech 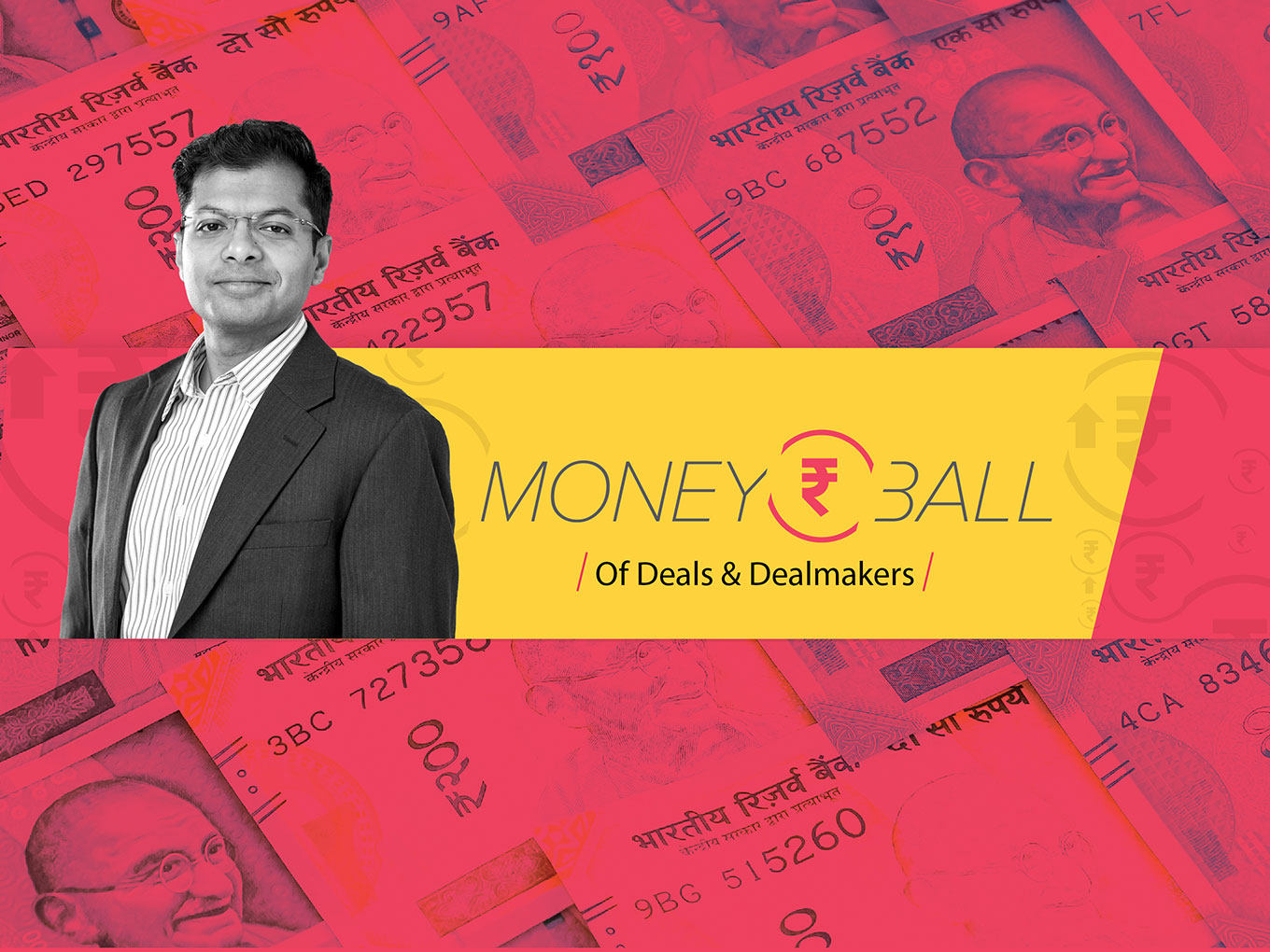 Cisco’s India portfolio has about 15 startups, a few venture funds and accelerators

Being a corporate venture fund, Cisco is in the position to offer market access and increase reach of startups, he said

The high risk-high reward world of venture capital is an ever-shifting world where the future of business is predicted today. Inc42’s Moneyball is a series which focuses on the who’s who of the venture capital world, deconstructing trends, and the startup ideas that attract investments. The latest edition focusses on corporate venture fund Cisco Investments and its strategy for India. Explore other Moneyball stories here.

US tech conglomerate’s Cisco’s venture investment journey in India began way back in 2015 with the acquisition of Pawaa, a cloud-based file-sharing software maker. Since then it has earmarked the Cisco India fund to invest in Indian startups. With a portfolio that includes not just tech startups but also venture funds like Stellaris Venture Partners and accelerators like Cisco Launch Pad, Cisco is in a unique position to influence the course of action for startups, from incubation to acceleration to funding and even acquisitions. Cisco said it would acquire portfolio SaaS company CloudCherry in FY2020.

Pankaj Mitra, the head of Cisco’s India investments unit, is no stranger to corporate venture funds that offer a lot more than just funding to startups. He was a principal at the innovation fund of Infosys before joining Cisco in 2018. Over the years, Cisco has not only backed hard-tech startups, but also invested in ventures in sectors that are not traditionally tech-oriented. Speaking to Inc42 about the diversified investment strategy for Cisco, Mitra’s insights also show how small startups can fit into the larger worldwide markets and within corporate plans.

Note: Corporate venture funds are a very specific subset of venture capital. Like a classic VC fund, they have a dedicated investment team and they operate the same way. But while the main objective of VC funds is to have a good return on investment (ROI) for its investors, corporate funds look at ways to get innovative new ideas, synergies and generate strategic value for the corporation.

Inc42: What is the role of Cisco’s venture fund under the larger company banner, which is renowned for its networking prowess?

Pankaj Mitra: I look at Cisco Investments in India so we are like a VC inside Cisco. We do everything from investments to acquisitions to joint ventures, so basically inorganic innovation. We look at the innovation outside the four walls of Cisco.

Inc42: How do you work with startups in particular?

Pankaj Mitra: There are four things here. We run an accelerator called Launch Pad. Here we take very young companies which are interesting to Cisco and give them tech mentorship, go-to market advice and other support. We run cohorts twice a year. So we work like an accelerator for young startups. Then we have Cisco investments. You will see us co-investing in many startups and the value that we bring there is that we bring the startups to our market.

We have a $50 Bn go-to-market machine. This gives startups visibility and opportunities to scale up.

Then we have acquisitions. We acquired App Dynamics for $3.7 Bn and also smaller companies from time to time. So we invest to expand our portfolio, to look at market transitions or enter new markets. The fourth element is partnerships with startups which we may not acquire or integrate but would love to work with. For example, Simplilearn falls into this last bucket.

Inc42: Is Cisco’s investment thesis sector-focussed or is it about backing the right idea regardless of the sector?

Pankaj Mitra: We are definitely sector-focussed. We care about sectors that are relevant from Cisco’s perspective such as enterprise networking, collaboration, security, cloud, data analytics and IoT. You will see us investing in these areas. These are core areas which align very well with Cisco’s business.

Then there are adjacent areas where we are interested in. For instance, we acquired Duo Security which was in the identity space but our involvement started with an investment. Third, is new markets and we want to make sure that we have a ringside view of what is going on so that Cisco can potentially enter at a later stage.

Inc42: Could you give us an example of the new markets that you are looking at?

Pankaj Mitra: In India specifically, if you look at logistics, it’s an enormous market that is being turned from an unorganised market to organised all through tech and that too by startups. It’s not being done by offline brokers like it was done in the West. Given this dynamic, we are looking at how Cisco can play a role in this revolution. There are IoT elements there and there’s connectivity, so there’s an interesting angle for Cisco.

Another one is Aadhaar and India Stack. Startups which are using India Stack to build applications are also interesting to us.

Inc42: What do you think of India’s startup ecosystem in deeptech segments such as IoT and AI applications?

Pankaj Mitra: We think it’s an young ecosystem, nowhere like in Israel, let alone Silicon Valley. But we are bullish about India’s deeptech startups because over the years, we have seen a few things happening. First of all the talent base has improved significantly. From a venture ecosystem, there’s a bit of money flowing into the B2B ecosystem. A few years back it was mostly B2C. Now we see healthy growth in funding in the B2B sector. And the third is that there has been some success with Indian B2B startups such as FreshDesk and Zoho. These are companies which have figured out how to sell in India and equally importantly sell outside of India. But we are still a few years away from being the next Israel.

Inc42: What IoT startups are going to be of interest to Cisco in the coming year?

Pankaj Mitra: I think startups which will be of interest are going to be the ones which focus on specific applications. Let’s say in IoT, a startup is solving the issue of quality in manufacturing. If some startup goes very deep into that and brings out a technology which reduces defects significantly, it will attract attention and investment. I think what you will see is that startups which go deep into their specific domains will be the interesting startups that will come up.

“Startup investments give us insights that allow us to make strategic decisions on where Cisco itself should go.”

Inc42: What does your average ticket size look like?

Pankaj Mitra: In our accelerator programme, we don’t take equity. It’s our way of giving back to the community and also tracking interesting companies. From Cisco Investments perspective, the sweet spot is between $3 Mn – $5 Mn typically. But for something which is core to us and of strategic value, we won’t be shy of signing bigger cheques and leading rounds in tens of millions of dollars as we have done in the US. And we see the same potential in India.

Inc42: What are the ideas or qualities that startups and founders can focus on to attract large multinational companies such as Cisco?

Pankaj Mitra: We have always acknowledged that innovation can happen and does happen outside of the four walls of the company. And what we want to do is make sure we tap into that ecosystem. We have a five-pillar innovation strategy: we build, buy (acquire), invest, partner, and co-develop. Buying and investing are the fundamental parts of it.

What founders bring to the table is insights that allow us to make strategic decisions on where Cisco itself should go.

For instance, let’s talk about SD-WAN ( software-defined networking in a wide area network.) When Cisco was thinking about getting into the SD-WAN space, we saw that there was a market transition going on where EDGE-routing was being updated to SD-WAN. So we started some internal efforts in technology too. But we saw that a lot of VC money was going into SD-WAN startups outside of Cisco and so we had to get in on the action and invested in a startup that informed us about the market evolution and how customers are reacting to this. Over the years we kept track of that market and saw that it was a large enough for Cisco to get in. That’s when we acquired Viptela. (For $610 Mn in 2017) and became the market leader in SD-WAN.

Editor’s note: Part of this interview have been edited for clarity