Kumar feels that the user experience of the Bharat audience with respect to a product doesn’t need to change but the ticket sizes, onboarding and go to market strategies have to be different

Relatively a newcomer in the VC world, she has been involved with several investments in the last 4 years — API maker Setu and digital ledger OkCredit, vernacular audiobook app PocketFM and product manager hiring platform Upraised to name a few 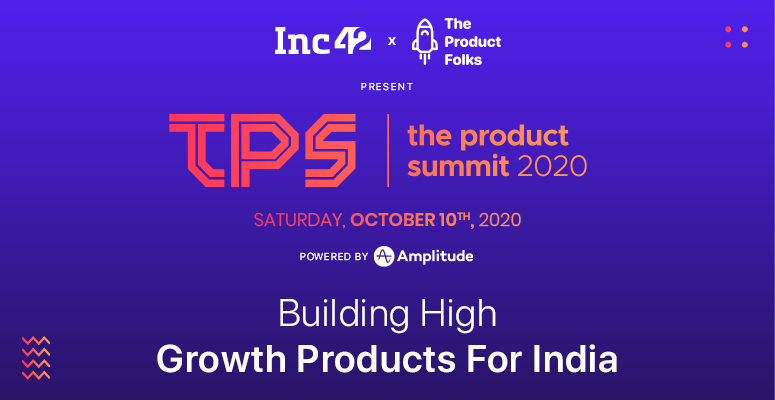 The HBO sitcom ‘Silicon Valley’ introduced us to a motley set of characters that typify the tech startup world — the quirky founders obsessed with their products, engineering mavericks who are sparring with each other, sales-obsessed CEOs or VCs who are in a constant state of calculation, evaluating ideas and judging people.

Harsha Kumar, who is now a partner at VC firm Lightspeed India, seems to have seen most of these in her career. She started her career as a software engineer and product manager in IT company Persistent Systems and the American online gaming startup Zynga. While racing up the management ladder, she also managed to sneak in an MBA degree from INSEAD.

When Harsha started as the product head of Ola in 2014, the ride-hailing company was doing 3K rides per day and was yet to challenge the dominance of Uber in any big way. By the time she had ended her stint at Ola in 2016, it had scaled up to a million rides a day and had achieved a unicorn valuation. While obviously not all of this is down to Harsha’s work, but the experience of scaling up a product by such a multiplier would be worth a lifetime of work experience for many.

While Upraised’s target group can be graded as a Tier 1 audience, Setu, OkCredit and PocketFM are aimed at buyers and sellers who belong to Tier 2 and 3 India — commonly referred to as the Bharat segment in the tech startup world. 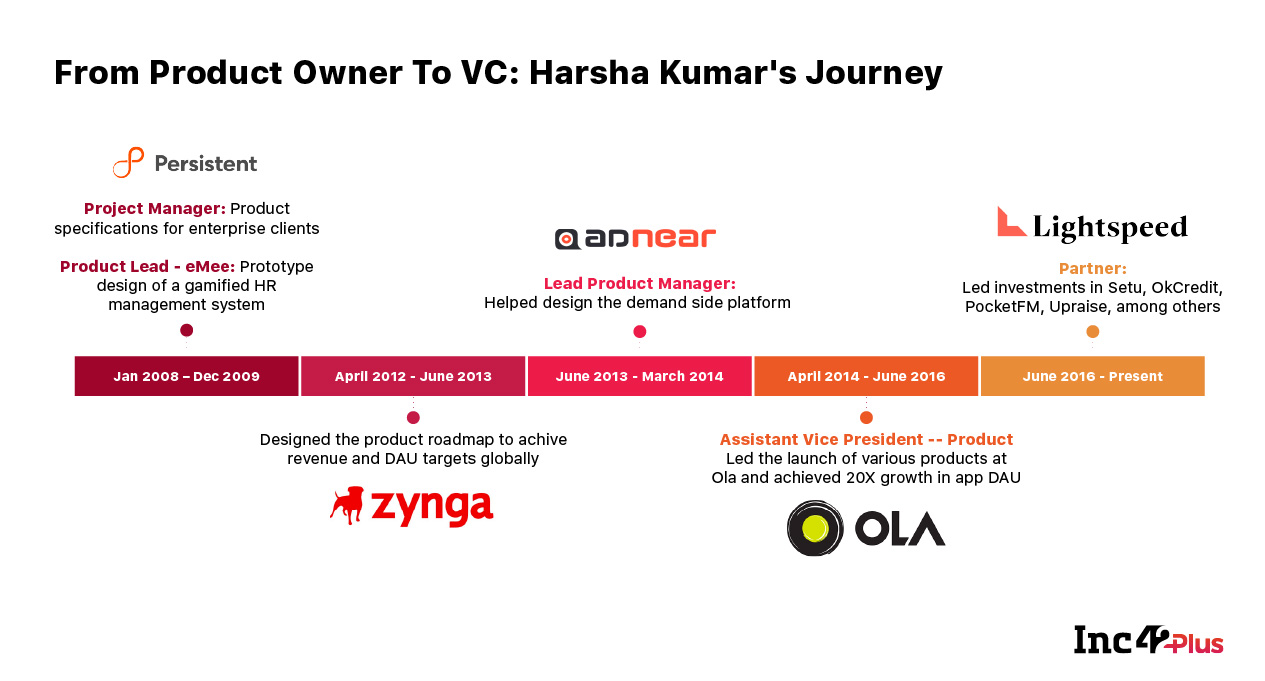 When most tech entrepreneurs or budding engineers think of products, there are fancy images of polished UX and differentiated UI floating in their minds, but building products for the majority of Indian consumers and business users is about figuring out which inherent problem a product will face. Given the disparity in user behaviour in urban and semi-urban/rural context — so-called India vs Bharat debate — product builders need to think about solving niche problems.

The product category is also key when considering these two disparate markets. Kumar says exposure to technology and software is not new for the Bharat audience, particularly given the penetration of social media apps like WhatsApp, Facebook, YouTube and TikTok. But in commerce, the product has to also push them into changing some of their behaviour such as avoiding digital payments.

“A couple of things are still different — most of Bharat for example while using online products is not transacting online yet. They might not buy products worth INR 2,000- INR 3,000 upfront but maybe you can extract something that costs INR 10 or INR 50 from them through micropayments,” Harsha, who will be speaking at Inc42 and TPF’s The Product Summit in October, told us.

So the product’s user experience (UX) for the Bharat audience doesn’t need to change compared to the Tier 1 segment but ticket sizes, onboarding and go-to-market strategies need to be differentiated. While both audiences can be reached digitally, Bharat still has the lingering sense that hoardings, print and TV advertisements are markers of a branded product.

Beyond reaching the target audience, the strategy to bring them onboard and make them engaged users also needs critical evaluation. For example, creating an email address is hard for many such users, and it’s simply not intuitive, argues Harsha. “Onboarding flows have to be a lot more simple and you need to go down the route of pre-installs or let’s say working with electronics vendors who are traditionally the IT guys for most of this audience,” Kumar said.

One of the most important segments that comprises this non-tech-savvy audience is the SMB space. India is home to approximately 63 Mn SMBs as per government estimates in 2015-16, presenting an $8.7 Bn opportunity for horizontal SaaS providers, according to an Inc42 Plus report.

“The term SMB is used very loosely and the reality is SMBs can be sliced and diced many ways,” said the VC who has led investments in Setu and OkCredit, startups that cater to this segment in different ways. The broad basis of how SMBs could be differentiated is their tech awareness and the monetisation strategies that can work in the segment, according to Kumar.

While service providers are more likely to be at ease with navigating a digital product, kiranas and blue-collar workers need a helping hand in this. On the monetisation front, service providers themselves often work with a fat margin, making it that much simpler to extract value from them through a digital product, whereas catering to other sets of users will yield different margins.

Harsha used the term microsoftware in a 2019 LinkedIn post to explain how products can be built for the needs of SMB users.

“Their [SMBs] exposure has been to very simple products and so the expectation is that whatever product or software you provide to this segment has to be designed extremely simply…I almost think of them as a collection of tools or a collection of minimum viable solutions,” she told Inc42.

One example of microsoftware is WhatsApp, which is heavily used by most small business owners to get inventory and attached quotes from suppliers and send requirements and pictures upon receipt to them. Harsha believes this can be replaced by a standalone product. “This is not a category for which I will build an extensive inventory management solution but instead what I will do is provide a simple IoT device that automatically scans what’s happening on the inventory side”, Harsha added as an example.

Clearly, understanding the nitty-gritty of an individual’s or business’ needs is no easy task, yet the fate of a product hinges entirely on this. While keeping it simple is easier said than done, how does a young company hack it in absence of customer data and experience in the market?

When making an investment decision as a VC, Harsha said she relies a lot on a person’s life’s story as well as their own early product journey to identify whether they have a growth mindset — people who are incessant problem solvers and know which problems to attack. However, it’s not only the vision of a founder but also the entire product design and management function that matters.

“I feel product teams are basically a bunch of people that are excited about solving problems… whether your problem is growth or retention, ideally a product person should be able to adapt,” she elaborated.

A product manager is often caught between being an aesthete or a designer and a manager who is chasing engagement and conversion metrics. And these days, product managers often have to be a designer themselves, given the typical team structures at many startups, where often the design function is shared across teams such as sales, marketing, content, and product.

One of the challenges in building a product team is getting product designers and managers on the same page. If a product designer’s aim is only to improve the user experience whereas a product manager is thinking of a different goal such as DAUs, it will be hard to find alignment.

But anyone who is serious about building a product needs to review the structure of the product team. For Harsha, product teams where designers and managers are working together would lead to less friction as having the same person on top creates more harmony.

Businesses, where product designers are used as resources to just help the product manager, would see different outcomes compared to other startups where they are an integral part of the product team. “In the former, you are just using product designers as a tool to help you whereas in the latter you are working with them to come up with a solution,” added Kumar.

She gives an example from her time in Ola —  a product team that’s looking at the onboarding flow would also have a product designer who is part of that team. Preferably, the team would consist of two product managers and a product designer and all three of them would be focussed on the solving for onboarding flow. This would help to make sure that the managers and designers are always aligned in their goals and nobody is thinking or working in a silo.

“A designer is solving his design skills whereas a manager is using his analytical skills to solve the same problem… Two product managers doing their thinking and then going to a designer and then saying colour it leads to a very smart resource being ridiculously under utilised.”