How Long Do Startups In India Take To Become Unicorns?

How Long Do Startups In India Take To Become Unicorns? 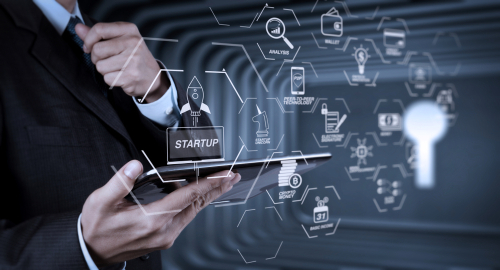 India is one of the fastest-growing startup ecosystems in the world.

But as the availability of capital increases in India, the time for the startups to attain unicorn status from the date of incorporation has gone down dramatically.

On an average, how long do startups in India take to become unicorns?

There’s a reason they are called unicorns. India is home to over 39K startups (2018 data) but only a handful have managed to reach the billion-dollar valuation mark. If we are speaking percentages, under 1% of the ecosystem has entered the hallowed unicorn club.

But as the availability of capital increases in India, the time for the startups to attain unicorn status from the date of incorporation has gone down dramatically.

As per DataLabs research of a sample set of 31 Indian unicorns over the year, the contribution of 2019 was 26% (till Q3 2019) — seven startups reached this mark this year. The Datalabs by Inc42 report on the state of the ecosystem till Q3 2019 indicates that the median founding year for the unicorns in India is 2010, which is also the year when MakeMyTrip became India’s first unicorn.

Gurgaon based online ticketing platform MakeMyTrip is one of the two listed unicorns in India. Founded by Deep Kalra, Keyur Joshi and Rajesh Magow, MakeMyTrip was launched in 2000. The company has raised a total funding of $548 Mn by key investors such as Ctrip, Tiger Fund, Helion Venture Partners and Sierra Ventures. Currently valued at $2.6 Bn MakeMyTrip achieved the unicorn status in 2010

Launched in 2007 by two ex-amazon employees, Sachin Bansal and Binny Bansal, Flipkart is currently valued at $22 Bn. The ecommerce giant is backed by investors such as SoftBank, Naspers, and Tiger Global Management among others. An acquisition deal with Walmart worth $16 Bn saw many investors exit in 2018.  The online book store-turned-ecommerce major, achieved the unicorn status in 2012

Founded by Dhiraj Rajaram, Bengaluru based Data Analytics startup Mu Sigma is one of the first companies in India to have realised the importance of data. Currently valued at $1.5 Bn, the company has raised a total of $211 Mn funding by key investors including Sequoia Capital, General Atlantic and MasterCard. Mu Sigma turned unicorn in 2013

Claiming to be the second Indian unicorn to turn profitable, InMobi was launched in 2007. The adtech platform achieved the unicorn stage in 2014. Founded by Naveen Tewari, Amit Gupta and Mohit Saxena the company has raised a total funding of $320 Mn with a current valuation of $1 Bn. InMobi’s key investors include SoftBank, Kleiner Perkins Caufield & Byers, Tennenbaum Capital Partners, Sherpalo Ventures.

Ecommerce major Snapdeal is currently seen as making a comeback to become profitable. Founded by Kunal Bahl and Rohit Bansal, Snapdeal saw a wave of discontinuing users owing to the intolerance debate in India in 2015 and then later with the whole Snapchat debacle.

Snapdeal has raised a total funding of $1.8 Bn with key investors such as SoftBank, Alibaba, Kalaari Capital among others. The ecommerce major achieved the unicorn status in 2014 with a current valuation of $1 Bn

Founded by Bhavish Aggarwal and Ankit Bhati, Ola was launched in the year 2010. The bengaluru based cab-hailing giant is backed by key investors such as SoftBank, Tencent Holdings and Tekne Capital. With a total funding of $3.8 Bn, Ola is currently valued at $6.2 Bn. The cab hailing major achieved the unicorn status in 2014

Bengaluru based online classifieds marketplace Quikr was launched in 2008 by founders Jiby Thomas and Pranay Chulet. Backed by Kinnevik AB, Brand Capital and Tiger Global Management among others, Quikr has raised a total funding of $430 Mn with a current valuation of over $1 Bn.

The ecommerce marketplace achieved the unicorn status in 2015

Gurgaon based foodtech startup Zomato was launched in 2008.Since then, the company has ventured into many diverse products suchs Zomato Gold and Infinity Dining. However, owing to the logout campaign this year, Zomato has discontinued the Infinity Dining on its platform.

Zomato’s key investors include Sequoia Capital, InfoEdge, and Ant Financial among others. With a total funding of $775.6 Mn, the fodtech major is currently valued at $3.6 Bn.

Zomato achieved the unicorn status in 2015

Launched in 2012, Founder Kavin Bharti Mittal’s Hike has diversified its platform with inclusions of payments and gaming services on its messaging platform. With a total funding of $261 Mn, Hike is backed by Bharti SoftBank, Tiger Global Management, and Tencent Holdings among others. Currently valued at $1.4 Bn, Hike achieved Unicorn status in 2016

Ecommerce platform ShopClues, a one time Indian ecommerce unicorn, claimed the unicorn status in 2016. With a total funding of $255.9 Mn, the ecommerce major is backed by key investors including Helion Venture Partners, Nexus Venture Partners, GIC, and Tiger Global Management. ShopClues was acquired by Singapore-based Qoo10 in October 2019

Founded by Sumant Sinha, ReNew Power is a renewable energy independent power producer (IPP). With a total funding of $1.6 Bn, the clean energy platform is backed by key investors such as Goldman Sachs, Franklin Templeton India, JP Morgan, L&T and more. Renew Power joined the startup unicorn club in 2017 with a current valuation of $2 Bn.